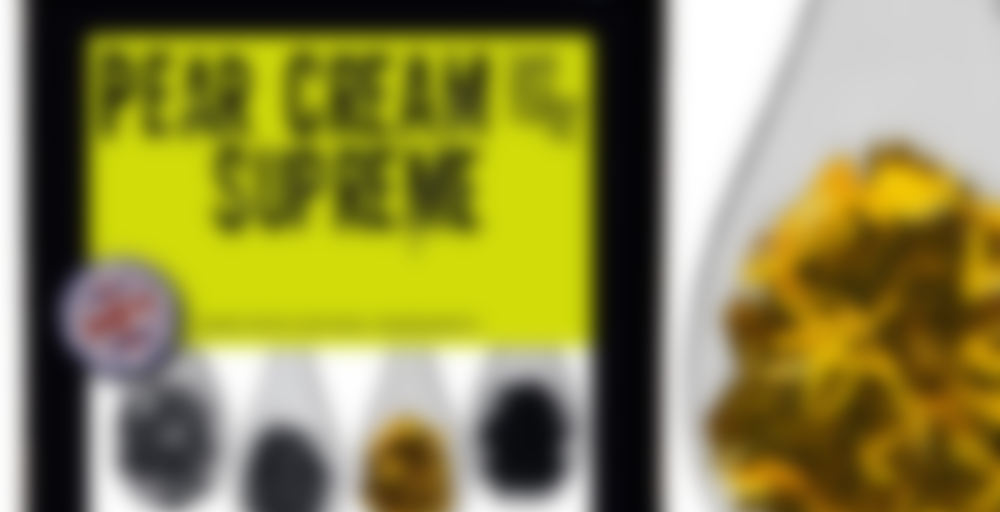 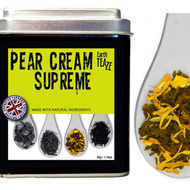 Pear, it seems, is a hard flavour to replicate in a natural tasting way in teas, at least according to the reviews that I’ve read on this site. This tea actually doesn’t do that bad a job at it. It does it by combining apple and fennel which actually works to create a taste that is somewhere between baked pear and a bosc pear when the flavourings are well blended together. However I don’t really get a feeling or taste of cream in this tea. This is a gunpowder green tea crossed with silver needle style white, and I suppose that this base could produce a creamy feel if steeped properly. However the green tea used here is quite aggressive and bitter even when steeped at short intervals. The white tea looks quite nice though with lots of silver hairs. Both teas were sourced in Sri Lanka.

The tea brews to a nice light saffron yellow. There is a nice balance between the tea and the flavouring with both remaining present. The tea base is lightly astringent, providing a bit of a tang like you would get when eating fresh fruit, it has a faintly bitter vegetative quality to it. The fruit flavour ranges betwween apple with fennel and pear. When the fennel mixes with the apple flavour it really does
taste like pear, The tea is pleasant but I think that the suggested brew time of two minutes would make this tea overly bitter. The tea still remains slightly bitter even with shorter 40s steep times but then the fennel becomes more dominant over the fruit. At the second steep the green tea softens, becomes silkier, and slightly sweeter. The Flavouring remains consistant. Not a bad effort, I might like it better if I add sugar to tone down the bitterness, but It would have been nicer if the tea had been made with a sweeter base tea.