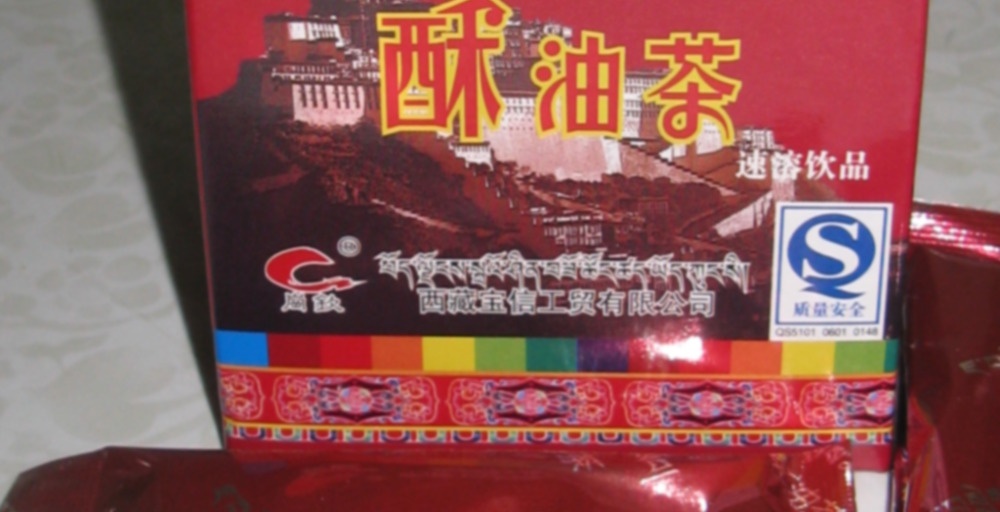 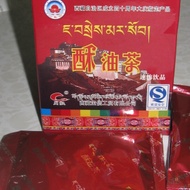 by Dragon Tea House
74
You

Butter tea, also known as po cha, Tibetan tea, su you cha, is a drink of the Tibetans and Chinese minorities in southwestern China. It is also consumed in Bhutan. It is made from tea leaves, yak butter, and salt.

Drinking butter tea is a regular part of Tibetan life. Before work, a Tibetan will typically down several bowlfuls of this tangy beverage, and it is always served to guests. Nomads are said to often drink up to 40 cups of it a day. Since butter is the main ingredient, butter tea is a very warming drink, providing lots of caloric energy and is particularly suited to high altitudes. The butter also helps prevent chapped lips.

According to the Tibetan custom, butter tea is drunk in separate sips, and after each sip the host refills the bowl to the brim. Thus, the guest never drains his bowl; rather, it is constantly topped up. If the visitor does not wish to drink, the best thing to do is leave the tea untouched until the time comes to leave and then drain the bowl. In this way etiquette is observed and the host will not be offended.

Butter tea is also used for eating tsampa by pouring onto it, or dipping the tsampa into it, and mixing well.

The concentrate, produced by repeatedly boiling tea leaves, will keep for several days, and is commonly used in towns. The tea is then combined with salt and butter in a special tea churn, and churned vigorously before serving hot.

You know if there’s something weird, I’m gonna want to try it. And this is definitly weird. Yak butter tea does contain black tea, and it also contains butter, but this product is a powder in foil pouches. It stirs up easily, the powder smells good, like butter, like a good milk oolong. Once reconstituded, it doesn’t taste as much like tea as like butter. However, it does not have an oily sheen to it, I wonder how they did that? It has the color of mocha. I can taste the salt too. The smell is not off-putting, I kinda like the smell. The flavor is like salty butter, but not as thick as you would hope for with such a rich fragrance, and I’m left with the idea that it would be great as an ingredient, maybe mixed with Chai.

As I stirred, I briefly hoped it would be like hot buttered rum batter, and indeed, with the addition of cinnamon and clove, it might actually work for that. Another sip, and I am reminded of macaroni and cheese, just fleetingly… or is it more like buttered noodles?

It is a high calorie drink. I can’t imagine making this again as a tea, but I could see using this as an emergency high calorie ration, or for someone who has had the flu and hasn’t eaten much in a while. Or, as I said, maybe with the addition of other ingredients, to make a hearty holiday type drink. Like anyone needs more calories at the holidays…. hmmmm.yeah.or maybe not.

Well, it is better than I thought it would be, more butter than tea, not totally repugnant by any means. I keep comming back to spices, I seem to want to add spices. oh well. If you like drinking butter, then you’ll probably love it. I definitly don’t hate it. And now I can say I’ve tried it.

Roughage (in the U.K. who is an expert on all things ancient) sent me a recipe for this and a chunk of the puerh that is used for this tea. I can’t imagine oolong. It’s made with a nice and rough pu with the bitter yak butter and milk and salt. I made it with regular sea salt and whole milk and liked it quite a bit with puerh. It was more like a meat broth in some ways.

Neat to know this is order-able … I wrote some kids’ curriculum about Nepal and included a reference to this sort of tea as a fun fact. I can just see the faces of my fifth graders taking their first taste!