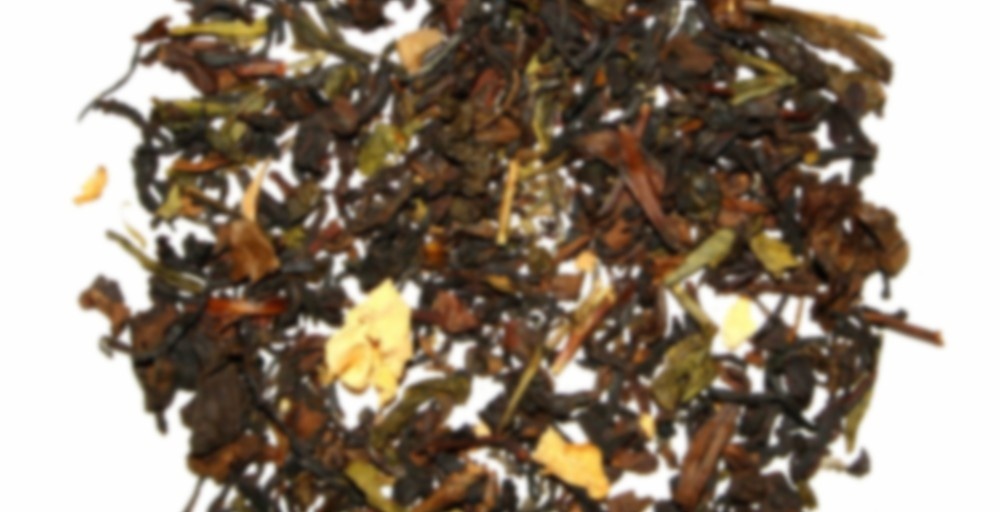 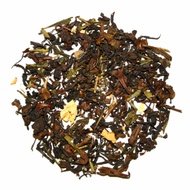 by Della Terra Teas
74
You

Our Peach Oolong combines amazing oolong with a little green tea and peach flavor and peach rose hips. A delicious, light flavor. Flavored Oolong lovers, you will adore this tea!

All About Health Store

Full review on the 5th on http://sororiteasisters.com/ but in the mean time here are the snippits:

Peach Oolong from Della Terra Teas is a must try if you love peach flavored teas or oolong tea!

I have many favorites from Della Terra Teas and have reviewed several here on the blog. I am really glad I got to try this one though. The peachy flavor is fresh and juicy, the oolong flavor offers a good support to all the peachiness, and the green tea has a really yummy butteriness that makes the blend taste a little like a buttery peach cobbler.

This tea verges between a replacement for fruit juice in the morning and a dessert tea after dinner.

THIRD TIME HAS TO BE THE CHARM, SORRY FOLKS! TOO MANY PEACH TEAS TOO FEW BRAIN CELLS… SORRY FOR HOGGING THE TEA LIGHT IN YOUR FEEDS…. THIS IS ME WHEN IT GETS TOO HOT.

this tea was very well done! my experience with peach teas have not been abundantly successful— most of them have tasted like the peaches you accidentally drop kicked at the grocery store (fermented) or like tobacco (i don’t smoke and even if i did i don’t want it in tea). i was also dubious that peach and oolong would pair well… but ShortSorceress and i have similar tastes and this was a sample she included in our mammoth swap recently, so of course i was going to try it!

what i didn’t know was that ShortSorceress has friends in high places… see she called the people at della terra and told them about our awesome exchange. della terra were very sporting.. they explained that they had a store of peaches that they stashed in sawdust in boxes that they kept on the top shelf of their most protected vault (the one with the 200 alpha-numeric access code) for just such auspicious occasions.

this tea is the perfect peach. it is precisely ripened from inside the confines of the super secret della terra vault, it is beautifully balanced with the oolong (neither overpowering the other), and it is confident in its presence with strength in subtlety… like bruce lee and his one inch punch. i never would have bought it for myself… that ShortSorceress is one savvy lady!!!

everything i have said tea-wise is absolutely true, and all the rest? you’ll have to find the della terra vault and climb up to the top shelf to prove me a story teller.

I wonder why they do that. It is a known fact that peaches in fact do not ripen off the tree, like avocados and banana. They soften but they do not ripen.

haha, glad to see you finally got the review in the right place.

My computer is on the second floor of my house and my tea set up is in the downstairs kitchen. I refuse to go up and down the stairs on this stupid brazilian jiujitsu injured knee – so today’s oolong tea is a not a gaiwan super reinfusion type.

Peach oolong from Della Terra. Okay. Okay hot – moreso a bit of peachyness to compliment the base. However, this tea iced is very good! I like this more than a black peach tea iced. The peach comes out very well and the savory green and floral oolong base snuggle well with the peach.

Full review on my blog, The Oolong Owl http://oolongowl.wordpress.com/2013/05/31/peach-oolong-from-della-terra-teas-tea-review/

Your little owls are so flipping cute.

soooo this isn’t terrible for an oolong. Most of you know how much i “love” oolongs. It’s not an overly peachy tea as the oolong balances out the flavour. I’m pretty sure others who favour oolongs would find this to be a nice addition to their cupboards.

This is my second peach oolong of the day and it is much more like what I was looking for, the first one was a little dissapointing. The peach, oolong, and green tea each come through nicely in this blend. I absolutely love that I can taste all three flavors and the peach doesn’t overshadow any of the other ingredients. It has a nice sweet and juicy taste from the peach that makes this perfect for a hot day like today. What I was most excited about was that this was just as good hot as it was at room temperature and it resteeped well.

Not very with it this morning, after one of those nights where I tried sleeping for a couple of hours then woke up to cat feeding time, but in any case, I’m in the mood for a nice refreshing oolong. Time to try my new (to me) peach oolong! Let me admit right away that my tea-making technique is not sharp this morning … I boiled the water and then let it sit for a randomish couple of minutes to cool, so the temperature estimate with this tasting note is approximate. First cup was a mostly flat tsp of leaves in ~7 oz of water (which I’ve entered as 1 tsp/6 oz because I didn’t want to put 1.15 tsp or something ;) ), steeped for 2ish minutes.

The dry scent of the leaves is promisingly peachy, supported by a layer of cool dark oolong fragrance. While steeping, the peach scent mostly disappears, leaving behind a light and rather unrevealing fragrance of the tea. Peach comes back in the taste, though, which is a nice balance of subtly sweet fruit and an oolong with clarity and an occasional mildly buttery aftertaste that becomes faintly astringent as I finish the cup. A relaxing and meditative tea that I can see myself craving again later.

Tried a second steep at 2 minutes 30 seconds and got somewhat interesting results: at first an unremarkable, weak flavor, not quite to the “this is almost water” level, then when I took a sip a couple of minutes later I was surprised by a burst of sweetness. Also, the mostly-cool end of the second cup tasted more like peach green than oolong (which makes some sense, as there IS green in the blend). Maybe I’ll try a second steep at 3 minutes next time and see what happens.

It is very rare that I actually like a peach flavored tea. I love peaches and peach schnapps, but I tend to think peach teas just don’t do the flavor justice. Many of them are way too sweet, I tend not to like how the flavor combines with black or green tea, many of the herbal varieties are too sweet or have a strange aftertaste, or both. But I really like this. The peach flavor is light, but definitely present and the oolong is less prominent, but really rounds out the peach flavor well and adds a bit of a floral note. This is a keeper!

Have you found any really good peach herbals? Since I liked the floral note here, I wonder how it would taste with rose petals…

Just Peachy from DAVIDs TEA was the best peach tea I’ve had, but it is sweet. Mind you, so are peaches ;). There was also that peaches and cream tea they had a while back that was decent too.

I haven’t tried that one yet, I’ll have to sometime.

Damn… this was just that average tea that didn’t leave me with much to say.
Enough to pass the class, but still the parents are like “don’t you want to do good?”

Ah! I had another Formosa oolong near the same time as another. Whoops. Two teaspoons are a little too much for the flavor. A little too astringent. (The other Formosa was great that way though!) The peach flavor was definitely there, though there didn’t seem to be any actual peach pieces I can see. The peach flavor isn’t the most artificial… but I’ve tasted the lowest of the low of peach flavors. haha. The Formosa and the peach is a nice combination. This one might be great iced.

This wasn’t my favorite of Della Terra’s offerings. It just seemed to be a bit weak. The peach flavor was there but it was light. It smells like peach jam tho. I wish that flavor translated more into the flavor.