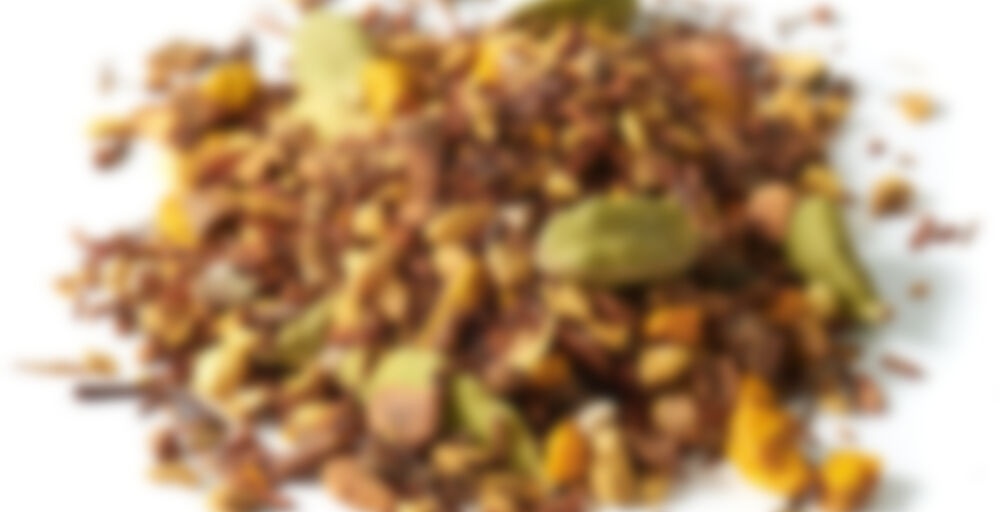 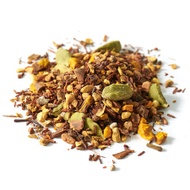 Our fans have been asking for a turmeric chai tea, and we think we’ve nailed it. First, we started with a hydrating organic rooibos base and blended it with soothing organic ingredients like aromatic cardamom & warming ginger. It’s a unique caffeine-free tea that’s both fragrant & smooth – pure chai goodness.

Sunset orange colour with aromas of sweet rooibos and hints of turmeric & ginger.

Known as the “King of spice”, Turmeric is believed to be great for the skin & body.

Ginger has been used in traditional medicine for centuries to aid digestion & soothe colds.

How it tastes
Fragrant but mellow notes of turmeric, cardamom & ginger layer harmoniously over the sweet rooibos base.

tea and all its splendour 78

More new teas (and a bit of teaware) today, as well as a couple returning teas sprinkled in to today’s launch as well. Also free shipping – I think today only??

I took today off work because my insomnia has been particularly awful this week, so I’m sort of just writing tasting notes in between short naps when I can fall asleep today. I’ll probably do whatever new tasting notes remain over the course of the weekend. Quick side bar, but…

I don’t usually do tasting notes for returning teas, but as y’all know Cranberry Pear is my all time favourite tea blend that DT has ever done so I am practically bouncing with excitement that it’s back!! I’ve been holding onto that secret for basically a year now, just waiting for it to return – I even have a kilo bag of it sitting at my desk because there’s no way that I’m letting myself run out of it again. I don’t want to say that it’s because of me that it’s returning, but I will say that from my VERY FIRST day working at the SSC I basically made it my mission to convince people that it should return. I think I brought it up at least once every few weeks for over a year before it finally found its way into this year’s returning holiday blends. I definitely sounded like a broken record, but I really believe that it was worthy of returning on more than just a personal level. Though, yes, a bias existed…

Honestly, I don’t want to spend an extended amount of time talking about this one. It’s a really classic sort of Turmeric Chai profile – but on the rooibos tea base. We tried an attempt at a Turmeric Chai last year, with Sunshine Chai, but it wasn’t super well received all around so this is meant to be that same sort of idea but even more classic/straight forward. As such, I really believe that it’s exactly what you expect given its ingredient list – just straight forward, warming Chai spices with earthy ginger and turmeric.

Turmeric really became this massive trending ingredient a few years ago, and DT has used it in a bunch of blends now like Turmeric Glow & Coco Mango Chai. We sort of all thought, when it initially gained that mass popularity in North America, that like most trending ingredients it would plateau and then die down – but as an ingredient its sustained interest, and it’s use in Chai in particular has really become a cupboard staple/classic. So, that’s what this is meant for – your classic, cupboard staple Turmeric Chai.

Am I the customer? No – for a bunch of reasons, but a key one being that in general I don’t like turmeric. I hope this is finally a blend that will meet the needs of people who actually like Turmeric/Chai though. That’s what it was developed for!