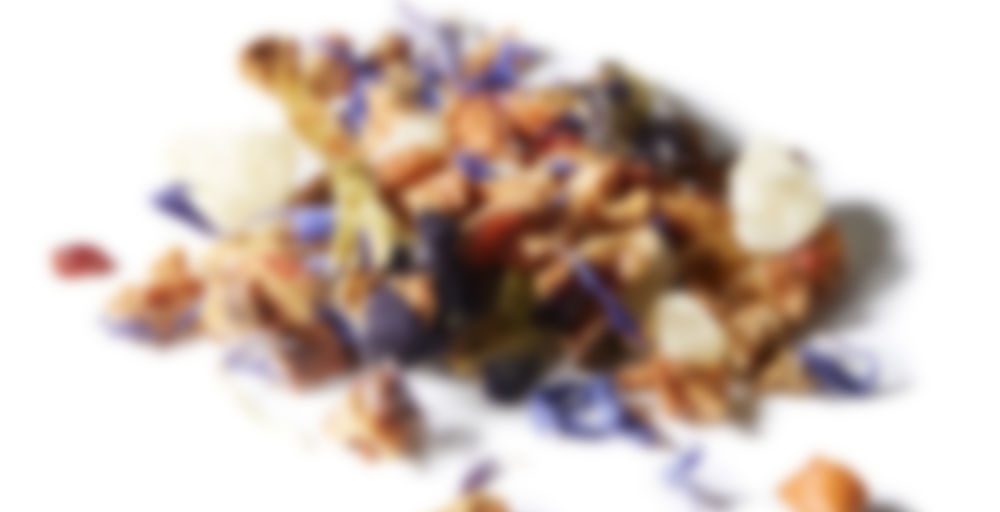 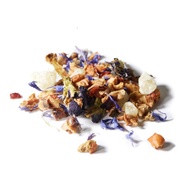 Blue bubble gum fan? Take a trip down memory lane with this cool novelty infusion. With mouth-watering tropical fruit flavours and beautiful blue butterfly pea flowers, it’s a nostalgic, caffeine-free indulgence everyone can enjoy. Tap into its juicy freshness by sipping it on ice.

How it tastes:
Deep fruity sweetness with a sharp bubble gum note and a light cooling finish

Remember that juicy fruity bubble gum you used to love as a kid? This nostalgic fruit infusion tastes just like that.
It’s caffeine-free, so you can treat yourself any time of day.
A great way to satisfy your sweet tooth.

For the May sipdown prompt, “A tea with a creative blend of ingredients.” Technically the composition of this isn’t too different from your typical fruit tea, but the flavorings make it quite unique. I don’t think I’ve ever seen a tea with “juicy fruit” flavoring.

The dry leaf smells so strongly of pink bubblegum, it’s almost a little unnerving. I cold brewed the tea, and expected a purple or blue hue from the included butterfly pea flower, but instead it brewed a very faint pink-bordering-on-goldenrod. The smell carries over in the cold brew, too, though not as potent.

It tastes very accurate. It has that weird combined fruity flavor that tastes like bubblegum. It is sweet but not aggressively so given the candy tie-in. I have to really focus in to pick apart some of the fruit flavors (apple, pineapple, pear) but mindlessly gulping it ice cold to fight against warm weather dehydration, it just tastes like bubblegum. Classicly “pink” at first, with more of a “Juicy Fruit” gum flavor later in the sip that lingers on the tongue. Oddly enough, I get a very faint (a mere shadow, really) of a spearmint aftertaste, despite there being nothing minty in the blend.

It’s fun and definitely unique, but aside from the novelty of trying it, I don’t think it is the kind of thing I’d seek out again, despite being a bubblegum flavor fan.

I really love all of the David’s Teas I have tried so far because they are so fun and flavorful. This one is no exception. It tastes pretty much it like it says, bubble gum! It’s more of a novelty flavor and I’m glad I tried it, but not a flavor I’d want to reach for often so I won’t be buying a full size of this one.

Thank you for sharing this one Roswell Strange. It’s actually impressively accurate. I enjoyed it best cold brewed because hot I got more apple than I would have liked. Cold, it was all hubba bubba bubble gum goodness. It’s good but not something I reach for often enough to keep stocked.

An evening cuppa because I was craving something sweet but not chocolate/coconut/caramel, and when you knock out those three key flavours it really does limit the options considerably…

Not much to say though because it was just a very flavourful cuppa that, true to name, tasted like sweet bubblegum. Classic and tasty!