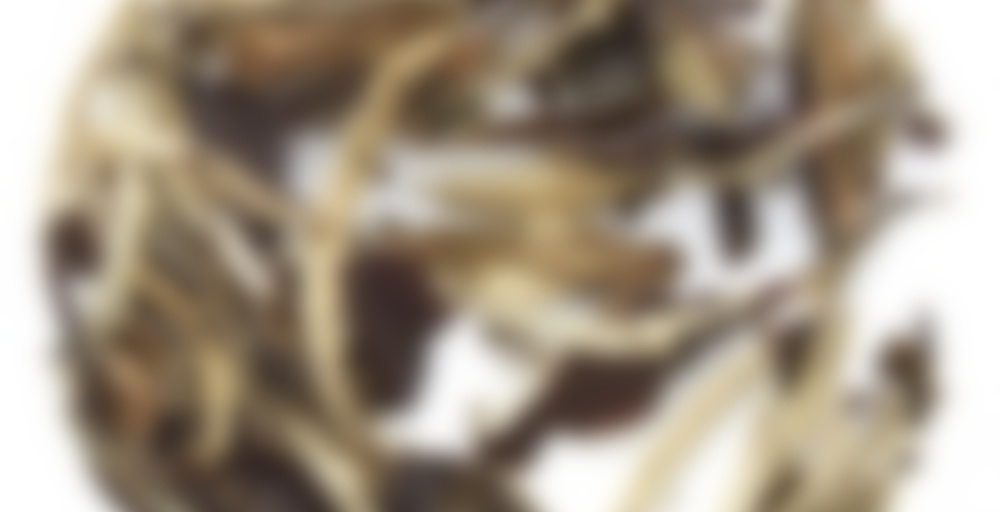 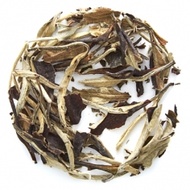 Grown like a pu’erh but processed as lightly as a white tea, this rare “white pu’erh” is in a category of its own. Its limited processing season and distinct warmed cream aroma make it truly one of a kind. Every spring, tea producers trek through the foggy mountains of China’s Pu’erh City to pick the finest buds off the region’s ancient tea bushes. The leaves are then withered and dried as delicately as any white tea. The result? A luxuriously smooth and malty liquor with a sweet honey finish. One sip and you’ll be over the moon.

This is my absolute favourite tea in the world.
Earthy and naturally sweet with honey notes, it’s just amazing. I love it steeped at 85 degrees for 2-3 minutes, though it can certainly handle higher temperatures and longer steeping times.
If anyone has this tea and does not want it, I will pay you to purchase it. It is no longer available from DavidsTea and I have not been able to get my hands on it (even when I went to China).

Found a bunch of duplicated teas while poking around today, this being one of them (I have a small bag plus a 50g bag, it appears). Anyways, similar flavour to Zomba Pearls (white tea), but it’s a little sweeter and lighter in body. Both are delicious, though.

First brew impressions: This is a nice, white tea. I brewed western style and it didn’t wow me. Definitely would like to try again and see how it holds up to re steeping. It was very light. Definitely got the hay notes others have mentioned, but the honey didn’t really come through for me.

I tend to like green-citrus-floral notes, but this white / puerh tea is surprisingly smooth, light and enjoyable. I added just a little honey, nothing to make it too sweet, as the comments I had read mentioned there was already a note of honey in the aftertaste of this one. This is really a lovely change of pace for this green tea-leaning taster. I will definitely go to this tea to switch things up every once in a while. It was on sale online at DavidsTea, so I’m glad I went for it during a flash sale and got a real bargain for this rare blend. I may have to hop online and order some more before it’s gone!

It’s been a while since I’ve posted here. Had gone through a burnout late last year, and finally hit the wall mid-February. Gave myself a time out, recovery time was about 4 months. Sadly during this time it affected my tea drinking (I really didn’t feel like doing much of anything)!

I took advantage of the sale at David’s Tea. Got more Coco Colada (so I have about 400g of the stuff mmmmmmmm) and stumbled upon both the Butter Sencha, and this lovely Moonlight White.

I had accidentally oversteeped the tea, having forgotten about it while I got lost in a video game. Surprisingly, even with this boo-boo, I was impressed with the taste of the tea! It’s light, and I do definitely get that hint of honey. I used 1.5 PS…and I threw in a bit of rock sugar. My second steep is just as good (I wonder how may times I can steep?). I actually kept my eye on the clock this time, steeping for around 7 minutes, and again, throwing in a bit of rock sugar (1 PS).

I’ll definitely pick up some more, even though I think the tea is still rather overpriced, even with the discount…

my absolute favourite straight tea! So smooth, light and sweet! Recommend for all the beginner straight tea drinkers out there

I have heard good things about this tea so I used one of my FS rewards while I still could. This tea is very smooth, and for a straight tea, I think it’s pretty good. Not sure whether I could taste the puerh or not… But there is a sweet note to it. I think this tea would be good with honey in it too. I just added sugar. But it’s got mineral tastes to it as well.. Overall this is better than Royal White Peony was to me. I like it, but I don’t often drink straight teas.

There’s not a lot going on in this tea, but that’s not necessarily a bad thing. The tea is smooth to a fault, with sweet honey and mineral notes. The colour of the liquor completely surprised me, even knowing it’s a white pu’erh. I thought I’d drink this one alongside DAVIDsTEA’s Royal White Peony, another straight white tea, just so I could taste the differences between a traditional white tea and a white pu’erh (I don’t drink straight whites frequently so I forgot what mouthfeel was like), but that was completely unnecessary. This is completely unlike anything else I’ve tried. It’s so smooth and refreshing that I may just have to pick up more.

I said I was going to try this one Gong Fu, and I do try to deliver on those kinds of promises/commitments, so I sat down today before we went out for my brother’s birthday and had a nice, but short, Gong Fu session with this tea.

I used 8g for a 150ml pot, and started with a ten second rinse and a rest before continuing the session. Here are the jot notes I took for the session:
10 Sec/Infusion One
- Pale yellow liquor
- Brightness to the top of the sip; clementime oranges/peach/apricot
- Finish is sweeter; a mix of honey and straw

25 Sec/Infusion Four
- More of the cooked fruit thing, heavier on the apricot
- Still very strong mineral/leaf/straw/hay stuff but in a fulled, more ‘round’ kind of way
- Finish is a little nutty? Almonds, in particular

30 Sec/Infusion Five
- Same, but even nuttier with more finishing sweetness!

40 Sec/Infusion Seven
- Same as before; LOVING these later infusions a lot

I also did an eight and ninth infusion, just increasing the time by five seconds for each one, but I didn’t take any notes for those because, firstly, I was pretty tea drunk and, secondly, they weren’t anything super drastic from what I’d already recorded. I think I could have pushed the session longer but I had sort of settled into a point where there wasn’t anything new coming out of each infusion and I was both running out of water in my carafe and time before needing to take off for my brother’s birthday supper.

Anyway, this session started off in a way that I wouldn’t say was bad but maybe a bit lack luster? However, sticking out the first few infusions was certainly worthwhile because the later ones that I experienced were actually VERY good. It was a little weird, because that degree of sweetness and such clear nutty notes is something I haven’t experienced too heavily with aged whites/moonlight teas before but it was so pleasant.

While I’d totally skip over this tea prepared in a Western style, I think grabbing a small sample it worth it just to see the impressive flavour development of it when Gong Fuing.

Friendly reminder that I do not numerically rate DAVIDsTEA blends as I’m currently employed there and it would be an obvious conflict of interest. Any blends you see with numerical ratings were rated prior to my employment there. These reviews are a reflection of my personal thoughts regarding the teas, and not the company’s.

Try 10g of this tea steeped for 1 minute each and see what you get. 80C temp.