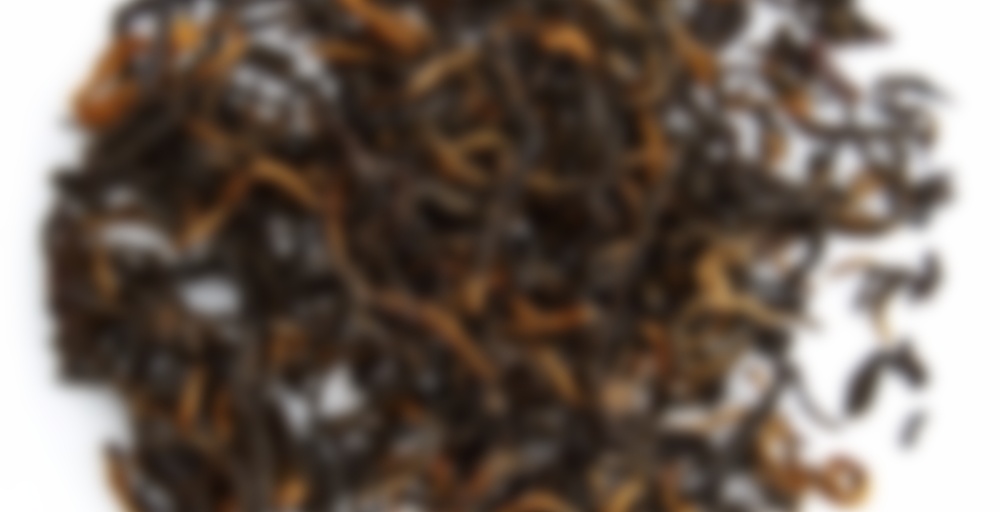 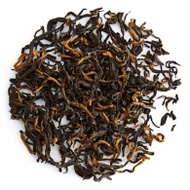 Known as one of China’s finest black teas, this legendary brew comes straight from Fujian province near the mystical Wuyi Mountains. Legend has it, this rare tea grew so high up in the hills, locals had to train monkeys to go pluck the leaves. And during the drying process, the signature golden-tipped leaves are hand-crafted into the shape of a monkey’s claw. The result? A rich tea with sweet aromas of cocoa, ripe fruit and baked brown sugar. Plus it’s low in astringency, making it the ideal everyday black tea. One sip is all it takes to go ape.

I have to admit, I’m a bit stumped that this tea isn’t rated higher. This is one of my go to daily teas. The rich honey scent gets me every time. The taste isn’t very complex, a semi- rich black tea with some chocolate and honey notes. But its consistent and never bitter. That’s what keeps this tea a regular on my shelf.

I let it steep way too long (~20 min), but it tastes great. It has an earthy slightly sweet honey flavor to it. This one reminds me a bit of Nepal Black. Very good. Highly recommended.

I bought this tea on sale. It’s a Chinese black tea with a high amount of buds. Predictabley, the buds create a good aroma, that anyone experienced with tea will recognise. The colour of the brew was exellent and reminded me of the African tea that an English company uses to add colour to their teas.

Because of the amount of tea used in a serving, I didn’t find an extreme amount of taste. However, when brewed stronger the chocolatey taste was more apparent.

Astringency was low, as expected from Chinese tea.

Overall, a very good tea. The price is quite high, yet given that this is a black tea, it’s a better value than a high end green or white tea.

I had wanted to try this one for quite a while.

I am by no means a straight tea connoisseur, and that may be the reason why my experience with this tea was seemingly very different from the other reviews I’ve read. I find many straight black teas to be quite harsh, but this one was something very new to me. The tea was full-bodied and malty, with grain, cocoa, and honey notes. There was very little astringency to this tea, which as you all know, I appreciate! I tend to reach for this tea when I want a full-bodied, rich, comforting cup of tea, especially on cooler mornings (much like today). Overall, this is a straight black tea I’d feel comfortable recommending to straight tea newbies and lovers alike!

These reviews comfort me. Now I don’t feel so bad for finding this tea so darn boring! I didn’t bother with a second infusion. And I had to add half a tsp of sugar to make it appealing… which did bring out the tobacco and fruit notes a tad, surprisingly. But before that? a cup of meh.

I sampled this tea (some 10 years ago) from Harney & Sons and Upton Tea Imports, both of which were pleasing. For the price, I didn’t find it appealing enough to repurchase any amount of this tea to add to my cupboard.

I’d had Golden Monkey from Tao Tea Leaf and found it quite delicious, with notes of hay and cocoa but that was awhile back. I should grab a cup one day to see if my tastes have changed

Yeah me too, because I think I’d like it more now, but I remember the samples having a funky taste. I’m sure it was just me because everyone else who reviewed it on their websites liked it.

I was off Keemum for a long time, as I found it a bit thick and that the thickness could overwhelm the nuances of the tea. Now I’m really curious if that remains true!

I’ll RESEARCH SMALL PACKET COSTS TO Canada (shouldn’t be that much) and see what teas I’ve got, maybe we could swap teas.

I found this tea to be bland and just OK. It’s drinkable but if you don’t really love straight teas then don’t bother with this one.

Picked up a sample of this one just large enough to do a Gong Fu session. I have to say I’m a pretty big fan of DT bringing in these more “high end” (at least compared with their regular offerings, at the very least) pure teas as limited edition offerings. I think it’s a good way for less ‘hardcore’ tea drinkers to samples teas they might not otherwise seek out – and I’m all for people broadening their tea horizons.

In hindsight, I feel like this may have actually been better Western style than Gong Fu. Not that it was bad – but the session felt a touch flat/stagnant. Usually over a Gong Fu session you see some sort of evolution of flavour before the gradual decline/waning of it. With this one their was no incline, just the decline as the leaf was gradually spent. The flavour was nice though; mostly I found it sweet with a nice mix of honey and cocoa notes. Less of a “refined” cocoa though, and more of baker’s chocolate sort of thing, with that light but pleasant bitterness. I’m not sure that I agree with the “fruit notes” that are supposedly in this – I got way more fruit from the fruit & nut chocolate I was pairing with the session than I did from the tea itself.

Session only last about six infusions; flavour decline by that point was harsh. Pleasant overall, though! And…

No rating because I’ve officially signed and turned in DAVIDsTEA hiring paperwork now. So, from this point until I’m no longer employed there I’m leaving any DAVIDsTEA blend unrated in order to be nonpartisan in regards to Steepster’s rating system. Any DAVIDsTEA ratings you see are from prior to my working there.

Congrats on the job!

Is this a tea you would want in your cupboard?

Personally, probably not so long as Supreme Pekoe were still available. I find that one delivers a bit better flavour wise than I experienced with this one and they had comparable honey notes, which is the reason I’d want to stock either of the two. But if Supreme Pekoe stopped being an option, than maybe.

I’ll pick up a bit of Supreme Pekoe to try if it is still available.

Just got my 50g in the mail, and brewed up a hot cup to try. This is an expensive tea – so it better be good. I don’t mind this tea. I can taste a little note of brown sugar – as it said. Not sure about the ripe fruit though.
It’s a little sweet, and overall I really like it as a black tea – it’s better than some others I’ve had, for sure.