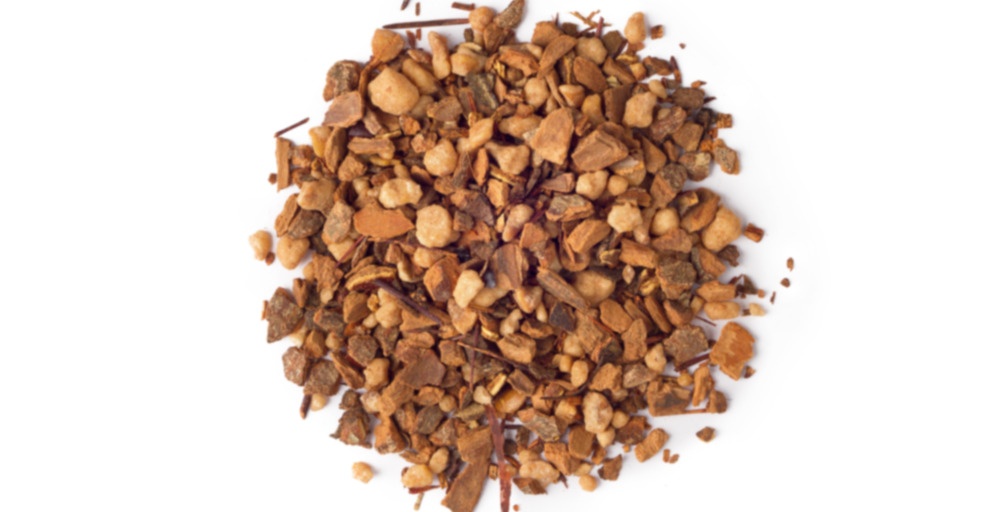 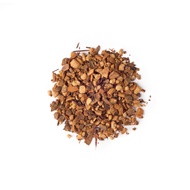 with 50 Ratings Rate this tea Rate This Tea

Ever heard of a snickerdoodle? We swear we didn’t make it up. It’s actually one of the yummiest cookies around – soft, chewy dough coated in warm cinnamon sugar. And this decadently toasty blend captures the taste right in your cup. The surprise ingredient? Monk fruit – a traditional ingredient from China that’s 300 times sweeter than sugar. Blended with cinnamon, rooibos and pieces of brittle, it makes for a bakery-worthy treat you can enjoy guilt-free. It’s snickerdoodle dandy.

Another tea from the boyfriend from 2014! I remember getting an extra 50g of this because it was seasonal and I was upset because some of my favourites in the summer collection that year were gone forever. Desperation with limited edition teas really does get the better of me. Regardless, this tea does smell kind of like a snickerdoodle. There’s some other scent behind it all that’s a bit strange, I might attribute that to the monk fruit. I also seemed to have forgotten just how dusty this tea is.

Steeped, the tea is quite cloudy which I assume is from all the dusty bits. The tea… sort of still smells like a snickerdoodle. There’s that strange note in the background again, maybe that’s what they were using for the cookie base? Anyways, this tea is already very sweet and does NOT need any added sweetener. With milk, this is pretty tasty and comforting. It’s not the best kind of hot dessert tea, but I am enjoying it.

Overall, it’s not a bad tea. I might play around with it since I have so much of it lying around.

This tea as a latte makes me happy. Not as great on its own, but my gosh – latte is amazing. I wouldn’t really say it tastes like a cookie, maybe a sugar cookie, but more like cinnamon and possibly the monk fruit (I’ve never tried monk fruit) But it definitely tastes sweet, and comforting.

Oh my! This sweetness is too much. Take it waaay down. This tea is a potentially nice tea but it tasted fakely sweet. Feels like someone dumped 6 tablespoons of sugar in one cup. Not good.

I imagine this tea would be great as a latte. In itself, alone, not too much. It’s super sweet and also almost muddy and mold-y tasting (althought I know it’s not mold-y, I just feeeeel like this sweet-too-sweet flavour is muddy. I’m giving away the rest of my 25 g bag.

I bought DAVID’sTea Snickerdoodle Rooibos tea at the tail end of it’s sale from Fall 2014. This tea tastes mostly like peanut brittle, cinnamon and monkfruit. This tea is extra sweet so be careful when adding any extra sweetener.

I liked the dry smell of this – I definitely got cinnamon, rooibos, and a sort of pastry cookie quality. However, the brewed tea itself was rather one-note – cinnamon and sweet. It’s not necessarily a bad thing, but I don’t feel too bad about otherwise missing out on this tea.

When David’s had this in store, I don’t remember when, I was kind of interested, because, hey cookies…how could I turn that down? But when i got a whiff of the dry leaf scent in the store, all i could think was ‘NOPE!’ and i passed on it. So i’m glad that this was in the box, so that i could at least have a try, and see what i had missed.

I still don’t like the scent of the leaf, but whatever i found disturbing seemed to have gone away when brewed. The first half of the cup: cinnamon cookies. Cool. I’ve never eaten a snickerdoodle, so i have no idea how accurate this tea is. The closer i got to the bottom of the cup, though, the cinnamon became a little overwhelming, and i was pretty much done with it.

It was nice to try, but not a ‘damn i really missed out’ kind of tea.

The dry leaf has been discouraging me from trying it too.

Yeah, it’s a little off and weird to me.

Really enjoyed this one but at the same time, I’m not sorry to see it go. It was unbelievably sweet and worked best in latte form to me. Anyways, drank what I had left in a latte that I used a bit of my Gingerbread tea to have enough tea to make the latte. Lovely combo and helped cut the sweetness of the snickerdoodle.
Either way… SIPDOWN!

I was way too excited to try this tea last night.. Probably because snickerdoodles are my favorite cookie ever :P I love the warm, gooey, mostly-baked kind. I don’t do crunchy cookies..

Aw, what a bummer!

wasn’t a fan of this myself

Nothing will ever beat, let alone match Mom’s baked goods – sorry the tea was a bummer. I wasn’t a fan of it either… but then again I don’t enjoy the cookies :/

I just love this tea! It is smooth, and I enjoy drinking it both on its own, and in combination with some other teas. Way to go, David’s Tea!