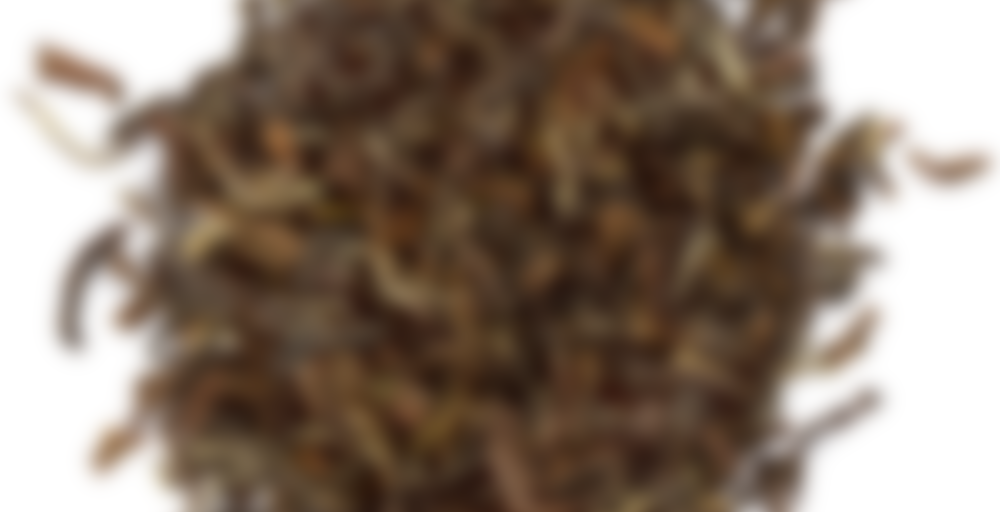 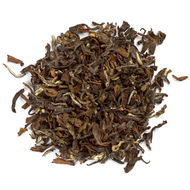 Pick of the season

Rich and complex, this blend is specially selected from the season’s best estate offerings, then carefully blended to ensure the perfect balance of flavours. Its aromatic woodsy leaves steep into a clear, golden and satisfyingly astringent liquor, while unique and refreshing mountain air notes mingle with a rich muscatel flavour. Enjoy the taste of the Himalayas at their peak… .

Ingredients: Estate black teas from the Highlands of Nepal and Darjeeling, India.

I guess it’s Superbowl? Totally not my thing, although I’m curious about Blackberry’s commercial. Can they be successful again? I have their tablet and I love it. It’s totally worth $150 – I use it around the house mostly but it’s never far. (And that explains why I’m on Steepster so frequently).

Anyway I’m watching BBC’s Pride&Predjudice miniseries, while I sip tea and play GuildWars2! Talk about multi-tasking! But I’ve seen this series several times, so it’s nice to listen to. I just watched the 2005 P&P movie earlier this week and now that I’m watching the miniseries, I sorta feel like the movie is mostly rubbish as it rushes everything! I realize there’s only so much time to express things, but the characters are sorta hard to understand when condensed so. Also, Lizzy in the 2005 movie goes from “I hate you Mr. Darcy” to “OMG Look at his pretty shiny house – what did I do?” in like 10 minutes. Bleah. It had some good points but I better just stick with the full thing.

So! Happy I have the miniseries.

I never saw the 2005 movie but BBC’s Pride&Prejudice was one of my favourite things leaving high school; I made a few of my friends sit down and watch it with me. 5.5 hours well spent.

My husband and I love the long BBC one! I felt like I got whiplash from how fast the 2005 one went. They didn’t even include much of the Wickham element at all! We have about four copies of the BBC one. Even though we own it, hubby buys it when he sees it at yard sales and such so we always still have a copy when people ask to borrow ours. LOL!

And that’s great that your husband enjoys it too. :) Four copies is definitely a good strategy if you want to ensure you don’t lend out the last one and have it … disappear. :P I just noticed that there is a “new” version on sale at our bookstore – digitally remastered etc etc. :| Now I’m a little tempted to get it, even though my DVD is perfectly fine.

Just saw this note. Yay for the miniseries! Nothing compares!!

I haven’t tried the Lizzie Bennet Diaries. I should try it! And the miniseries is nearly perfect!

omg LBD is SO addictive. Don’t start when you have only an hour lol

Aaaand steepster hiccuped and I don’t want to retype.

This is nice. I like it. Good as an afternoon tea. Yes.

Dry Leaf Nose: A woodsy blend of mountain forest trees, herbs and fresh mushroom. This refreshing blend is reflective of the Himalayan mountains from which it comes – from the rains that pour onto the tea leaves and small branches, to the the air that rushes through the valleys separating Nepal from Darjeeling, the aromas shine through.

I figured I’d try this as DT has their 1$ straight tea sale happening now. I had hoped for a more complex tea but it’s not to be. This kind of reminds me of your classic “red rose” tea. It’s not quite as bland as that, but it’s also not the rich black tea that I’d hoped for. Happy to have tried it and I wouldn’t turn it down but not what i was looking for.

I so wish there was a David’s Tea near me. I would go there every day! Or at least every work day. :)

It’s funny, now that i’ve had other teas from other companies, DT is one of my “meh” places. IE if i HAVE to go there I will, but I’d prefer other places. :)

You know this blend is 90% Darjeeling, right? Maybe I am misunderstanding you, but that’s not a tea type I’d describe as “rich” anyway, shouldn’t it be lighter?

@ daniel thanks for threminder. I guess in my head i just associate black with rich, forgetting that some are lighter :)

Pale liquor. Astringent and mineral — muscat and cold winds and clean, clean water. Leaves are tippy and greenish-brown. Earth notes. Just lovely, if you like a Darjeeling or a Nepal tea.

On the first sip I was surprised by a nice sweetness. I wasn’t expecting it to be such a sweet tea since I had it unsweetened. After the sweetness it melts into a dry, but not too dry flavor which makes the middle of my tongue tingle. The first few sips I actually got a buttery feel in the after-taste. That faded as I kept drinking the tea.

When I smell the liquor is when I detect the earthiness. My Dad grows string beans in his garden and this smelt EXACTLY like freshly steamed green beans pulled from the ground that day. It doesn’t really TASTE like green beans, but the sweetness I was first overpowered by is related to that smell and is definitely vegetal. This was a lovely tea to start the day with and I would have it again!

This was picked at random from my cupboard. I brewed it up in my tea press before work. This was smooth and slightly fruity. Like the air up in the himalayas this was very thin, haha. It carried subtle tones and not quite the bold cup I was looking for. This was still nice, but it might do better as an afternoon tea rather than moring.

So another sample that I got from DavidsTea and never got around to. And because the Choconut oolong was such a flop I wanted to give another tea a go. Something plain since all the other samples I had gotten were flavored. I made this and sipped it, and then started dinner while intending to come back and write this note up….then I watched The Princess and the Frog, so this note was a bit delayed. So here’s kinda what I remember./what I had typed up already. Lol!
This one reminds me strongly of DavidsTea’s Nepal Black. I’ll have to make them side by side to compare. I don’t think I used enough leaf since it was kinda weak tasting, so next time I’ll try 2 tsp for my 12 oz instead of the 1.5.
It was also kinda bitter at the beginning of the sip, but not burnt bitter, kinda like when you accidentally eat the stuff around the pecan when you’ve just shelled one….whatever that stuff is called. It also had that muscatel sort of taste to it that I associate with the few darjeelings I’ve had before. I got about halfway through it and added some truvia….which didn’t really do much one way or another. Lol.
I’ll finish what I have, but I don’t think I’ll order more. Or maybe I will. I’m kinda on the fence about this one honestly. I’ll have to make it again just to be sure. XD

I would like some black tea this lazy Sunday afternoon and this sample has been in my cupboard for way too long. It looks like a Darjeeling blend in colour and I do love Darjeeling so those holds some promise of being a nice tea. Not sure what it’s mixed with but as a whole it as a sweet, wooden and light musk scent.

A long steeping time for this but it suits me well, I had too much tequila beer last night (yes beer with tequila in it, spells trouble from the start) and went to my parents to watch the Eurovision finale and have a Mexican feast. Why Mexican when it was Eurovision? Well why not? It was delicious. Well done to Conchita Wurst of Austria for winning Eurovision 2014, if anyone hasn’t seen or heard about it she is the drag act that caused much controversy with countries such as Russia and Armenia. A man dressed as a beautiful woman but with a large beard. Vocally one of the best in the competition. Picture Kim Kardashian with a beard and you have Conchita Wurst.

Tea liquid is burnt orange with a sweet wood and light earthen scent. Flavour is light yet earthy with mild sweetness and a musky after taste. It tastes like a second flush Darjeeling but a very mild variety. A little astringency is present but not much, though it leaves a slight sour tang in the after taste.

It’s nice but nothing special, though Darjeeling is one of my favourite black teas so perhaps I’m overly critical because I’m used to higher quality. Not meaning to come off snobbish there.