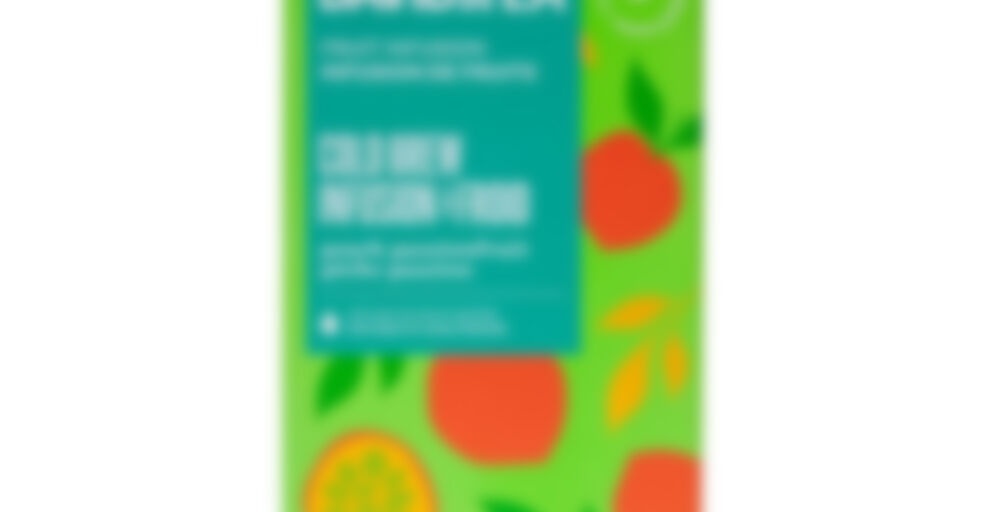 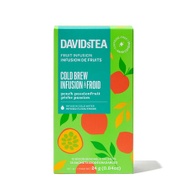 We’re passionate about the P’s of summer: Peach, Passion fruit & Pool Parties. Oh would you look at that, we made our perfect summer blend! Kick your pool parties up a notch with this caffeine-free cold brew bursting with juicy peach nectar and tropical passion fruit. Sip it all day with the kids and well into the evening with friends, it’s a blend the whole family can enjoy!

We’re passionate about the P’s of summer: Peach, Passion fruit & Pool Parties. Oh would you look at that, we made our perfect summer blend! Kick your pool parties up a notch with this caffeine-free cold brew bursting with juicy peach nectar and tropical passion fruit. Sip it all day with the kids and well into the evening with friends, it’s a blend the whole family can enjoy!

So right before my LA trip DAVIDsTEA released this year’s cold brew collection! I wanted to wait to review them until I could retaste them, and then of course when we came back from LA I was sick (still kind of am) so I waited a little longer after that…

But here we are!

First big thing about this year’s Cold Brew collection is that the line up was completely differently formulated so that, instead of the 2 Hour steeping time of previous years, these cold brew teas will brew up very quickly and can be ready to drink using room temperature or cold water within ten minutes time. I am of mixed feelings on this because I personally think one of the best parts of cold brewing is being able to start something in your fridge in the morning before going to work or right before bed and then having the freedom to just forget about it for eight plus hours until you’re ready to strain and drink it. Like, the long form nature of cold brewing is a selling point to me.

On the flip side, the quicker steeping time was customer requested a lot and I don’t want to hold back on doing something that a lot of people are asking for just because I have a different personal opinion. Also I have spent a lot of the last year drinking cold brew formulations from other companies like T2, Twinings, and Fortnum & Mason and I would completely be lying if I said that a part of me hadn’t at least partially fallen in love with the “quick cold brew” method of steeping as well. I don’t really make the 5-10 minute steeping cold brews a lot on a regular basis as part of my normal tea drinking, but I do use them a lot for travel when hot water might not consistently be available or when I’m sick and don’t have time/energy to wait eight hours before getting that refreshing cold cup of tea…

So, I see it now WAY more than I did even just six months ago.

But onto the taste of this cold brew! Honestly, it’s my favourite of the three of them. I didn’t want to develop just another straight peach tea because DT already has a lot of those for people who like that flavour, and we’ve even done the simple peach profile in the past with Southern Peach in the old cold brew formulation. So I thought a nice way to twist it would be the addition of passionfruit! It adds a great kind of tangy acidity to the ripe peach notes, and a lot more initial brightness/lively character to those top notes. It’s super juicy and I think a great balance of sweet and tangy. The tropical edge isn’t too strong, and the two flavours just play off each other really well. Sometimes it reminds me a little bit of Five Alive or some of the other peachy tropical fruit juices of my childhood, and I like that softer nosltalgic summer vacation sort of throwback feeling as well.

There are quite a few of DT’s older cold brew formulations that I like a lot. Berry Burst and Aloha Colada immediately Spring to mind for me. However, this is the first one that I’ve actually been a part of the development for – and I know that makes me biased, but I do think this one gives those two a little bit of competition. At least in terms of my own preferences, anyway!