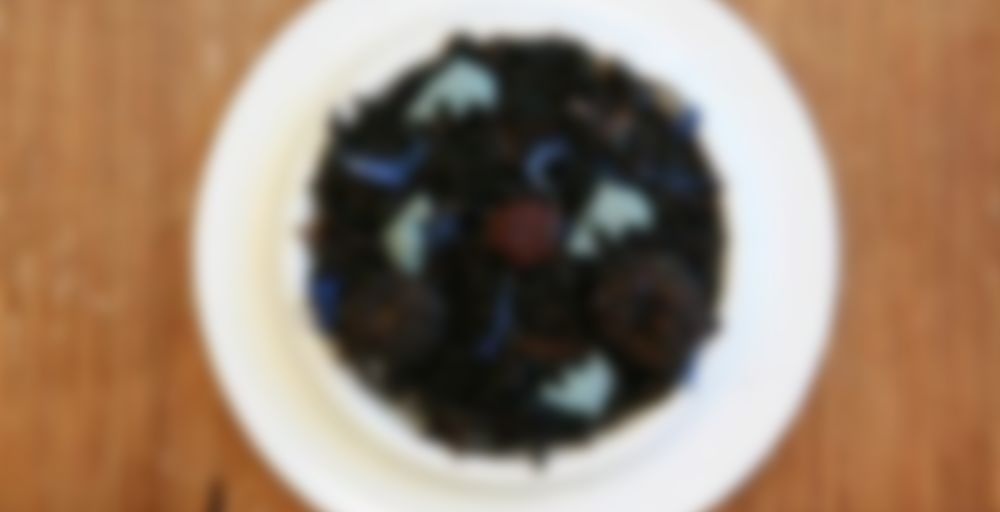 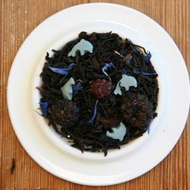 by Christine Dattner Paris
79
You

Thought it was about time I got around to this one, since I can’t actually remember when I bought it. Probably a _long_time ago. It was unopened, until today, and properly sealed, so I’m not too worried. I bought this one originally because I love blueberries, especially in tea, and because dolphin sprinkles. I have to admit to being slightly disappointed on that score, though, because I struggled to find one in my bag. I did eventually, but it’s quite a deformed dolphin to say the least – nothing like the ones in the picture. Maybe I can’t judge a tea by its dolphin sprinkles (that would be irresponsible) but there are no blue cornflowers either. As it turns out, not so big blue…

The flavour rescues this one, because it’s really very good. Sweet, juicy blueberry up front, with a deeper, darker, earthier, somehow more berry-ish blackberry towards the end of the sip. I think there are supposed to be blackcurrants, as well, but if they’re there then they’re a little lost. Not that I mind – blueberry and blackberry rule the day here, and that’s okay with me.

I’m pretty sure this will make a good cold brewed or iced tea in the summer, so I’m going to try and keep some back for that. It shouldn’t be too much of a problem, since I have a large-ish bag. It’s got to be 75-100g, at least.

I’m glad I decided to try this one, dolphin sprinkle disappointment aside.

The lack of dolphin sprinkles would make me extremely upset too!

Thanks for this, TheLastDodo! Dolphin sprinkles!! This is such a fun blend. So blue… with blueberries, blackberries, black currants and blue cornflower. The last time I drank this, I definitely had a plump blueberry and a blackberry in the mug. This time around, I don’t think I had any fruit in the infuser but there is plenty of black currant flavor anyway. I think the base is a Ceylon which isn’t my favorite base (too light). I wish there was more of a balance between the three berries, but I like this blend overall.

This tea looks And smells live blueberry heaven. Don’t forget the main attraction, Dolphin Sprinkles. I mean, who cares what else is in this? I could just leave it there. But! Cutesy sprinkles in tea does not make for a standout tea. Luckily, the tea lives up to it’s sprinkles. Yummy and robust, this is a good morning tea that is perfect with blueberry muffins :P

Dolphin sprinkles. I could end the review right there.

Of course I had to order this! It’s actually really good too. Strong blackberry note, and as a first tea of the day it’s working well to wake me up. I may have more to write once I have had more of it. It’s still pretty hot.

The word blackberry caught my attention. I have been on a good blackberry tea search for awhile. I shall note this tea.

Hundreds and thousands of dolphins!

I could never pass up dolphin sprinkles either!