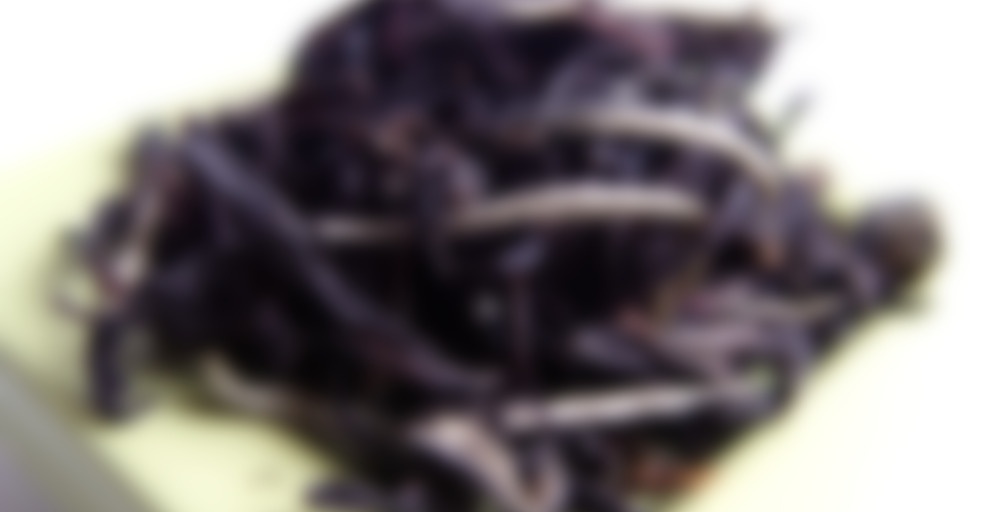 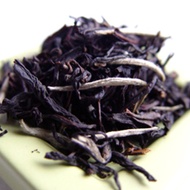 From Chi of Tea

Aroma While Brewing: Bright and rich bergamot with a rich creamy aroma.

Tasting Notes: Rich orange and cream with notes of roasty toasty oolong. While being very enjoyable on its own, this Darjeeling tea also goes well with milk and sugar

About Chi of Tea View company

This was one of the free samples I got with the first of my Chi of Tea orders, and I’ve been eyeing it suspiciously ever since.

I’m sceptical about this. I’m not really a great fan of Earl Grey or bergamot in general, and I’m definitely not a fan of Darjeeling either. I find the bergamot flavour easily turns into something that can best be described as perfumed dust. Bit like drinking an attic. As for my Darjeeling reservations, it’s the extreme spicyness of it that puts me off. It’s too grass-y and prickly for me and my overall impression of a Darjeeling tea most often end up being of something sour.

So I’ve been avoiding this sample for a while. Today, I saw that I had to have it though, as the corner of the sample bag had started to tear a bit. Very well, let’s get it over with.

Let’s start with the beginning. Apparently this one is a Darjeeling oolong blend, with bergamot and vanilla cream. That’s three things, only one of which I actually find appealing. That said, when smelling the dry leaves, it wasn’t completely off-putting. The bergamot was rather strong and dusty and the tea aroma itself didn’t show up at all, but there was a touch of vanilla cream underneath all the bergamot dust, which sort of saved the day for me.

After steeping, the bergamot is still strong, but it’s a lot less aggressive. The vanilla cream is clearly detectable as well, and the Darjeeling still keeping its nose out of things. Overall, it’s a quite sweet smell with aspects of dairy, so it’s not unlike something that might have made for an interesting dessert. Like some sort of flavoured panna cotta, for example.

It’s at this point that I suddenly remember that at some point I got to try some sort of cream Earl Grey before, having received it in a swap with… with… uh, with… At any rate, I remember now that I quite liked it. Perhaps there’s hope for this one yet.

To go into a little more detail, there’s a lot of creamyness when sipping and a touch of vanilla. On top of that we have the bergamot, most of the dusty flavour of it being weighed down by the cream, so that it’s primarily the citrus-y aspects that are coming through.

The oolong it’s based on isn’t really coming through at all. I’m getting the sour aftertaste that I recognise from Darjeeling teas, but mostly the differences between an Earl Grey based on a black and an Earl Grey based on an oolong are present in absences. The absence of detectable tea base. The absence of notes of astringency or bitterness. The result here is much smoother and much more flavouring focused.

As Earl Greys go, I like it. But I wouldn’t go out and invest in it, as it doesn’t change my mind on neither Earl Grey nor Darjeeling.

This sounds like a really interesting blend – bergamot, darjeeling, oolong and vanilla cream! Thats a lot going on for one tea.

If you are a fan of Earl Grey, I would definitely recommend giving it a go.

This just reminded me that I haven’t had an earl grey in a long time! Now I am wondering how I let that happen?!?

Another old sample I uncovered during my cupboard re-arranging. The tea seems to have stayed relative fresh, thankfully. The Darjeeling oolong was a good choice for this tea as it gives the blend a smooth, subtle sweetness without loosing that quintessential tea flavour that seems to belong to Indian black teas. The vanilla is rich and creamy and there’s just the right amount of bergamot to compliment it rather than overpower it. It’s a shame the company is no longer selling tea (though their website is still up) as I think I would like to buy more of this blend when the sample is finished.

I finished this tea today. This tastes fantastic. I love the warm vanilla and the floral, nutty flavors of the oolong and black tea. I didn’t add any additives as this didn’t need any at all. Very good tea!

Lovely! The bergamot scent off the dry leaves was quite sharp so I was surprised at how creamy this was. I think the Oolong base is perfect for an Earl Grey.

Oooh this is absolutely delicious. I love it. I can’t believe it’s oolong, but at the same time, it definitely has the smoother mouth-feel of oolong and none of the astringency of black tea. It’s also lightly sweet and creamy, perhaps perfect for a tea latte (but delicious by itself). I am seriously into this one. MmmmMmmm…. I love that it manages to not be artificial. I tried a "vanilla"+earl grey blend recently that tasted so plasticky. This doesn’t.

I got this as a free sample with a recent Chi of Tea order, and I was curious about this one because I have not really ever had a great EG.

The scent of the dry leaves is very strong and I definitely get notes of vanilla, though the bergamot scent is very harsh.

The tea itself smells very sweet and the taste is odd. The bergamot is very overpowering, and I don’t get any of the vanilla I smelled in the leaves. I don’t really like this, overall. I don’t seem to have very good luck with flavoured oolongs, but I will try this one again to see if it is any better with different steeping parameters.

Having decided to begin my weekend with Earl Grey Windemere, I’m now sitting in front of my cup, looking at a beautiful golden brown cup of tea. As a dry tea, it does give off a strong scent of bergamot. I don’t pick up much else as it is quite strong.

195/3 min. Ooh. I definitely should have cut down on the steeping time. It’s strong. I can smell it the minute I walk into the kitchen. Bergamot. Fortunately, I love the scent as I’m certain it will be around for a while.

The taste, as expected, is pretty much bergamot, but the creamy vanilla flavor does poke through. I’d say that my three minutes were too much for this one and I’ll definitely cut it a bit shorter next time. It is astringent, which surprises me with an oolong. I think the bergamot’s changing the rules here. Still, it’s a nice cup of tea and I’ll certainly give it another (adjusted) shot.

Very smooth, not as astringent as other teas of this type that I have tasted. Lovely scent of vanilla and cream with the bergamot leaving floral citrus notes in the throat.