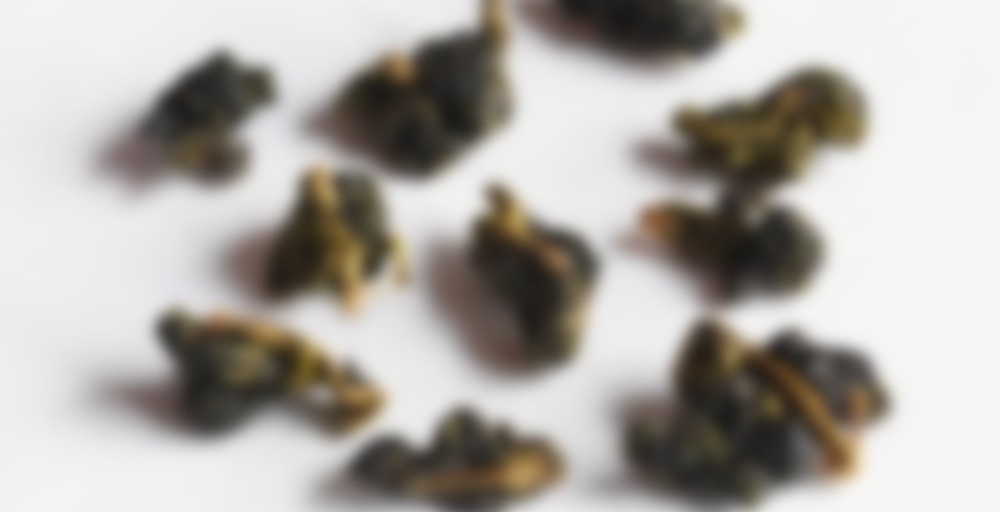 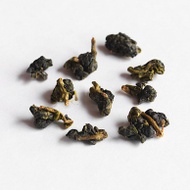 Alishan (Mount A Li) is one of Taiwan’s most famous oolong tea-growing areas. The mountain has a rich soil and ideal climactic conditions. It is cool and moist with daily mists so the plants grow very slowly and produce tender, flavourful tea leaves and buds.

This Alishan oolong is hand-picked and hand-processed by traditional methods into rolled ‘fists’. It has a smooth, fruity, sweet taste and a pleasing bright colour. This tea has a complexity that means each brewing brings out new characteristics and flavours.

New 2010 spring season tea. This is a very good example of one of Taiwan’s most celebrated high-grown oolong teas. The fresh, clean almost creamy taste makes it an extremely refreshing and satisfying tea to enjoy at any time of day.

Our Buyer’s notes
“This tea is produced by an old friend of mine on a small tea farm in Ali Shan. He is a skilled tea maker and only uses the best leaves processed in the old-fashioned way to ensure a sweet taste.”

Canton Tea Co is a London-based tea company trading in high grade, whole leaf Chinese tea. We have exclusive access to some of the best jasmine, white, green, oolong, black and authentic puerh teas available. In our first year, we scooped Six Golds at the 2009 Guild of Fine Food Great Taste Awards. Our Jasmine Pearls won the top three star gold award, endorsing it as the best available in the UK.

This is sooooooo amazing cold brewed. Sooooooooo amazing. It tastes like heavenly snow. Like lilacs and winter. Smooth and sparkly and so delicious. I can’t describe it. I can’t compare it. Nothing compares. It would cheapen the tea to be compared to any other scent or flavor. I tried comparing up there, but it all falls short. So tasty.

It’s also soooooooo expensive. Sometimes, I wish I were like those people who can’t taste the different between lipton and high quality looseleaf. Or maybe I should just wish to be rolling in money?

We need to do a Bonnie (me) and Clyde! Rustle up some tea!

LOL I hear you – I too like the good stuff! This sounds AMAZING!

@ Bonnie: I guess I’ll be Clyde since you’re already Bonnie. :) Maybe Thelma and Louise is better. Living the life of crime for the sake of tea!

@Azzrian: It is, so amazing. I’m going to have to try and forget about it so I’m not tempted to buy it when it gets back in stock. Eep!

OH GOD!
This is AWESOME. I have to get more of this!!!

I remember smelling the leafs before steeping and going HMF. It smells so green and seaweedy – I was really not in the mood for green. But I went with it…
Threw a lot of leafs into the mug. Thought for a second that I may have overdone it, but Eh, didn’t have a lot of time. After steeping my mug was full of leafs. Literally – there was a jungle of tea in my mug. Pretty!

Was bracing myself for the seaweed when I took the first sip.
Imagine my face freeze for a second, my eyes go reaally big and looking dumbfounded to the mug. (Worth to notice : I never tried a alishan oolong) Had I forgotten to clean the mug before use? No, I just took it out. I am sure of it!

I.Love.this.
Yum… It so spicey. A warm spice… Kardemomme?
What’s that in english. sigh I love this.

Oh thank you! It’s always good to know that I didn’t hallucinated the spicey note.
Sometimes it’s hard to belive what flavor you can get out of the leafs!

My last bit of this sample was a little more than I needed, but I liked the slightly stronger taste it yielded. I went three steeps, and really did find very different characteristics in each one. The first was sweet and floral, juicy and just a little vegetal. The second was more strongly vegetal, moving closer to a sencha style in buttered vegetable goodness. The third was grassy, still sweet, and had just a hint of roastiness. A very nice trio of tastes from one spoonful of leaf!

I even purchased a Yixing mug from Jade Teapots (ebay seller 11sbaumann) JUST for my Ali Shan consumption! And I am christening my mug with THIS Ali Shan.

And THIS… IS… SO… GOOD! But then, I have yet to find an Ali Shan I did not like.

Now… I’m thinking… shall I get a NEW Yixing mug for Yellow Teas? Because… about the only tea that I like better than Ali Shan is Yellow Tea.

Do Yixing mugs take on the flavour of the tea drunk from them like the teapots will take on the taste of the teas brewed in them?

^ Yes, they do. Any unglazed clay surface will take on the taste.

coolness… thank you for the information… then I guess I should get another one for my yellow teas… one for each of my two favorite teas.

This is really awesome! Has been on my list for a long time! I did both ICED and HOT.

HOT is crisp and clean and truly Ali Shan! Beautiful and happy…bright and sweet! Oddly…but fabulously-so CREAMY for an Oolong!!! It’s a gem of an Oolong and I just LOVE it!

COLD…it’s juicer, it seems! Still very creamy and quenches thirst! Excellent either way!!! REALLY LIKE THIS!!!!!

Was this in the sampler?

I believe it’s in one of the samplers…

Yay, I have it just haven’t tried them yet and wasn’t sure what it came with. Thanks for the info you guys. :-)

My husband accused me of huffing this tea. I don’t know I’d go that far, but oh my goodness, the olfactory treat when I opened the package! This tea smells amazing. Hints of apricots smothered in cream in a sea of oolong-y goodness. I couldn’t wait to get it steeping.

The flavor of this tea is a little more delicate than the scent would suggest. It has a bright, clean taste. The product description said it would be floral – I didn’t getting flowers, but rather almost a spicy afterglow that lingered on my tongue, post swallow. It also has a very silky, smooth texture to the liquid, making it a joy to sip.

And this tea doesn’t disappoint in the visual aspect either. It’s a lovely pale light green. During my first steeping, it was a joy to watch the leaves dance around in the water, unfurling and transforming the water into something special.

Like almost all oolongs, this tea is good for multiple infusions. Perfect for sitting at your desk at work, or relaxing on a lazy afternoon. I also, in deference to the season, tried something which may horrify some purists – I tried this iced. It’s very cooling, and tasty but doesn’t take the ice as well as other oolongs. But all in all – this is a pretty darn good oolong.

Very light, clean and delicious. Starts out floral, but takes on a savory note in the finish. Intriguing.

The labels on the foil packets are hand-written (weight and type of tea) on a Canton Tea Co. sticker, which is a really nice personal touch…but also a bit difficult to puzzle out when the handwriting gets difficult to read. My packet says something before Ali shan, and it looks a great deal like ‘Odony’. What is Odony? I thought to myself.

The amount of time that it took me to figure that out (because it really does look like Odony, in my defense) might suggest that I’d be better-served drinking a black tea right now than an oolong, but whatever. ;)

I love this tea.

I love this type of tea.

It’s creamy and cozy and slightly floral, sweet and always reminds me a very little bit of baked potato, for some reason. They mention ‘fruity’ in the description and I don’t get that, really, unless you count the sweetness as fruit. It’s a savory, comforting cup.

It also withstands a lot of abuse. Two heaping teaspoons of it (I like that people are calling them ‘nuggets’ — if I ever change my steepster name, it’ll probably be to TeaNuggets, because, lol) in my zorapot gave me three flavorful 16oz infusions, and they could probably go longer. Not only that, but my temperature was bouncing around — 190 for the first (for about two minutes, just long enough for the leaves to begin relaxing), 175 for the second and third (at just about a minute and a half for the second since the leaves were closer to open, and two and a half for the third).

Not exactly systematic, but my Zoji was switching temps and I was caught up in my writing. Sometimes just drinking the tea is enough. Will leave a rating off until I do things more properly though, I guess.

Agree with you on the handwriting!

Sadly, I am drinking the last of this. Or making the last of it as I prepare to leave and step into the wild coastal winter. I used all the rest of the leaves that I had and steeped them in a big pot so that I could fill a travel mug, a travel thermos, and a mug for drinking before I leave.
It has been a good time, Alishan. I am truly sorry to see you go.

I received this in my first week of Canton Tea Club, but have not tried it before now. How bad am I? In my defence, I was not up to tea tasting that week or indeed for a week or so after due to colds and being run down. So, today I decided I needed to catch up a bit on my tasting notes and this appealed.

It smells really sweet when you pour the hot water on it and the first taste is all buttery sweetness with a strong floral element to it. I brewed it western style in my small glass teapot and the whole first steeping was like this. Then the butteriness settled down a bit in the second steeping but the sweetness remained. By the third steeping it has settled down to a mellow, sweetly floral drink with undertones of butteriness. It is very nice and I reckon I could probably drink rather a lot of this.