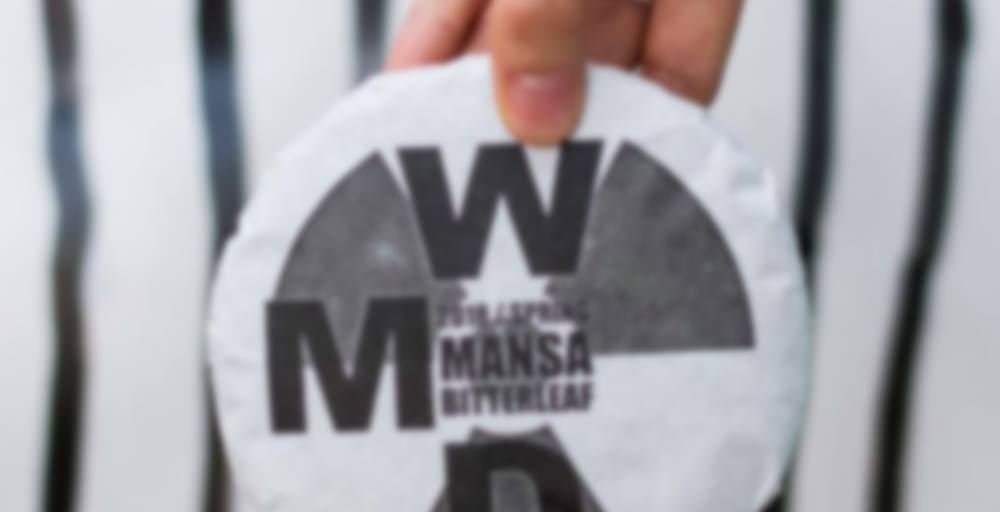 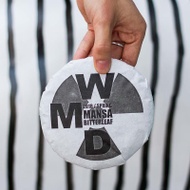 by Bitterleaf Teas
79
You

2018 was a strong year for tea in Yunnan, and there is no better demonstration of this than our 2018 WMD. This tea is made from unblended gushu material from previously abandoned land in Mansa, which lies north of Yiwu and leans on the border with Laos.

As with previous years, this tea carries a strong cha qi/energy that is both uplifting and energizing. In addition to producing a strong sensory reaction in the body, this year’s tea also brings to the table an equally strong and unique fragrance, as well as a thick, expanding feeling in the mouth.

With very little coarseness or bitterness, we highly recommend this for drinkers who prioritize texture and unique fragrance.

Of Course I Still Love You 2021 Spring Mansa Raw Puer

WMD Mansa is a high quality tea, there’s no question about that. An experience with a tea like this is impossible to summarize, but for me the highlights were the complexity this tea displays both in the cha qi and the taste of course. Despite some similarities with other Yi Wu gushu, it is also fairly unique and I am very glad I sampled it. However, at $1/g, I also doubt I will be buying more of it to be honest, especially since the taste profile is actually not completely aligned with my personal preferences and the tea brews a bit shorter than most gushu does.

I like the fragrance, but I didn’t find it to be an overly remarkable aspect as the Bitterleaf Tea’s description might suggest. Empty cup aroma is mostly floral and pollen-like, while the leaves themselves smell a bit more vegetal. There are also notes of nuts, toasted bread, haystacks, thistles, and parsley to be found in the gaiwan.

The tea is complex and changes throughout the session. The rinse is mostly mineral, sweet and floral. Next few infusions are savoury with a sour finish, a strong creeping (rather than in-your-face) bitterness, and very little sweetness. I find it to be somewhat “wild-tasting” (reminiscent of Taiwanese wild tea) with notes of edamame, chicory, walnut skins, and seed oil. The aftertaste is then a bit spicy, floral and creamy.

Middle steeps are more fruity and sweet, displaying new flavours of fenugreek, peas, and grapes. There is a cooling, nutty aftertaste with an ever intensifying huigan. Late infusions then become mostly sweet and citrusy and remain flavourful until the end. New notes include those of fish broth, carrot, and lemon. The aftertaste is somewhat perfumy and biting at this stage.

After about 13 infusions, the tea doesn’t have enough power to sustain classic brewing. However, as with many Yi Wu teas, one can break up the leaves mechanically to prolong the session if desired. The resulting brews are thick, sweet and balanced with a return of the more vegetal aspects and a sweet cooling aftertaste, as well as another energy boost.

Throughout the session the body is medium to full with an incredibly smooth texture. Early on, there is a mouth-numbing sensation as well. The cha qi is very strong and warms the whole body and soul. In the early stages, it is very meditative, while afterwards I get mostly an energizing feeling from drinking the tea.

The WMD was one of my favorite teas of 2017 and this years is up there as well…but I’m a big fan of Mansa teas as they seem to combine the floral notes of Yiwu area teas with the backbone of a Menghai. This tea is no exception. This years WMD is very similar to how last years tasted this young except last years was fruitier early on while this years has a more vegetal pea soup character akin to a Japanese sencha or gyokuro. This seems like a common theme this year. Teas that had lots of apricot notes the past few years seem vegetal and minerally this year. Don’t know if it’s different climatic conditions or what. This tea steeps forever and bitter vegetal oily sage and camphor notes fade to sweet orchid and lemongrass. Potent, meditative energy emerges from this tea starting with a tingle in the forehead then spreading through whole body. I see why some monks believe that to drink the good stuff and not meditate afterward is a waste. This is a small vendor that sources a modest but diverse assortment of teas. All are worth sampling but this one is the flagship.

Bitterleaf released a ton of new teas recently, and I purchased samples of most of them. Since I reviewed the 2017 WMD recently, I thought it good to start with its successor, since I had a point of reference for it. My sample had both a couple larger pieces of the cake along with some nice individual leaves. I ended up using just a single chunk which I did not break apart at all. I sometimes like to do this when assessing a tea to get a good sense of the actual level of compression as well as overall leaf integrity. This equated to seven grams in a 100ml gaiwan.

I did a brief rinse for five seconds, followed by a five minute rest while I sipped the precious nectar. The wash was sweet, clean and creamy, with a nice mouthfeel to it. The quality of the material was already evident. The session was promising so far. A followed up the rinse with twelve proper infusions, the timing for these being 5s, 5s, 7s, 10s, 15s, 20s, 30s, 45s, 75s, 2 min., 3 min. and 4 min.

First infusion, wow, strong. The single rinse had been enough to break apart the entire chunk, resulting in a potent brew right off the bat. The body was decent, but I expected it to improve as the leaves themselves started opening up in later infusions and the steeping times were lengthened. Mouthfeel was pretty good. It was already clear that this tea is quite potent, and when I say potent, I’m not talking about the strength, although it definitely has that as well. The taste was sweet, maybe a bit fruity. There was a darker green side to the tea as well. The soup was strong, full of vitality. It wasn’t quite something that would floor you, but the effect it had did come close to that. Smelling the empty cup, I noticed a really nice aroma.

As expected, the soup did thicken up in the second brew. The tea was still strong, but not quite as strong as before. The taste was sweet and somewhat sour. Once the huigan kicked in, the sweetness became quite intense. The flavors coated your mouth, and you could keep re-tasting the tea as many times as you wanted by pressing your tongue against the roof of your mouth.

The third steep presented you with more sourness. This is not something I’ve really tasted very often in young sheng, so it was interesting. It could either be a product of the very young age or being pressed recently, or just an attribute of the tea itself. And when I say sour, I don’t mean bad kind of sour, just a neutral kind of sour. The body was now quite good, but as I was greedy, at the back of my mind I was craving just a little more. Mouthfeel was good as well. The tea coated your mouth and throat lightly and I could definitely feel it in my body. The aftertaste between infusions was awesome. Overall this was a surprisingly satisfying steep. This is clearly quality stuff.

Steep four was brighter. It was perhaps a tad metallic and there was a small amount of harshness to it. There was also less body now, but some huigan as well. This was a typical rough patch that most young teas hit around this point, but it was honestly not a big deal at all. In terms of qi, I was feeling a bit of pressure in my head. Between infusions I could taste spices in my mouth. In the next steep the harshness was gone and the tea had become really easy to drink, perhaps in part due to the texture becoming much lighter. There was some darker character up front, which turned into sweetness from the huigan. I could notice my airways clearing up a little.

A small amount of harshness returned in the sixth infusion. I found the tea to catch a bit at the back of my throat as I swallowed. The body was decent and the taste mainly sweet, although the tip of my tongue was also a bit peppery. In terms of texture the next steep was quite thin, but really slick and agile. Taste was similar to before, sweet, but also a touch peppery on the tip of the tongue. What was new was a sort of floral character.

The eighth infusion was really sweet. The body was quite good as well. What was noteworthy about it was how it kind of massaged your esophagus and the entrance to your throat. It was really warming as well. This was a steep that was all about the throat and huigan. WMD surprised me by taking a totally different turn right after this. In the next steep I was tasting a quite prominent citrus note which was accompanied by sweetness, resulting in a sort of lemonade flavor I suppose. For such a late steep, this was actually really nice and flavorful. At the back of my mind I was expecting harshness to kick in around this point, but what I got was quite the opposite. The tea was really, really sweet and overall quite wonderful. Finishing your cup left you with a nice feeling.

The harshness that I was expecting did start to steadily increase with every steep from this point on. The strength and sweetness stayed solid and it wasn’t really until the twelfth infusion that the harshness really jumped up and became unpleasant for me. It is possible that this might’ve been a bump that you could have gotten over, but I was quite content with a dozen brews, so I decided to call it there.

While I thought the 2017 WMD was good, I must say I was more impressed with this year’s counterpart. It’s not quite a fair comparison as I never drunk the 2017 when it was this young, but nevertheless the 2018 does definitely not fail to deliver. That being said, at least for right now, the two teas offer two quite different experiences. While I found the 2017 to deviate from what I’m used to when it comes to high-end sheng and be more of a flavor-focused experience, the 2018 was much more along the lines of what I’m used to seeing. The strength is good, the longevity is good, the tea is clean and pure and possesses a ton of sweetness already. While there may be a small amount of harshness at least for now, there isn’t really any notable bitterness or astringency as far as I can tell. For drinking right now, the 2017 is probably better suited, while the 2018 I would probably give at least a couple months to settle a little.

While I already own a bing of the 2017 WMD, unless the tea sells out in the next month or two, I will definitely be purchasing a cake of the 2018 as well. I’d say you can consider that a recommendation from me. If you are interested in the other 2018 teas from Bitterleaf, expect to see more reviews in the coming weeks.