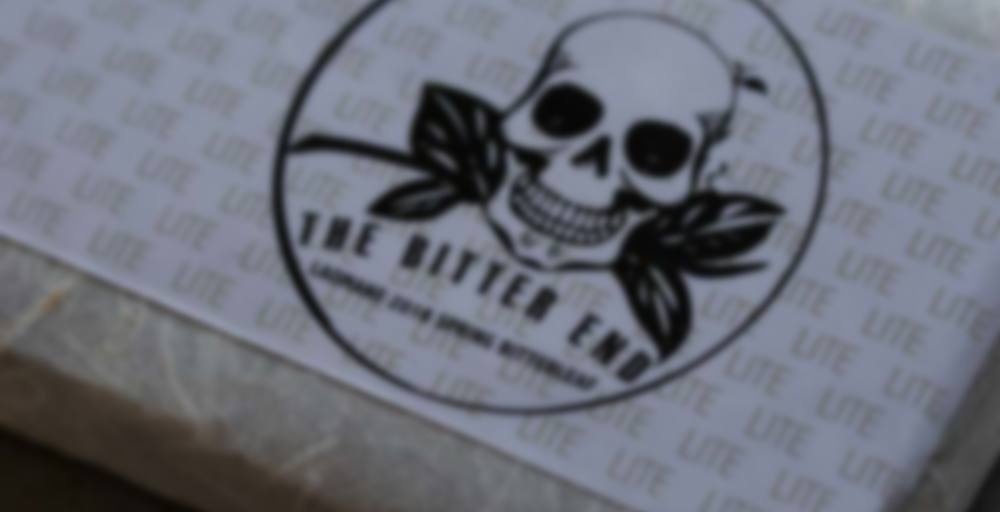 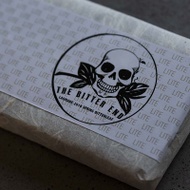 For those who wish to dip their toes into the realm of Lao Man E, this tea is an excellent starting point. Made from huang pian material, this tea provides a good introduction to the characteristics this village is known for, without as large a dose of bitterness.

While a pleasant bitter flavour is present, there is also a nice huigan and overall smooth taste. This balanced tea serves as a great daily drinker now, but also makes an affordable and suitable candidate for storage.

Huang pian simply refers to the older leaves on a tea tree that are either picked later in the season or removed from earlier pickings due to their less-than-desirable appearance. The leaves end up a yellow-green colour after roasting, and don’t take to rolling the same as their younger counterparts, remaining flatter and stiffer.

Nonetheless, huang pian material still can make for a very flavourful tea, typically with a smoother, sweeter and easy to accept character at a fraction of the price.

If you end up enjoying this tea, then we strongly recommend working your way up to our Bitter End Lao Man E and possibly even the Xtra Bitter, if you dare…

The first steep retained the thickness of the rinse, but despite the slightly extended brewing time compared to my typical parameters, the taste was still very light and slightly watery. The second infusion was much bolder, although still very light in nature. I would actually say I over-steeped this one just a little. The flavors were generic grassy hay, with maybe a hint of sweetness. The tea soup was still quite thick.

Steep three was again thick, bold, but also somewhat watery I’d say. The taste was rather basic; a bit grassy, a bit mineral, a bit sweet. The fourth infusion is where the tea finally got going. The mouthfeel was quite lubricating and the taste sweet, but also very tart. The acidity was one that made me think of the white part of a citrus fruit between the skin and flesh.

The next infusion brewed thick and oily. There was hardly any sweetness now, but the tartness was still there. The steep that followed was very similar, but I could now detect a hint of bitterness lingering in the background, but you really had to be on the lookout to spot it. It is also worth noting that the flavors were starting to get stronger now.

Steep seven really amped up on strength and the tea was brewing up really strong now. It was also extra tart, but also quite smooth. The lack of sweetness in these infusions may be a deal-breaker for some, but others will find themselves wanting more. Between infusions I finally broke apart the final tight knot left in the gaiwan by hand and as a result the tea brewed up extra strong. It was thick, thick, thick. Pleasantly acidic, blended with very minor sweetness.

Steep nine was super, super strong. Thick, syrupy. Slightly sweet, with some citrus fruit and bitterness. I was actually getting proper bitterness now, which was nice. It was nicely balanced with the sweetness and this was probably the best steep. At this point I was staring to feel warm. Steep ten continued along the already established lines. It was thick, sweet and tart. There was some bitterness as well. The tea soup was really smooth and kind of dense.

If you’ll believe it, the tea actually continued to get better in the eleventh infusion. It was thick, smooth, lubricating and increasingly bitter, but still nothing crazy yet. At this point the tea was staring to live up to its name. The bitterness was so nice. It tingled my mouth in a nice way. At this point I was surprised to realize that I found myself preferring this to the regular version of this tea in some ways.

Steep twelve was even more bitter than before, but still really smooth and palatable. Super smooth and still really thick and syrupy. There was a nice sweetness as well. While steep thirteen was smooth, sweet and fruity, it was also the first time I detected some slight astringency. The infusion that followed was the last one I did. While there was still body, the taste was watery and the flavors were clearly tapering off. I considered the tea done and called it there.

The Bitter End Lite surprised me. Based on the first half of the session I did not expect myself walking away recommending this tea, but in the second half it really came into full bloom. Two observations I made are that I feel I over-leafed this tea. I would consider 1g/15ml perfectly adequate with no reason to go above that unless you really want to. Second, my recommendation would be to break up the tea more than I did. The tight compression will take a long time to come undone, and otherwise you will get wildly inconsistent sessions in the first several steeps. We all appreciate leaf integrity, but a couple of broken leaves aren’t going to matter that much.

For the price this is a hella good tea. The strength is good, longevity is exemplary and somehow this brewed up way thicker than either of the two other Bitter Ends. I would have to revisit the regular version of this tea (I’m out though) since it may have already changed over the past two months, but I actually found this session more bitter than my encounter with the non-huang pian rendition. All three teas are good though and each have their own strengths. While this one is not necessarily quite as high quality and well suited for aging as the other two and more geared towards daily drinking, that does not mean you could not age it – while also drinking it – since it’s so inexpensive. Stock up on a few of these and you’ll be good for a while.