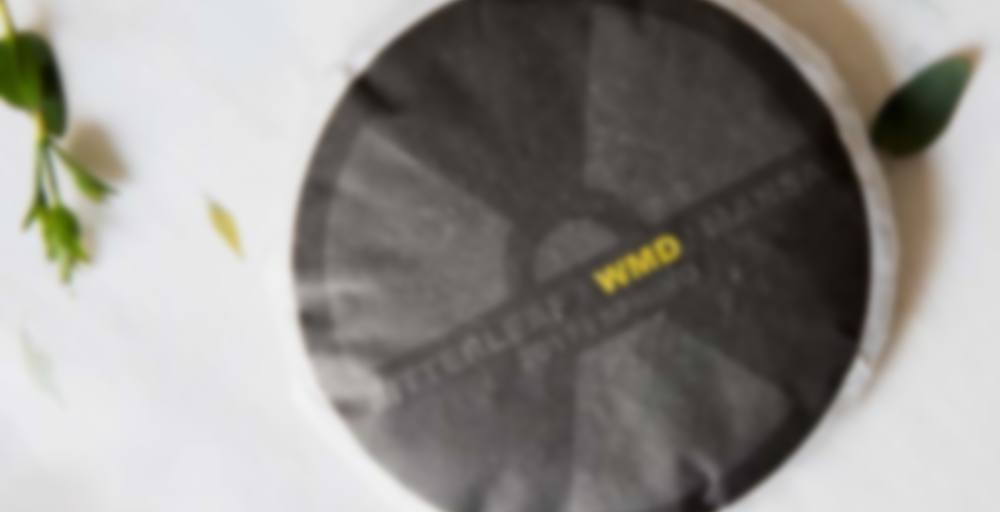 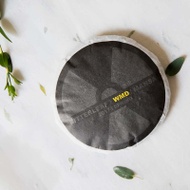 by Bitterleaf Teas
80
You

Our personal favourite tea of 2016 is back for 2017. This tea is made from Mansa (Yiwu region) ancient tree material that has been largely untouched until about 4 years ago, and packs a deceptive punch.

The flavour and fragrance lean more to the softer, well-rounded side of things, with little roughness and minimal bitterness. This tea also carries a strong energy/cha qi and excellent huigan, making it a good choice for those who tend to focus on the sensory effects of their tea. The soup produces a smooth, thick feeling in the mouth.

We stress that this is a powerful tea, capable of both beauty and destruction, and therefore best suited for advanced drinkers. We recommend taking your time between infusions in order to fully appreciate the sensation this tea creates.

This tea has been lab tested for traces of 191 pesticides, all of which were below the detectable limit.

Ohhhh wow, sweetness all over, plums
No bitterness and a punch (Cha Qi) that lasts through the day Huang Pian is a bit punchier in my opinion

Had this in dragonball form as part of the Sheng Olympiad. This tea started out low and thick, with some of the sweet/savory grainy notes that I associate a lot with high-end Yiwu. After a few steeps, higher, citrusy notes started coming to the fore, along with some astringency that got very punchy for several steeps. Once this shook itself out, the low register was mostly replaced with the high citrusy notes, along with some lingering pronounced astringency; the thickness remained, as did some noticeable qi. The finish became bright and lingering, not to mention slightly drying. Towards the very end, some green tea elements started emerging in the back of the mouth and the thickness dropped away. It held up for a good number of steeps, though, and I ultimately had to end a little before the tea did.

I had this tea in the wake of a 2014 Last Thoughts session. While the teas resembled each other a fair bit at the start, they really started diverging once the citrus notes came out. On the whole, I think Last Thoughts stands up better; it settles into the later steeps more gracefully and lacks the tartness of this one. This is, of course, noticeably less expensive (the 2018 is ~$140 cheaper than the 2016 Last Thoughts) and could make for a good alternative for someone seeking out a premium young Yiwu-ish tea for a bit less cash.

A cake of this was actually my first ever Bitterleaf purchase. I’ve also had a sample of it sitting in my pumidor for a couple months now for the purpose of reviewing it without having to break into the precious little bing. With a sample of the 2018 harvest on its way to me, this seems like a good time to finally give this one a try.

The sample I received consisted primarily of one large chunk from the cake. The appearance stands out as the leaves have a shine to them because of the small hairs on the surface. I measured nine grams in a 130ml gaiwan and gave the leaves a brief five second rinse followed by a five minute rest while I sipped the wash. The rinse was soft, sweet and aromatic. I proceeded to do eleven infusions, the timing for these being 6s, 6s, 8s, 10s, 15s, 20s, 30s, 45s, 75s, 2 min. and 3.5 min.

The tea started off sweet and mineral. I am hesitant on labeling it fruity. Since I was using a single large chunk and just a few individual leaves, the texture was still on the lighter side as the leaves were coming apart. This was already improved upon in the next steep which produced more body. The tea was also bolder, but retained the overall soft feel, which speaks for the quality of the material. The taste remained sweet, mineral, maybe a bit leafy.

It took a few sips for the strength of the third steep to become evident. It was quite strong relative to the first two. The taste itself was something new to me. It was some sort of bright citric or acidic taste with perhaps an aspect of leafiness to it. The aftertaste was strong and long-lasting. The next infusion was similar. Strong, bright, citric. Not particularly thick, but the mouthfeel was pretty good. After pondering the matter for a bit, I arrived at that the citric taste in this tea or this infusion at least reminds me of these hard lemon drop candies I’ve had at some point growing up.

In the fifth steep the texture became more juicier as I often refer to it. The liquor continued to flow well as in all of the steeps up to this point. The taste was bright, fresh and citric. There was now some sweetness as well. Steeps six and seven continued brewing along the lines of bright and citric, but were now starting to become more mineral.

The eighth infusion is where some of the flavors started dropping off while some astringency was simultaneously being introduced into the mix. This wasn’t a bad thing, as the astringency stimulated the back of my tongue in a very pleasing and addictive way. The body remained decent still and the tea was perhaps a tad oily. While the steep that followed was similarly simple in terms of flavors, the flavors themselves were really well defined. The overall taste was bright with some citric tartness.

In the last two infusions that I did, the flavors were beginning to become more faint and rather basic. The last one did introduce a small amount of harshness which to me seemed to signal a good place to end it.

Overall WMD was very approachable and easy to drink. The quality of the material is high and looking at the brewed leaves at the end of the session leaf integrity seems to have been preserved well as well. The leaves possess a good amount of strength and the tea tastes ultra clean overall, conveying the environment it grew up in. Unlike some other high-end teas I’ve had, I found it more focused on flavor than the sensory side of things, which some might prefer and others not. Besides maybe a slightly more energized state, I didn’t notice all that much cha qi, although there were a couple of points where I felt this tea might get me tea drunk, but ultimately that never happened. If not for the price, this tea would be a safe choice for someone just getting acquainted with young raw pu’er, as it lacks almost any kind of harshness (this is probably where the huang pian version comes in).

While I liked this tea, I didn’t necessarily love it. I’ve had the privilege of sessioning some really good teas recently that wowed me more than this one. Had I sessioned it six months ago, I would probably have been very impressed by it, but for the time being the bar is set pretty high right now. Regardless, it is a very good tea with a price tag to match. The quality of the base material is high and seeing how it will develop with age will be interesting. I am probably going to give the 2018 iteration some time to settle before trying it out, but comparing the two will be interesting.

17s: Mostly the same, but a bit of woodsiness is the first flavor creeping in, and I feel like I’m starting to get overall buzzy too.

25s: Feeling wild-eyed. I don’t love the dry sensation, and the buzz is starting to veer a bit manic (though the huigan is getting milder). This one is purely about sensation and texture for me – I’m getting almost no flavor to speak of.

32s: Less salty by far, smoothing out, though some of the acidic buzziness remains.

40s: I’m stopping here because the dryness has reached my throat and is starting to bug me, and I don’t want to feel any more buzzed right now. I have a bit more sample and a dragon ball of this, think I’ll put them aside for a few years then check in again.

Bring on the awesomeness.

Next to the single tree lbz maocha from clt this may be my favorite sheng of 2017. Super complex. This tea is the only sheng I’ve had that has a bit of the pea soup aroma I only get from Japanese sencha. There’s lots of menthol and evergreen, tobacco and earthiness. Big uplifting qi. What more could one ask for?