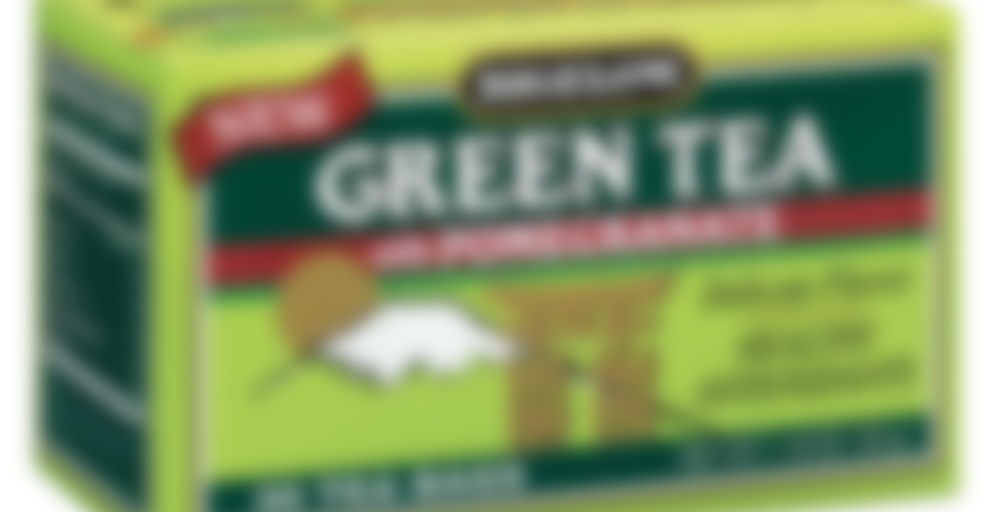 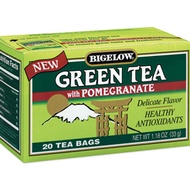 with 30 Ratings Rate this tea Rate This Tea

Mother Nature gave us a wonderful gift when she packed powerful antioxidants into green tea.
But not all green tea tastes the same. To make all natural Green Tea with Pomegranate, Bigelow uses only the finest quality tea that has been grown in higher-elevation gardens and gently processed to bring out the tea’s natural, smooth flavor. The exciting taste of pomegranate is then masterfully blended with the delicate geen tea before wrapping each tea bag in its own protective pouch to seal in all the wonderful flavor and freshness.
All natural Bigelow Green Tea with Pomegranate takes green tea enjoyment to a whole new level. It’s a great way to help you relax and enjoy a healthier lifestyle.

Completely unrelated to this post — today I learned how to steam gyoza on my stovetop and I’m quite proud. I see many dumplings-and-tea lunches ahead of me.

Anyway, I’ve been meaning to give this a try and the reviews here were even more encouraging. People can be kinda harsh about Bigelow, but they didn’t seem to hate this one as much.

The bag smells like tart apples. As the tea steeps, it goes from the a faint green tea color to the color of strawberry applesauce. Oh, hibiscus, I know that’s you. It does give it a cheery pink/red hue that someone might mistake for the pomegranate’s influence, though. Clever. The scent of it brewed still smells predominately like apples and rosehips. The flavor, however, is a little weaker than what I was expecting. It basically tastes like a Celestial Seasonings Zinger to me. Fruity with a lot of stuff going on in the background, but none of it being flavors from actual tea. This is meh, but probably alright iced.

I’m reviewing the keureg cup version of the tea.
Sorry, I’m going to spike the rating of this tea here – I have to say that I like it.
Objectively, it’s a pretty poor tea, it’s mostly a hibiscus flavor. That said… it reminds me of drinking tea years ago. It is incredibly comforting, actually.
I ran the keureg empty twice to make sure as little coffee flavor would come through as possible.

I added a box of this tea to my fiancee’s birthday basket last year. He loves green tea, and enjoys a cheap cup the same as an expensive one, so I figured we’d try it. He loves it, and is always happy when I make him a cup of this. This is my first time trying it. The dry teabag unfortunately has that artificial, chemical smell just underneath the pomegranate aroma. I also thought it was odd that the instructions listed on the box said to use boiling water, which I’m doing even though I know it’s wrong. The steeped tea smells like very tart hibiscus, yuck. There’s a bland fruit flavor that is immediately followed by a really icky, musty artificial taste that lingers. I tried adding some sweetener, which actually helped a lot, but I can still taste the chemical taste at the end. It does diminish a little as it cools. I actually find it really funny that my fiancee loves this tea so much, bless his heart!

Relaxing after work and after having been craving green tea all day I thought it was the perfect call to try this tea. Looking at other drinkers reviews I can see that this tea is like Marmite and I will either love it or hate it.

The tea’s sachet states to steep the bag for 2-4 minutes.

Apples are notable in the fragrance with slight berry-like undertones (which must be the pomegranate). Deeply red in colour this tea contains green tea, apple, pomegranate, hibiscus, rose hips and licorice root.

While tasting fresh and fruity I am having trouble detecting the full ingredients with the most important one being the pomegranate (considering this tea is called green tea with pomegranate). Just as it was smell wise, apple is the most dominant flavour by far. A slight bitterness can be found amongst the after taste which I believe to be the green tea.

While being a nice sweet yet grounded flavoured tea It’s name seems a little misleading. I would personally suggest re-naming this tea to ‘Green Tea with Apple’ as that would be truer to form. But still overall a refreshing drink… just a shame about the pomegranate (or lack there of).

As long as the tea doesn’t have too much hibiscus…….I’d probably like it. I’m not a big hibiscus fan.

There is only a very slight taste of it which is mostly in the after taste. The apple in it was nice though and made all the difference.

ch3rryprinc3ss, we just wanted to say thank you for your review of our Green Tea w/Pomegranate. We will certainly share your observations with the lack of actual pomegranate flavor, not being as pronounced as should be in a tea which is after all, Green Tea, with Pomegranate. We really do appreciate your feedback, thanks

I feel that it has been too since. I have reviewed a tea and been in fellowship with my fellow steepsters. Not that I haven’t been enjoying tea….just lacking the time to log in with life’s hectivity. I’ve been making the effort to half-caf myself. I’ve been having heartburn issues with having two upper endoscopes over the last three months. I noticed that when DJing weddings coffee is my crutch beverage, and now knowing that more than 4 cups a day can negate coffees health benefits…yeah. So I’m running sound this morning at church and this is one of the tea offerings. It’s pretty mellow. Most pomegranate teas I’ve had I haven’t really found a strong taste some have a been downright nasty. This isn’t bad though I can’t really taste the green tea. That’s not a bad thing either since a lot of bagged greens tend to be bitter and nasty. This could be one that I could keep on hand in a pinch or at the office for convenience. Pretty good on a Sunday morning.

Hectivity. Love the word! May I borrow it?

It’s difficult for me to to say anything redeeming about this – difficult to taste the green tea and then the hibiscus and rose hips are making it very tart. bluh, I am not a fan…

I’ll try just about any tea, but I’m not a fan of hibiscus. Usually it is overdone and makes the tea too tart, or overpowers the base tea.

This tea is just apple. The second ingredient is apple. I don’t get anything pomegranate from this tea at all. I have a few bags of this left, but I really don’t know what to do with them.

This was new in the breakroom, so I had to try it. Not bad…not amazing…not quite great…a touch of good, perhaps.

Bought this at a steal of a price for a multi pack on Amazon & it didn’t last long!

I love green tea. I love the Earthy taste & the aroma during brewing. It used to be an issue brewing loose leaf tea at work…..so this bagged tea was a big favorite.

If you’re looking for a deep pomegranate flavor, you won’t find it here. It’s more a mild fruit flavor, but not a nasty aftertaste. You won’t need much sugar in this one. I normally add a little agave for a drop of sweet.

Definitely one to keep on hand.

This one for me had a far better bouquet without a truly amazing flavor. I don’t absolutely adore it, but it’s okay for mellow afternoon green when I’m at a restaurant. In that way its much better than being brought a generic Lipton of orange-black with my lunch.