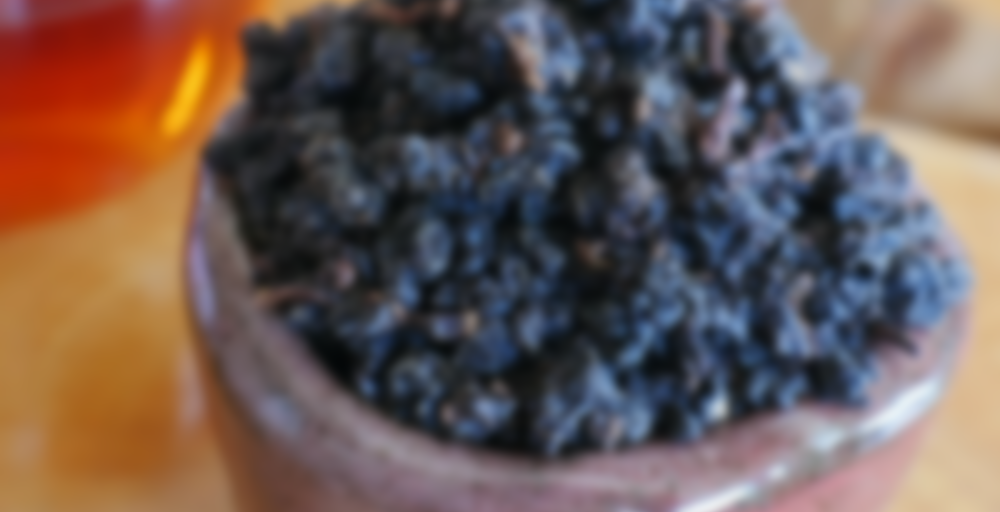 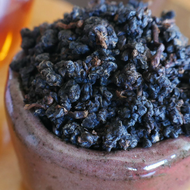 by Beautiful Taiwan Tea Company
82
You

We just started working with Farmer Luo this season and couldn’t be happier with his teas. This one is his Alishan rolled black tea grown near Dabang village. Rolled like a high mountain oolong and roasted like a black tea… delicious!

Hey gang, I’m still playing catch-up with regard to my postings, and in order to bring myself one step closer to getting caught up, I figured I’d take a few minutes out of my working life to share my thoughts on this tea. I finished a sample pouch of it around a week ago and have just been sitting on my session notes since then. I found this to be a very nice Alishan black tea, though it did not display quite the longevity to which I have become accustomed from such teas.

Prior to the rinse, the dry tea leaves emitted aromas of honey, cedar, and pine. After the rinse, I found emerging aromas of malt and roasted nuts. The first infusion then added a hint of cinnamon to the tea’s bouquet. In the mouth, I noted flavors of honey, cedar, pine, and malt underscored by hints of roasted peanut, butter, and caramel. The subsequent infusions then introduced stronger roasted peanut, butter, and caramel flavors while the tea’s bouquet became spicier, fruitier, nuttier, and maltier. I noted the somewhat belated emergence of cinnamon in the mouth as well as new flavors of nutmeg, minerals, plum, brown toast, brown sugar, roasted almond, cream, and raisin. I even thought I could catch a vague impression of cardamom in several places. The later infusions (those from the 1 minute mark forward) washed out very quickly. It took some work on my part, but I managed to detect notes of minerals, cream, butter, and malt backed by undertones of caramel and raisin.

The only other rolled Alishan black tea to which I could compare this tea was the exceptional Alishan Black Tea from Floating Leaves Tea that I tried last fall. Compared to that tea, this tea was similar, though not quite as complex or long-lived-it faded much more quickly and did not offer the unique floral impressions of the other tea. Still, this was a more or less very good Taiwanese black tea, one that was very much worth trying. Though their expertise more lies with oolongs, Beautiful Taiwan Tea Company normally does a more than respectable job sourcing black teas as well. This tea was no exception.

I have lost this note twice now trying to write it….long story short, I have had one session with this tea so far. Nutty, roasted, caramel notes. Definitely intend to try it again.

So while I drink a lot of hongcha, this is my first experience with taiwanese black tea. To be honest, it’s not at all what I usually expect from a black tea but its very good. The dry leaf looks pretty and is all rolled up like an oolong. It’s fragrant, making me think of the smell of a sweet potato roasting in the oven.

I brewed this western style for now, following the parameters on the bag (1tsp, 250ml of water, 3.5 minutes). The brewed tea is a lovely amber color and has a roasty aroma, almost made me think I had accidentally brewed an oolong. The taste is light but has a nice body and is by no means weak. Strong roasted tones without being too overpowering, with an underlying maltiness. Very smooth for a tea with roasted notes. I downed this really quickly.

I look forward to playing with this one more including gongfu brewing. This is a very good tea and I am trying hard not to like it too much, as ordering from US vendors is incredibly complicated for me. May have to explore other taiwanese Alishan black teas from other vendors as well.

Alishan black tea from the Da Bang village that was rolled like a black tea… excuse me, but why haven’t you bought this is a question for you and your wallet to discuss.

I have always found Taiwanese black teas to be superior to Chinese; and here’s more proof of that. Between my Sun Moon Lake, Shan Lin Xi, and now Alishan, black teas… I find myself drinking more fully oxidized tea.

This stuff is my every day drinking tea at work. Went through two ounces in less then two weeks, which is fast because I have a decent selection of teas at work throughout the week.

This has a very mild taste to it with some notes of honey and then wet cinnamon. Small hints of toast if you sit there and close your eyes and let it work through the mouth. Easy to brew, solid taste, and decent rebrew ability on this unique tea.

Finished off my sample of this yesterday. I’m now elevating the rating into the coveted 90-100 spot because this is something that I absolutely want to have stocked at all times. The roasty malted flavors are there, strong, and they go the distance. I steeped this one at least 7 or 8 times and it kept giving me the flavor I was looking for.

All I can think of is “he’s going the distance. He’s going for SPEED. He’s all ALONE, ALL ALONE IN A TIME OF NEED.”

Haha that is funny because, for me, all I could think about was William Hung and his rendition of, “She Bangs,” except it turns into “Da Bang, Da Bang, oh baby when she moves, she moves.”

Why is William Hung STILL A THING? Will we be super-old and whispering about him on our death beds?

It’s true. A pop culture sensation. He’s still making music, you know. Or so I’ve been informed. Anyway, this thread has managed to keep that clip playing over and over again in my head. Yay tea.