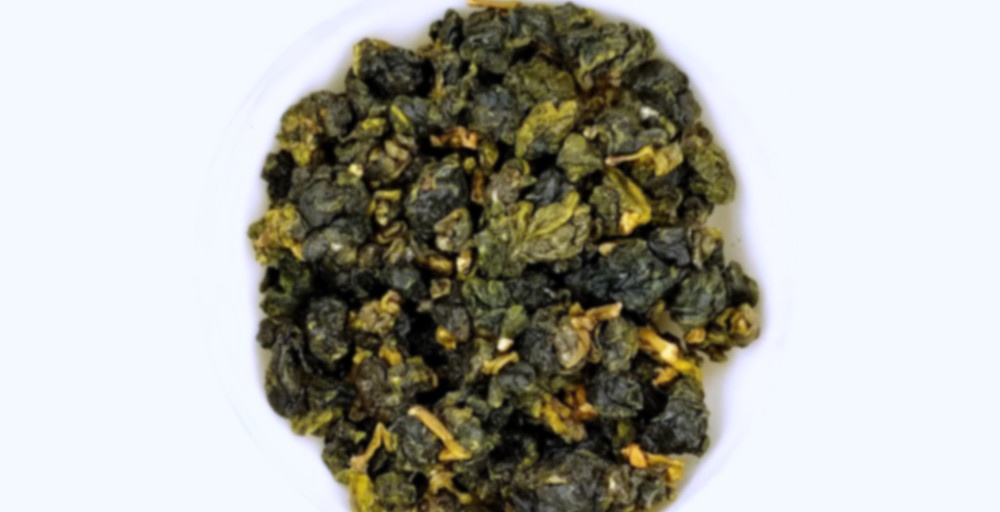 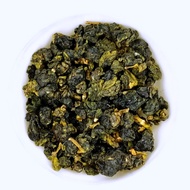 by Beautiful Taiwan Tea Company
86
You

We got a GREAT price on this quality tea and we’re passing the savings directly to YOU. We love this Yushan grown High Mountain Oolong. Yushan is known as Jade Mountain and towers over the neighboring landscape. This tea is grown at 1,600 meters by Farmer Luo who also has a plot on Alishan Mountain.

I’ve been trying not to get too interested in high mountain oolongs because of the cost, but this one weakened my resolve :) The leaves open up quickly in the teapot, accompanied by a jasmine-like aroma, much more floral than the liquid tastes.
The most prominent tasting note for me is butter, almost too strong except that it’s balanced out by a floral and nutty aftertaste. Very different from my usual fare, but delicious, especially at this price.

This has to be one of the most pleasant high mountain oolongs I’ve come across thus far.

The dry leaf was very fragrant with savory, floral and sweet notes. In the warmed leaf, I think I could identify the savory note as buttered pumpkin, sweet cream and honeydew almost overripe. The florals I recognized were very sweet lilac, honeysuckle and faint orchid. These all became more apparent with the rinse.

The tea started out fragrant and full of flavor with tastes of minerals, vanilla, cream, butter, grass, strong but not overwhelming florals, light pumpkin. As the tastes lightened from the fourth steep on, I caught additions of sweetened coconut, then pineapple followed by lemon water and ending on a light, dark green vegetal note.

The dynamic aftertastes were a highlight of this tea. Very nice floral, sweet and buttered winter squash aftertaste on the first steep that made me go ‘Wow.’ That transitioned into a stronger floral fruitiness with some faint cooling, followed by green apple, to salt and pear, peach and finally ending with a nice mineral savoriness. The liquor was smooth and light throughout, producing a good amount of salivation, though I did notice a little bit of scratchiness in my throat.

I like that this tea didn’t have a noticeable energy, just a really pleasant delivery of tastes and transitions. Neither a floral nor vegetal bomb. It may not appeal to those who aren’t fans of minerals or saltiness but for me this tea had everything I could need: savory, sweet, floral, fruity, minerals, and a barely perceptible astringency.

DId you drink this recently?

I’ve had last year’s, but your description was still awesome.

Derk, thank you so much for your sample of this. It was lovely. <3 I had it last week and am almost done with the samples you sent me. The last few I “rated” but didn’t write about them. I think both you and easttyteaguy did fantastic reviews on it already. Thanks again!

Oh man, I have plowed through so much tea today. I went out of my way to squeeze in a gongfu session with this oolong earlier in the evening. I had been meaning to try this one for some time. I wish I had not put it off for so long because I found this to be a very nice tea.

Prior to the rinse, I detected mild aromas of cream, butter, vanilla, sweetgrass, and fresh flowers on the nose. After the rinse, I detected stronger vanilla, cream, and butter scents coupled with custard and considerably more defined aromas of orchid, lilac, violet, and honeysuckle. The first infusion produced a similar aroma that also began to reveal hints of cucumber and citrus. In the mouth, I mostly detected vanilla, cream, butter, custard, and sweetgrass balanced by touches of flowers and cucumber. Subsequent infusions brought out notes of cinnamon, pear, tangerine, green apple, and pineapple, as well as what struck me briefly as a mix of coconut, cantaloupe, and honeydew. Minerals also began to emerge on several of these infusions. The later infusions displayed a stronger mineral presence, but remained mostly savory, somewhat vegetal, and smooth. Hints of fruit and flowers were still detectable in the background at points.

This was a nice oolong. It had a ton of character and depth. The fruitiness and the strong savory notes, in particular, were impossible for me to dislike. If you are a fan of Taiwanese oolongs, this one is definitely worth trying.

This is quite a complex tea. It starts off with sort of the usual herbal/vegetal things you have with green oolongs, then, WHAM! You get hit with some serious savory notes. There was a strong marine saltiness that showed up. Not unpleasant, but very strong and very present. As salt does, however, it highlighted the top notes and made the sweetness pop in the after taste.

If you have ever put salt on honeydew melon to help highlight the flavors and sweetness, then you will really dig this tea. Same kind of experience going on.

So, have I ever put salt on melon like some kind of weirdo? Heck yeah, and it’s awesome. This tea is unapologetic in its flavors, which I like, and it rewards you with a prolonged, serious fruity aftertaste. Great experience.
*
*
Dry leaf: very herbal – dill, parsley, coriander, hints of floral-honey notes. In preheated vessel – roasted corn and vegetal notes appear, thick honey and honeysuckle sweetness.

I got this as part of the Liquid Proust 2017 regional oolong group buy.

Although it is a rolled oolong it opened up straight away. The smell of the wet leaf is hard for me to place. I get strong savory notes, with floral sweetness underneath.

I will definitely be purchasing more of this tea.

I tasted this side by side with the charcoal roasted “sister tea” in a nice long session with a friend who is new to oolong, I will include comparison notes as well as reviewing the charcoal roasted tea. Both are brewed 5g of leaf in 200ml glass teapots with 190F water and 30 second infusion times (taking into account the ~10 second pour)

The dry leaf is more subdued than I would have thought with a strong and biting oolong scent and not much else. The teapot lid carried an extremely strong floral scent with more strong oolong notes.

The liquor brews up a stunning gold color like a freshly filtered apple juice and smells like a meadow of wildflowers and grass that has just been mowed down with their scent still thick in the air. The taste is what really took me aback… before this I didn’t really see what the fuss was about the floral oolongs fetching high prices, I have had floral tea before I figured it was just a pretty common tasting note, I was dead wrong. This is ambrosia truly the nectar of the gods I am drinking. The pure sweet floral taste with hints of fresh honey and beeswax made me exclaim out loud how wonderful it is, and the rest of my group could not stop talking about this infusion. The mouthfeel is like a thin broth with an excellent lasting sweetness.

The second infusion was a pale comparison of that first taste with the same general notes but a bit of orange zest sourness coming through. The third infusion loses a bit of sourness and keeps mostly the same. Steep four is much more buttery and grassy getting progressively fruitier and less flavorful until it died at steep 10.

Overall this is a great tea; however, you trade longevity for amazing tasting early steeps. Maybe this is a tea that would be better western style to really bring out the early notes, as after steep three it wasn’t a tea I was fond of, but before that it was amazing.

The charcoal roasted “sister tea” is more muted early on; however, I was able to take it all the way to steep 10 and still enjoy it. The roasting mellowed out the floral notes, but made an overall sweeter more well rounded tea. It also had significantly more umami flavors and more cooling.

Tumbler Test: I was pleased how well this did. It had a orange-pineapple thing going on with the florals. The minerals were still there, and it grandpa style three times. Most impressive.

With that said, I gotta find myself a lot of jade oolong soon. I should be looking for a daily drinker which this might work for, but there are others I’m debating on- I’m looking for heady florals, fruity, and sweet for any brew style imaginable.

Really enjoyed this sample from BTTC. Its fruity flavor and lush fragrance reminds me a lot of some of the Shan Lin Xi teas I’ve had.

The tea leaves are tightly rolled into giant green nuggets and smell intensely floral and creamy. It brews up vegetal and a little tart in the beginning followed by a rich and robust pear like fruitiness, flowers, and a tangy mineral flavor.

An excellent tea for the money. I would definitely pick up some more on my next BTTC order.

I’m very tempted to get some myself. I’ve been trying to find good Gaoshans that are heavy on the fruity and floral notes but lighter on the veggie. Could this fit that description at all? And I’ve had Shan Lin Xi’s. Misty Mountain was a stable, but I was not as happy with it this year as I was the first time I had it.

I don’t remember it being too fruity or floral, just nicely balanced. I liked Misty Mountain and would rate this one above that tea.

Daylon, can you make a list of these teas – i’ll do the same, as that is exactly what i’m after as well. Maybe add them to the thread you made so we have a go-to list for lovely jades