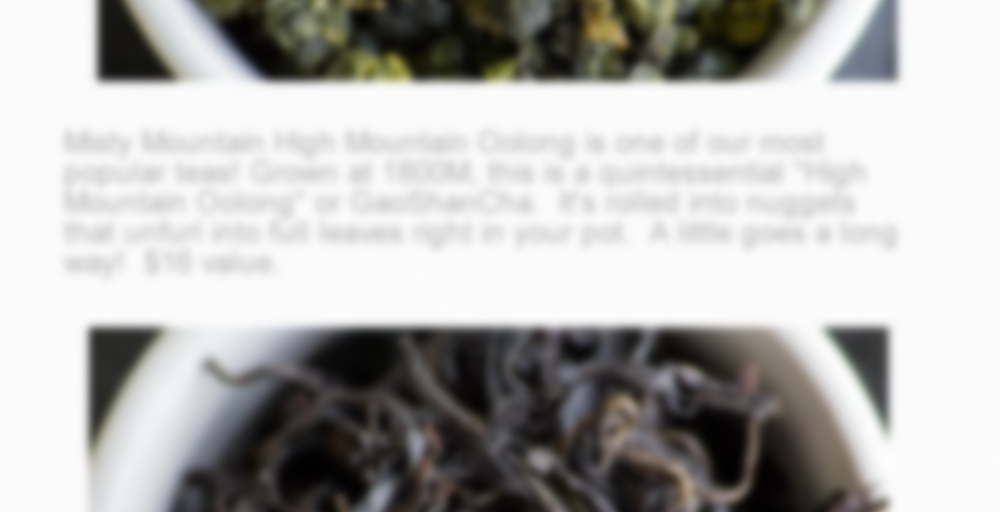 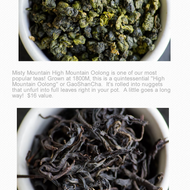 by Beautiful Taiwan Tea Company
83
You

Farmer Lee’s Black Tea is one of the best Assam-style black teas in the world n our opinion. It’s dark, rich, malty and makes a great breakfast tea. Feel free to add a drop of milk and a bit of sugar, but it probably won’t be necessary for you.

Drinking the last of this today. I am finding it earthy and with subtle notes of berry. Now, full disclosure, I picked (and ate) a few bowls of wild blackberries on the back of my property line this morning so I’m not sure how much that is influencing my taste buds.

It is very smooth, though I can feel that if I pushed the steeping lengths too much longer it could go tannic on me. A nice tawny, ruby, reddish color through most of the steeps. Nothing too big jumps out. It is strong but unassuming.

The dry leaves and the brewed tea smelled absolutely wonderful. I brewed this deliberately on the lighter side and it showed in the taste but even so needed a touch of sugar to overcome the tannins. I think that brewed stronger this would be a very bold pick-me-up for a morning tea.

Getting some hints of astringency as I push out the time up near 1min30s. Wonder if I pushed it out too fast? I enjoyed drinking this tea, though my notes are sparse.

Way more leaves filling up my giant ball this time, and Western steeping time at around three minutes. That did the trick. I still get the classical Assam maltiness with the tomato, honey, and cream. But I also tasted very distinctive grain notes like rye and oat. Now that I think about it, this tea would pair well with a grilled cheese in the morning. Maybe that grilled cheese should have tomato, onion, or even apples.

Either way, I’m enjoying it much more this time.

Thank you Liquid Proust for the sample! It kind of took me a while to get to it, but when I finally did I made sure to really get the most out of it that I could. I had a nice informal Gong Fu session with this one after work in the evening earlier in the week, and while I didn’t really go out of my way to pay attention to infusion times or the number of infusions I did I greatly enjoyed the tea itself – you were correct in saying that this is a truly phenomenal tea! I’m happy you passed it along.

As I drank this, I was reminded in a lot of ways of Butiki’s Taiwanese Wild Mountain Black which is naturally a very sweet tea as is this one. The two also share a lot of flavour notes such as raisin (but not overwhelmingly so), honey, malt, caramel, and baking bread. The biggest and most important note these two have in common, however, is sweet potato! That flavour in black tea just makes me weak in the knees. It’s divine in a way I can’t even begin to describe. Even just thinking about it now nearly has me drooling. And man, this tea certainly knew how to bring those sweet potato notes! Somewhere in the middle of my session, whatever infusion that was, I hit the sweet spot. The ‘sweet potato spot’, if you catch my drift. That’s a bad pun, ignore it.

One other thing worth noting: The first few infusions do have a bit of ‘bite’ to them. Not in a bad way – there’s no bitterness or soul sucking astringency. The flavour’s just quite brisk initially, or so I found.

I will never ignore puns. They’re the shit. ;)

Thanks again, Nicole! These black, twisty, giant (but tiny tree branches) leaves look like they should create such a mean cup, but I guess I should know by now! The brew is actually quite light. I thought it would be like Butiki’s Taiwanese Assam but not so much. For some reason, the only flavor note I’m getting is mild tomato soup which has usually only been happening with tiny leafed assams lately, not teas like this. But surprise! This is actually assam. I was trying to find other flavor notes but I couldn’t! Just subtle notes of tomato, cream. Otherwise simply sweet and smooth. I’m not getting the “dark, rich, malty” from the description. Unless I was supposed to use WAY more teaspoons than two.
Steep #1 // 2 tsps. // 10 minutes after boiling // 2 minute steep
Steep #2 // just boiled // 3 min steep

I was hoping for PTA too but still really enjoyed this tea :)

Saturday my husband and I spent the day in Indianapolis. We attended the State Fair Brewer’s Cup because my husband had some homebrew beer in the contest, and before that we met Paul from Beautiful Taiwan in Carmel IN to taste some of his teas and chat and buy samples from him. Paul was so nice and so knowledgeable about his teas and the farmers and farms they came from! This was the first tea I tried when we got back home. Pictures!

This was a stunning and complex tea. I really really enjoyed it. Lots of malty notes that opened up into fruity and sweet. I wish I had taken notes while I drank it yesterday but I was running around the house in between steeps doing laundry and cleaning the house after my trip. Anyway, I can’t wait to try the rest of my BTT samples if this is any indication of the quality! :D

Did you back their KS as well as visit them?

Did not know about his KS until my visit, so just the visit part LP

Holy cats, this is some great tea! Honey, malt, smooth, mushroom – everything I love about Taiwanese blacks. I’d happily keep this on hand. It reminds me a lot of the honey blacks I love.

Sounds good! I’ll have to check out this company’s teas!