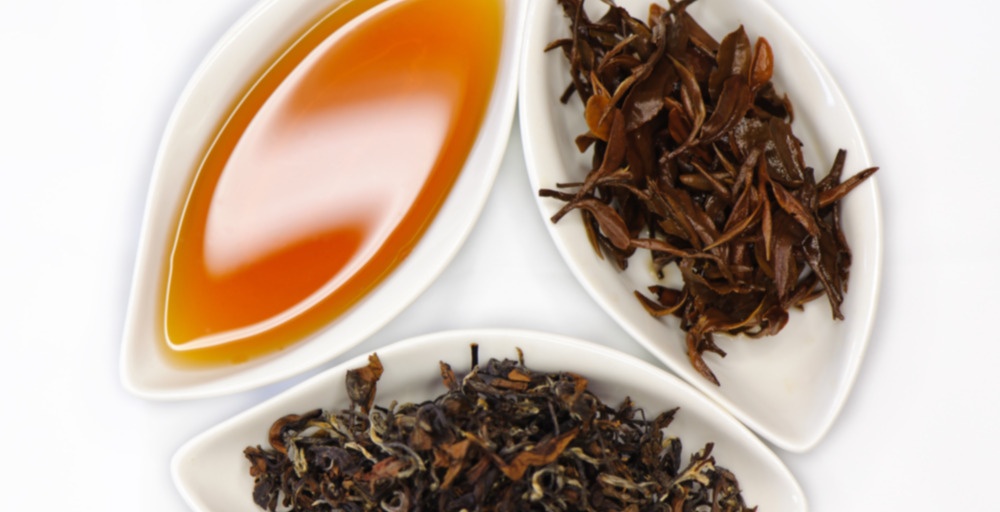 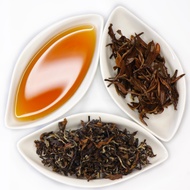 by Beautiful Taiwan Tea Company
78
You

Also known as Oriental Beauty, this teas name was given by Queen Elizabeth II of England who considered it a BEAUTIFUL tea! You’ll get hints of honey and cinnamon from this tea. Although an oolong, it is closer to a black tea in taste. It’s light bodied and very smooth. Don’t add anything to it please as this tea is very pleasant and sophisticated.

This Asian Beauty Oolong, also known as Dongfang Meiren,Oriental Beauty or White Tip Oolong, is as complex and evolves in character as great as the variety of its name. It is quite impressive, as it changes with each infusion. There is as much shift in the taste and profile as the weather here in the Midwest. I’m very captivated by this one, to the degree of being very hard to stop drinking it. Cup after cup, there was something new and intriguing.

Let me start by saying the leaf quality is spectacular! There is a varying of size, but most all of the leaves are smaller than the normal larger oolong leaf. There are plenty of very small leaves that are absolutely perfect in their shape and with lots of buds present as well. The leaves resemble a very high grade black tea leaf, with its smaller shape and length. Again, very interesting.

The initial few infusions speak of a certain cranberry tanginess that has a sweet aftertaste – like its been mixed with an orange blossom honey. Very unique and different from other Oriental Beauty teas that I’ve tried. One thing I did noticed as you got past the fist 3 steepings, was its transition in taste to a Second Flush Darjeeling black tea. Very nice! I can certainly see why some would think of this oolong as a black tea.

I know that this may not be the tea for everyone, however I would encourage you to try it and if you don’t really care for it at first…keep drinking! It will change in taste and very well may be one of your favorites.

im very tempted. very…did you get any free samples with the order?

On this particular order I did not…however in the past I have. It may have been due to the 25% off Black Friday sale – not sure. You should definitely try these guys – they offer free shipping to all orders in the US. No minimum order requirements. Also, I know you can purchase samples from them. I don’t see this option online, but after contacting them – they can arrange the purchase. Everything I’ve tried (which has been a lot lately, lol), has been awesome.

thank you so much for recommending this company. i probably will place the order tonight. i’m always on the lookout for good Oriental Beauty. this one seems affordable

Let’s try this again. I just attempted to post a review of this tea, but of course, my browser crashed as I was hitting the submit button. I finished a pouch of this tea early this morning. It had been forever since I had tried a Dong Fang Mei Ren of any sort, and to be honest, I had totally forgotten that I had a pouch of this tea until last week. I found this to be a very nice oolong with more than respectable complexity on the nose and in the mouth.

Prior to the rinse, I detected aromas of cedar, honey, nectarine, and raisin coming from the dry tea leaves. After the rinse, I found an emerging aroma of roasted almond coupled with something of an herbal scent. The first infusion then brought out an aroma reminiscent of brown sugar. In the mouth, I found smooth, subtle notes of honey, nectarine, cedar, raisin, roasted almond, and brown sugar. The subsequent infusions brought out the herbal notes in the mouth, though I also began to find cream, butter, vanilla, peach, autumn leaf, cinnamon, white grape, malt, toast, mineral, orange zest, and date notes. The later infusions offered distant, lingering impressions of roasted almond, cream, malt, and cedar with occasional hints of butter, raisin, and brown sugar beneath a layer of minerals.

Overall, this was a complex, aromatic, flavorful tea with nice body and texture in the mouth, but I also found it to be a tea that demanded focus and patience to appreciate. It was a little drier and more savory than I anticipated, which was nice considering that I was initially envisioning something sweeter and more syrupy. I could have cut my review session at least one infusion shorter, but I opted not to considering that I was still getting some color, occasional wisps of flavor, and a lot of texture in the mouth. Had this tea retained just a bit more flavor in the later goings, I would have had no issue giving it a score of 90 or higher. It was, however, still a very worthwhile tea.

I hate when things don’t work when we want them to… :/

This is a good tea. I took a 10g sample and spread it out over three sessions with my trusty little 60ml gaiwan. Each session brought out significantly new and different notes.
The more I became familiar with the tea, the more it surprised me. And that, my friends, is a good tea. This is a tea to explore, with lots of flavors hiding in little nooks and crannies.

In general, it is very similar to a black/red tea (specifically a Taiwanese black), with a bit of slightly aged leafy white tea. It’s nutty and fruity and caramely. But the flavors behind these foreground flavors are where things got interesting: oatmeal cookie, cherry-chocolate, that weird “mulberry” note that I noted in other Taiwanese black teas… Quite a busy, but complementary, flavor profile.

GCTTB this is a decent enough oolong. It’s not roasty, and like i think it was evol, said…it’s comes across a little bit like a straight black tea. This didn’t knock my socks off but it wasn’t a bad cup of tea. sort of average for me :)

Received this one as a free sample with my order from Beautiful Taiwan Tea Company I have not been impressed with any of their teas so far other than this one very clean tea very mild great daily drinker.

What a strange lovely tea this is! It is an oolong that tastes like a honey black. I could have sworn that I was drinking honey black.

The small and medium leaves in my clear glass steeper are perfection. Just loveliness.

The tea doesn’t appear to have all that much staying power though. The first two steeps were dark and honey-ed, but the third has already faded to an mineral oolong. I might not go for a fourth steep, but as an experiment, perhaps I should.

Thank you, Ubacat, for adding this to the box.

I felt like a gongfu tea session, even if it was already way past my bedtime. So I pulled this one out of the cupboard.

The dry leaf smells of black tea and something spicy—cinnamon and anise? I hate anise, so I’m a bit worried at this point. It’s also smelling honey sweet.

I’m a bit underwhelmed by the flavor coming out in this oolong. It’s pleasant, but very light. It’s sweet and spicy, just like the aroma of the dry leaves. I got honey, cinnamon , luckily no anise.

Double the leaf and up the temperature to 205. That’s better! The aroma coming off the lid is peaches, honey, and cinnamon, and it’s intense! The aroma is echoed in the flavors to a lesser degree. There’s a bit of tannin and astringency, but not much.

Here’s a pour and a shot of my new turtley setup: https://www.instagram.com/p/BM-idVah0QW/

I don’t know if my sample got too old really fast or what but I tried brewing this up last night and it didn’t do anything for me. It was thin in color and taste. The taste reminded me of what liquid cardboard might taste like. It wasn’t gag inducing or offensive. It was just… bland and watery. Unfortunate because I really enjoyed everything else from this tea company. Just not this one.

I’ve also been unimpressed with this tea. Sad when that happens!

Yeah, I was really surprised because, as I mentioned, I really enjoyed everything else from them that I have tried. Can’t win em all, I suppose.

This one is not for me. It tastes like black tea which I really don’t like. I didn’t pick up any of the flavor notes that others described. No honey, no peach, no butterscotch, nothing except a generic black tea flavor.

You know, I find that Oriental/Asian/Eastern Beauty Oolongs really remind me of black tea as well. I’m not the biggest fan of black teas either, which maybe explains why I don’t care much for these oolongs or many Wuyi/Rock Oolongs.

Wow. This tea is great! My girlfriend asked me if it had honey in it, that’s how much that flavor comes through in this tea. Also has some pleasant mineral quality to it but, boy, I really am blown away by that honey flavor. Delicious. I got a couple good steepings western style. This company has some great oolongs!