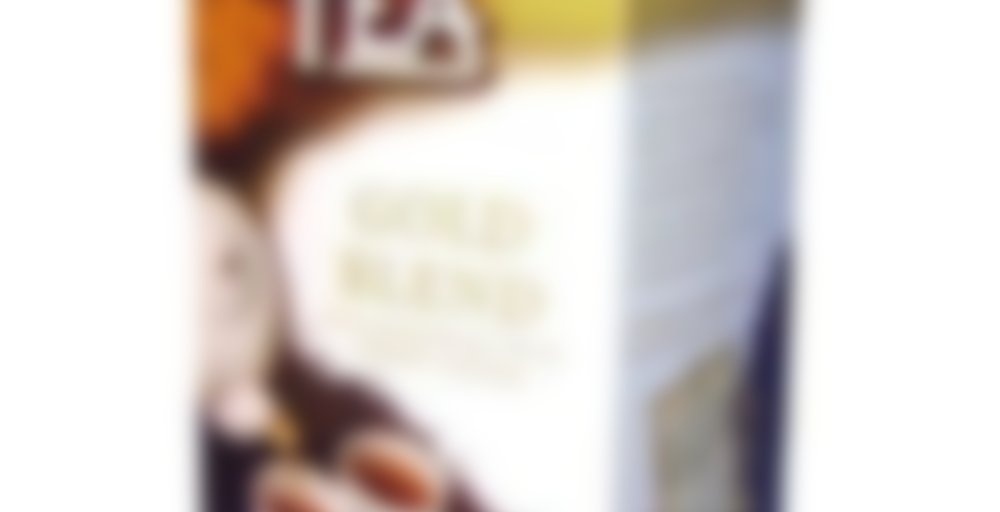 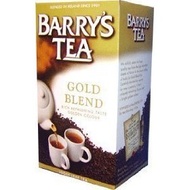 Barry’s Gold Blend Tea is the company’s flagship brand. Barry’s Tea are leaders in the Gold blend sector of the market. The finest quality teas from the high mountain slopes of Kenya and the Assam Valley of India are skillfully selected for Gold Blend. It has a uniquely refreshing taste and a bright golden colour.

I have been drinking this tea almost non stop this winter! I have fairly early classes this semester, so I make a cup of tea before bed, and then when I get up in the morning I just pop it in the microwave for a minute or so and then I dash off to class!

I really like this tea. It is not as astringent as some other black teas that I have had before, and I am still trying to decide how I feel about it. As far as a good breakfast tea goes, I will definitely be reordering this one when I am finished!

I drink this tea with a spoonful of honey and a dash of milk. It tastes exactly like you would imagine a typical breakfast tea to taste. It is warm and full bodied, though not as strong as I was almost hoping. It is very good though! Generally when I make it, I steep it for 4 min in boiling water.

I have a few breakfast teas that I enjoy-most notably Butiki’s Organic Irish Breakfast and Mark T. Wendell’s Indonesian. However, I am not one to have the same cup or two day after day-I do like my variety.

I’ve also been on a kick buying some teas that are popular in Ireland and the UK-such as PG Tips, ToH Yorkshire teas, etc. It’s fun to try what people in other countries like-even if it is not necessarily high quality loose leaf.

Anyhow, Barry’s is apparently the big tea in Ireland, so I had to try that. The tea is a blend of Kenyan and Assam teas. Breakfast blends are generally not much to look at, but this is even less so-the CTC process makes this loose tea look like grape nuts cereal. Had I known this was just a CTC, I probably would have bought the bag form of this sold in a local grocery store. Anyhow, as I’ve been noticing while buying teas popular in Ireland and the UK, Kenyan tea is included in all of these. In the States, I don’t recall coming across an Irish Breakfast or English Breakfast with Kenyan in it. This tea distinguishes itself from the EB’s because it has a higher ratio of Kenyan than the EB’s I have tried. This makes it a little stronger, but in my opinion, a little less flavorful. Also, as Kenyan teas (in general) have a little more caffeine than their Assamica cousins from India (because the Kenyan tea trees are younger) this should mean a bit more caffeine and a bit more energy if you need it to start your day.

The cup brews dark brownish copper in 3 minutes or so. I’ve gone up to 4 on this. It’s strong, but I didn’t really have to adjust to it like I did with say, an East Frisian Blend. With more Kenyan, the flavor seems a bit roastier and not as lively. Not really bland, but not exciting. I don’t really taste any bitterness or astringency, but there is a tannic taste on the back end. I’m sure that in Ireland most people drink this with some sort of milk and sugar. That’s not really my thing-I like even breakfast teas straight and plain. I did try it once with soymilk and sugar and it was okay. Different, but not better. It might help you get the cup down if this is too strong for you or if you don’t care for the taste. For me, the only tea I NEEDED soymilk to get through it was TG’s EB.

Overall, it’s a decent tea. It’s in my rotation because I bought so much of it. I’ve had this at least half a dozen times by now. I can’t say that it’s growing on me though. So far, I feel about the same about it as when I first tried it. Maybe that will change over time. If you like a good dose of Kenyan in your Breakfast tea or if you want to try a blend popular in Ireland, this might be something you’d like to try.

I bought this from The English Tea Store. It only came in 250 gram boxes-which is A LOT of tea when you have as much as I have. I’d never buy it in such great quantity ever again. I THINK the bag inside the box is foil-I just bought a big tea tin for it. It’s possible other places online have this in a smaller quantity if you don’t want that much. Or check your grocery store for the teabag version.

Friday Nov. 19, 2010
1st Steep of the Day
A Loose Pot of Barrys Gold with A Bacon and Egg Breakfast
Triple A Start of the Day.

Boiling 1 min, 0 sec
Yours I Like This
3 likes
0 comments
Edit

This tea is legendary in my household. Before I moved to England, Mom had been given a large glass container of this tea by a freind who visited Ireland. She made me a pot. It was bloody brilliant.

I moved to England. After five years, things did not go well. Mom volunteered to take me and my dog into her home in America.

I get home and Mom asks me if I want a cuppa. She pulls out THE SAME GLASS CONTAINER from five years ago and makes us a pot.

It was bloody brilliant. It had faded just a little in taste over five years, but still was a beautiful cuppa. Sometimes, late at night when the wind rattles the windows, I still dream about this tea.

It’s so cool to have a tea experience that goes that far back :) If only at least some of the tea I had in 90s was this good

Easily my favorite tea. Lovely rich flavor, works beautifully with a little milk. A must.

A friend sent a box of Barry’s Gold from Ireland. It is has a stronger taste than PG Tips or Bewley’s Green Label. It is not a tea to slowly sip, black, and enjoy facets of complex layers of flavor.

It is a kick-start tea, to drink with a bit of your favorite dairy liquid, for the purpose of waking up quickly.

The reason I am giving it as high a rating as I am, is that it is a useful tea for its kick, and is less unpalatable than the packaged teas sold in the USA.

For jump-start tea in a box, it’s not bad. It is what it is. The caffeine and theobromine will get you going.