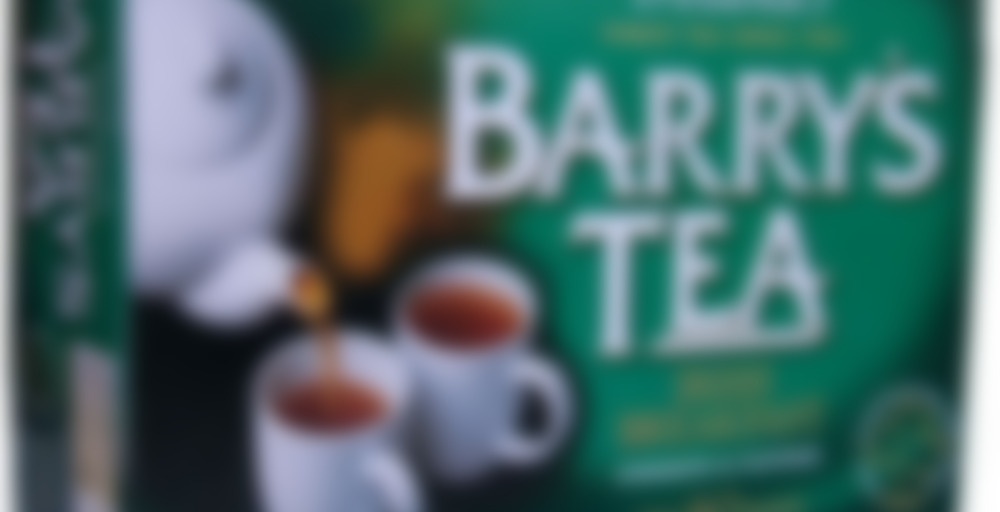 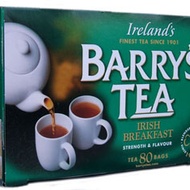 Last time I tried this it was like I was the 98lb weakling at the beach getting the sand kicked in his face by the muscle bound bully. Glad my girl wasn’t with me. Whew! Just because its St Patrick’s day I thought I would try this Irish Breakfast again. This time I first signed up for the Ju Jitsu lessons in the back of my Batman comic. Ooh-Wah! I am so ready!

Just for giggles I only steeped this about 30 seconds. It is still very dark but the taste is far more to my liking. It is NOT astringent in the least. The flavor is kind grape/wood. This is a nice cup but I think it would have been a little better at 45 seconds. A little stouter I would like. I am definitely not a 3-5 minute person with this strong tea.

Loved this review so much. :)

You show that tea!

This was another birthday gift. My mother and stepfather gave me this one so that I wouldn’t “forget my roots”. But my mom’s family drinks Red Rose, so I know my stepfather must have picked this one out…

Robust and pungent, they’ve got that right!

I’m quite biased because I grew up drinking teas very similar to this. I prepared this without milk or sugar, but I think that in the future I will drink this tea the way I used to drink black tea when I was a kid: 4 oz. of water, 2 teabags, 5 minute steep, 5 tablespoons of sugar, 4 oz. of milk. Prepared that way, it kind of reminds me of a lukewarm Thai iced tea.

Boiling 4 min, 0 sec
Yours I Like This
9 likes
4 comments
Edit

Wow, 5 tablespoons of sugar??? I have a serious sweet-tooth, but I bow to your sugar tolerance!

Haha. If you brew a tea like this so strong, you will need that much sugar!

Here in St John’s, the store that carries Barry’s tea has it in the green box, but the green box says nothing about it being “Irish Breaskfast.” This seems to be a marketing label for tea drunk outside of Ireland. I could be wrong. This box of Barry’s came direct from Ireland, though, so I do wonder.

I’ve had this teamany times before. Sometimes, yes, even Michelle the Tea Snob just wants to plop a bag in a mug, pour in the boiling water, and get some tea with minimal fuss. Call it lazy. I don’t care.

The first tea I ever drank was King Cole, a blend once very popular in Atlantic Canada. The bags were generously filled and would get very plump, tea leaves straining against the gauze — yes, gauze, not paper. King Cole only in the last year or so stopped using gauze, as gauze was getting expensive and hard to source. King Cole was a blend that satisfied with English war bride grandmother and being “almost” strong enough. In my memory, it was heavy on the Assam, very malty and pungent.

Barry’s in the green box tastes a lot like that. This blend’s got some Kenyan in it, too, and that’s fine. The result is strong black tea that can help you through bad weather, bad news, bad days …

Decent caffeine punch. Malty, with a medium to heavy body. Some Assam fruitiness, and a very strong pucker at the end. This is not a smooth tea, not after the China oolongs and blacks I’ve been drinking, but it is perfect for what it wants to me: unpretentious, dependable, everyday, blended black tea. There’s much worse out there than Barry’s.

I like my Irish Breakfast tea very strong – a legacy of early morning criminal justice classes, where tea was usually the only thing keeping me going, and I brewed it by hastily throwing a tea bag in my travel mug, adding water, dashing out the door to catch the train, and the tea reaching a drinkable temp just as I got into class. This tea definitely doesn’t disappoint on that front – it’s “strong enough to knock over large livestock”, as a friend puts it. It’s a fantastic tea for a bit of a boost to get going, or to finish the last few tasks of the day.

Good tea, I can see myself drinking this everyday. Can also mix it up with some Yerba Mate for some extra kick at noon time. Tastes like Twinnings English Breakfast tea but slightly stronger. No string, staples, tag, or paper wrapper, so for now I’ll keep it at my work desk.

8/13/12 – I’m giving this tea a higher mark, its great. I’m on my second cup today. Love the taste, great for breakfast. Sometimes I add a splash of milk and sugar. Drank 40 bags, luck for me I had a new box I just opened.

I’m on a quest to try everyday British teas right now. This is my latest, bought at World Market off their St. Patrick’s day display. I hope I like it, because the small box contains 80 teabags (though it wasn’t expensive, so I won’t feel bad if I don’t!)

The bags are tagless and a bit dusty. I started with one bag in my large cup to test the strength. The result was a bit weak, so I tried again, opening up the teabags and measuring out the tea. The tea itself is very dark brown and tiny. I’m glad I’m using my fine mesh infuser! I knew the infusion wouldn’t take a long time because the leaves were so small, so I gave it 2.5 minutes (the same amount I do all similar breakfast teas.)

I drink all my breakfast teas with milk and sweetener, so I added the usual amount. The taste… is like breakfast tea. I don’t know how else to describe it! I was expecting something pretty assertive based on the reviews here, but it’s actually milder than many English Breakfast teas I’ve had, never mind the Irish! It does have a little kick, and it is caffeinated, but it’s not special. I would drink it (though I doubt I’ll make it through the entire box!) The problem may be that it’s hard to find these teas here, except in bags. I love PG tips the most, but I can buy that loose. It may be time to order overseas. In the meantime, I’m still on a quest for a good Irish!

Have been drinking this regularly lately — and decided to rate it more highly than I have in the past, although still not up to the Punjana rating that I consider my #1 for irish breakfast teas. Very malty, and pleasant even when steeped longer than 4-5 minutes. I can drink this either weak or strong, and it seems to be just as good. I will say that it’s best when piping hot — if I let it cool a bit, the astringency seems to rise a bit and it’s not as good as if I drank it closer to right off the boil.

This is a robust tea, hardy enough to join the Fianna and as smooth and consistent as a well worn scabbard. From the minute you start pouring water over the bag, this tea is ready to fight for you. It will lift the fog and fend off the damp with a balance of grace and brute force.

A good English or Irish Breakfast tea should be bold and strong, but not astringent, and Barry’s has it pegged. After 2-3 minutes, this tea brews up to a nice reddish brown and the tea is the perfect vehicle for a bit of milk and sugar. This tea has a lot of Assam, which people tend to love or hate. If you’re looking for an even more robust cuppa, try Barry’s Gold.

This is one of my favorite teas.

This is a very strong Irish breakfast, and very good because of it. It’s very rich and dark in color, and rather unique in flavor as far as IB teas go. As the description states, it is a very robust tea, and I quite enjoy it.