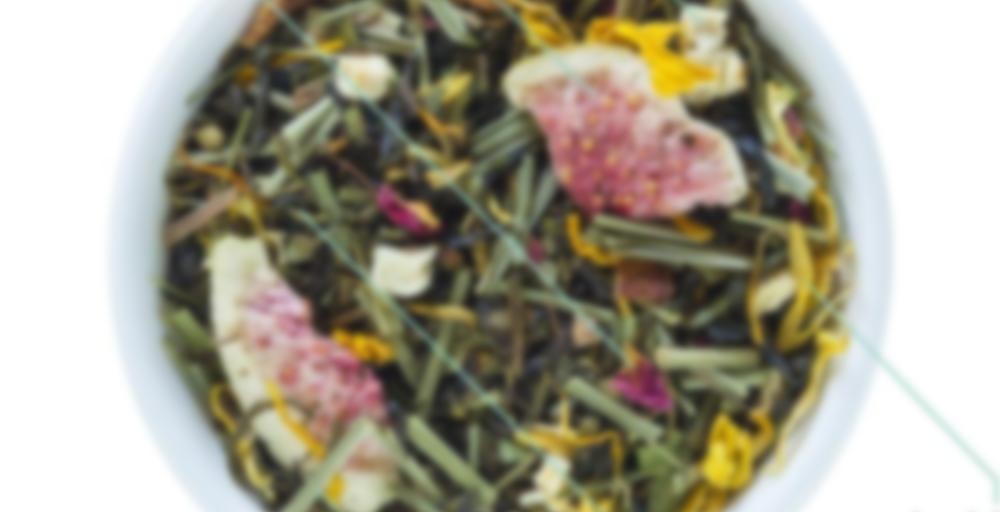 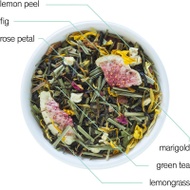 by August Uncommon Tea
77
You

Feels like: a vespa ride along the cote d’azur

I went to what I thought was going to be a chill talent show put on by my law school. Sit in a chair and watch talented people perform. I should have known better because my school is the party school of Canada and everything is about drinking and clubs so it was basically a really loud concert of mediocre singers in a club. That means to talk to anyone you had to scream. My throat was angry about that this morning.

In light of my scratchy throat, I made this tea since green tea is supposed to be helpful and this is the first I noticed. I think used a shitton of honey in here as well. It tastes a bit like bubblegum. Hubba bubba…and citrus. It’s weird. But it is helping my throat so whatever.

I’m not sure the base adds anything here. It isn’t bad, but nothing about it stands out.

I like the lemon/citrus and the creamy/buttery cookie flavour. This would make an excellent longer brew (overnight) with a touch of sweetener and some ice cubes.

I’m not sure if I get fig, certainly not ripe fig. I’ve eaten a lot of fresh figs in my day, and the fig flavour here is a bit weak. I can tell it is fruity and not citrus, but it could have been stronger.

All the points are for the lemon cookie flavouring; jury’s still out on the whole unripe/green fig vibe. I’m meh on the green tea base here (Chinese Sencha blargh). The combined flavouring and tea gives me a marine impression, which I’m not completely loving.

Like Arabeseque, Good Humour’s deliciousness quotient relies on getting those steeping parameters right; too much leaf, temp, etc. leads to a bitter/drowned out cup.

It’s good to see you. We’ve missed you.

I missed you all too!

This tea is uplifting – good humor indeed! I busted this out this afternoon for a nice break before I have to dive back into med school apps, and it did the trick.

I’m getting a mellow citrus, which I like – almost lemon meringue pie rather than straight up lemon flavor. I’m also getting a faint apple taste and an underlying earthy sweetness that I’m contributing to the fig. I’m still getting some grassiness from the green tea peeking through, which I enjoy since that sets this apart from all of the sweet, pastry-flavored tisanes I have lying around.

In concept this one sounded really nice to me, other than the green tea base. I’d have been a lot more thrilled to see the flavour pairing on a black base, but that’s just me.

I actually think I totally understand the idea behind the name of this one though; it’s very light, refreshing, bright and sunny – sort of just like someone with a good sense of humour is? Like, just one of those people who’s presence is just super uplifting and pleasant! So in that sense – I think AU’s more artistic/creative marketing actually reads really well/clearly. I instantly made that connection.

Flavour wise, mostly this is a strong lemon flavour! It’s both bright, sunny and sweet but also oddly creamy? Like, not overtly so but it finishes with the same sort of delicate pastry like creaminess that I get from DAVIDsTEA’s Lemon Pound Cake. It’s also got that distinct lemongrass flavour, too. Pretty tied into that lemon note is a strong apple flavour too; not overly tart but not overly sweet either. Just sort of generic apple? Though in hindsight that creaminess COULD possibly be a ‘buttery apple’ sort of taste and I’m just poorly attributing the buttery flavour to the wrong ingredient?

Anyway, those are the strongest flavour notes – but apart from those, there’s also a bit of a sharp, grassy undertone. I don’t know that the sharpness is inherently from the green tea itself, but maybe just exaggerated by the lemon/lemongrass in general. The top notes are a bit more fig-like, and I think the fig also just adds to the overall pastry flavour too. The finish is more rosey, with some other general floral vibes to it.

I honestly think this tea could grow on me/might be more of an acquired taste sort of thing but as is I’d say it’s maybe just slightly above average for me? Like, good for a green tea and just kind of alright for a tea in general.