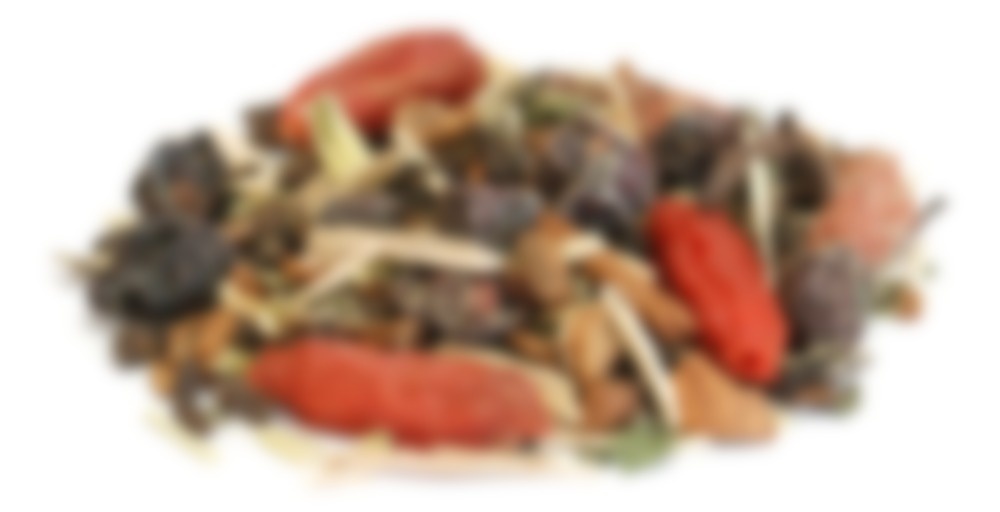 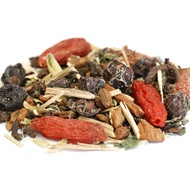 Whether it’s running a zombie marathon, climbing Mount Olympus or getting through your morning CrossFit class, our Endurance Blend will give you the staying power you need to keep you going when you need it most. Using adaptogen herbs traditionally used for increasing stamina, this stimulative blend was developed to condition the body by neutralizing the harmful effects of free radicals, oxygenating the blood, promoting circulation and increasing the body’s overall resilience for a quicker recovery — so you can focus on the more important things — like grooming your perfect handlebar mustache.

Well My sister cold-steeped this and since it was the only cold thing in the fridge I decided t have it tonight even though I had meant to try this before a run on the first time. This brew certainly invigorating- spicy cinnamon, sweet berries, and a refreshing herbal taste all combine to awake the senses. I’ll definitely have this again.

This was actually pretty good. I often want tea before I go running but don’t want anything too rich or heavy, but I don’t love fruity teas. This tea walks the line well. I’ll reorder this next time I need something from art of tea.

Did it give you a boost while running? I’m always looking for good ways to fuel my runs since I tend to run in the evening.

I understand that this is supposed to be a primarily herbal restorative blend, but there’s simply no chance I’ll drink it long enough to see the effects. It smells strongly of potpourri with faint fruit notes and a bit of cinnamon…not that any of that comes through in the flavor.

It tastes…watery. Thin, with no real oomph behind it. No flavors I can pick out with any kind of consistency other than a dusty sweet-fruit note that’s rather unpalatable. It doesn’t make me loathe it, but there’s nothing to make me want to drink it so I’m going to feed it to the sink.

The infusion is much lighter in flavor than you’d expect from the overwhelming fragrance of the blend- which is bold, and an in-your-face- as you open the package of full bodied fruity and herbal goodness… it smells amazing! The flavor is very delicate, the wet leaves smell like a swampy-pu’erh with cinnamon. Light earthiness in the final brew, with flat tasting cinnamon (meaning that it isn’t warming like cinnamon sometimes is, nor does it have a ‘bite’ to it), with goji, and mild plum flavor.

I dig it, though it isn’t the sort of tea I would usually choose.

I bought the Iced Tea Pouches version of this tea and follow the directions for cold brew. I drink a couple glasses a day when I have it on hand especially if I’m feeling sluggish. I enjoy the herbal, somewhat Ayurvedic taste to this tea. I do taste the cinnamon. There is some berry. It feels clean, crisp and nourishing. I feel better after I drink this tea. A little more balanced with more fortitude.