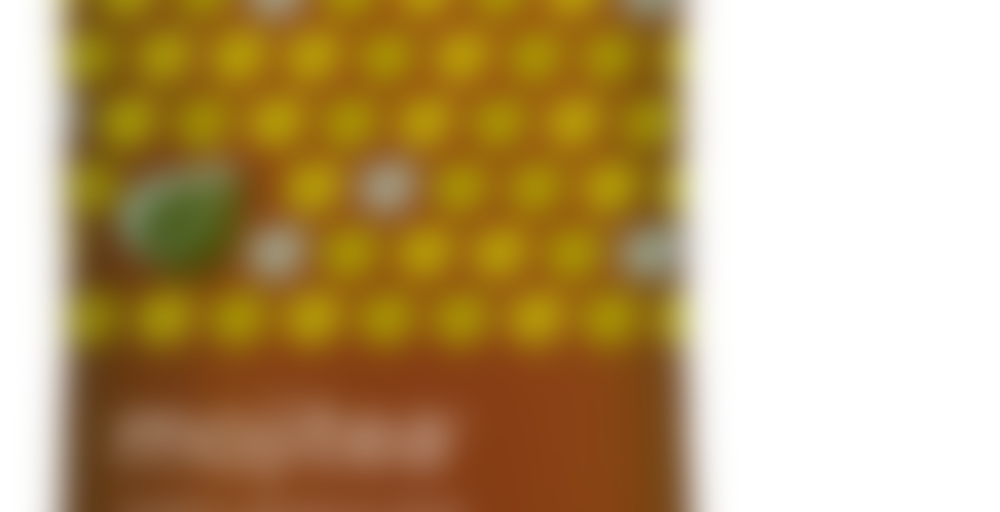 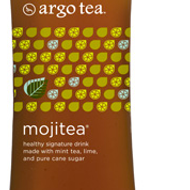 Refresh with this complex and addictive fusion of cool mint tea and piquant lime.

Our version of the classic cocktail with a similar name is freshly brewed from Armenian mint tea blended with all natural lime and pure cane sugar.

I found this at my local supermarket and decided to give it a try. I wish I had examined the bottle a little more closely because I probably would have chosen a different tea had I realized it was a peppermint herbal tisane. But, aside from that, this is a pretty decent ready to drink. A bit sweet, and I would have liked it better I think if it were not as sweet, but it isn’t as sweet as some other ready to drink teas I’ve tried. I will keep my eye out for some of Argo’s other RTD to see if I like them better.

It tastes so much better if you dilute it with some sparkling water or club soda but of course that means not drinking it from the awesome bottle.

Yes… and that is why I purchased it to begin with… I liked the bottle! LOL Silly, I know, but I’m a sucker for cool packaging.

lol that’s exactly why I bought it too! I got that one and the Carolina honey, now I use them for taking iced tea on the go.

they are awesome bottles. Peel off the label and they are great to reuse! I’ve put both the bottles and lids in the dishwasher numerous times and they do fine.

I saw this at the grocery store and thought I’d give it a shot, since it was $2 and the glass bottle looked like it could be reused for a drinking glass. (Ah, remember when POM teas used to come in glass bottles that could be used for that purpose?)

I love mojitos, but this tea is one of the nastiest things I have ever tasted. It’s not like a mojito at all! When I first opened the bottle, I thought, “This stuff smells like marinara sauce. WTF?” But I still had hope that it would taste OK.

Not at all. The moment I tasted it I wanted to gag. It’s sickeningly sweet, like there’s waaaaay too much cane sugar in it, but also sour. The mint flavor, which I hoped would dominate, is almost missing – the only hint of it comes from the slightly minty aftertaste, but this too is dulled by the sticky-sweetness. It’s gross!

Sniffing it again, I’m wondering if “marinara sauce” isn’t quite right. It reminds me of something thinner…like the sauce in canned Spaghetti-Os. Either way, NOTHING about this drink makes me think of mojitos!!

I’m not sure if I should “like” this one or not. I usually use “like” to mark that I’ve read the note, but, given how terrible an experience you’ve had with this one, perhaps I will just use this comment as my mark.

Don’t do it! It’s awful.
Also, the bottle doesn’t work as a reusable glass, because it has a hidden, narrow screw top on it. So I’m doubly disappointed.

I have a) had it made at Argo and b) diluted it when I had the bottled version.

At Argo, you can get it made with sparkling water instead of still, which makes it a lot better. When I had the bottled version, I did like a 4 parts of the tea to 1 part of club soda, and it’s a lot more enjoyable that way. It’s not very much like tea, but if you’re lazy and want a mojito you really could just add some rum to this and be set.

Like, this is so gross I feel like the tea is actually spoiled. Expiration date is good but this tastes fermented-y and the sourness from the lime is not helping me feel like it’s drinkable. It’s overly sweet too but I can’t get past the feeling that this tea is OFF.

I’m normally one to be pretty lenient with tea ratings but WOW. There’s no saving this one. Never again.

That’s the worst. I’ve had a few undrinkables too. You always have to wonder a bit what has happened, because teas shouldn’t ever go bad, per se. Stale yes, rancid coconut, yes, but bad?

FACT: I bought this bottled tea today mostly because I wanted the awesome glass bottle that it came in.
ANOTHER FACT: The tea inside the bottle was actually pretty fantastic. Normally, mint tea makes me gag. And bottled tea is much much much too sweet for me. But this one was blended with lime juice and real cane sugar, so it was refreshing and – get this – tasted like real tea. No plastic-y, fake, processed taste. I could have brewed this myself. It wasn’t even that expensive! It turned out to be exactly what I needed on this horridly humid day.

If I’m ever in a pinch and need another quick iced tea fix, I’m going straight for Argo. (Plus, having a collection of these most excellent reusable glass bottles with the screw-tops wouldn’t be a bad thing…)

The lime was too sour in my opinion. It was almost bitter. I loved the minty flavor, but it didn’t seem to go well with the overly sweet and sour flavor. The flavors didn’t really blend well together like a real mojito would. They seemed to be all over the place.

I also think the sourness gave me an upset stomach. :( I did not end up finishing it.

The glass bottle is the best part! I will try other argo teas, but NOT this one again. YUCK.