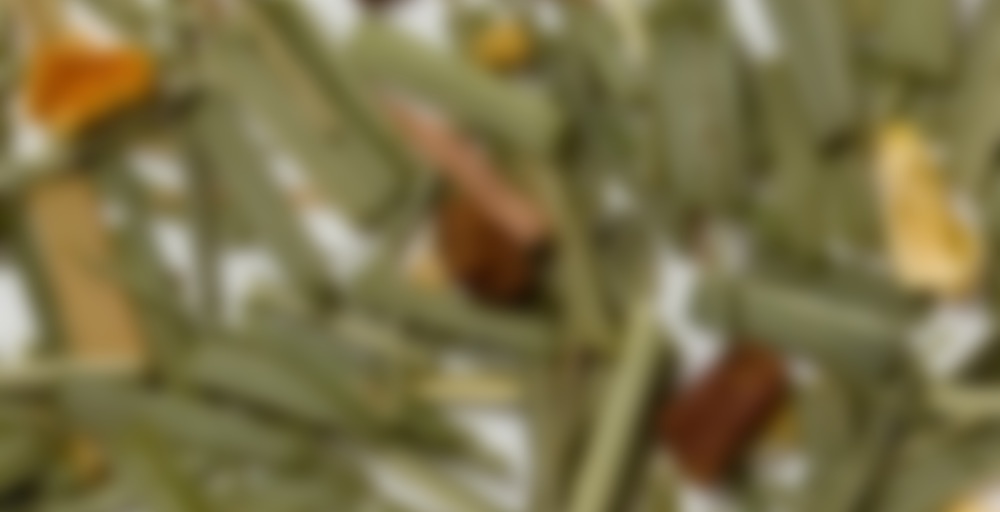 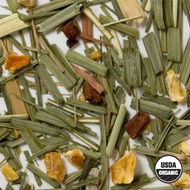 by Arbor Teas
77
You

Warm up with our organic, caffeine-free Orange Spice Herbal Infusion! Lemongrass, orange, cinnamon and ginger combine to create a light green infusion that is pleasantly sweet and citrusy, with a bit of heat. Like all of our flavored blends, this Orange Spice Herbal Infusion uses only the highest quality essential oils and botanical ingredients, insuring an excellent cup every time!

I’m finishing off the rest of my sample today, I am going to order more. yummy yum yum

I was just on Arbor Teas site and saw a recipe for Kombucha. I remember my mom made some ONCE, many years ago, and we hated the taste. I’ll bet I’d like it now. My tastes have changed so much in the last 10-15 years.

What does…..the tisane or the kombucha??

The tusane sounds tasty. :) I’m not a fan if kombucha. Too fizzy and funky.

Okay, I’m still sick so technically, I probably shouldn’t be trying new teas until my taste buds decide to fully rejoin the party. But c’mon! This one has got to encourage that along, right? I mean, ginger is good for your sinuses and lemongrass just screams healthful to me. Plus, it’s got orange and I’m a sucker for anything orange flavored. Besides, all that spice and citrus has to help my head and chest, yes? Yes.

The dry mix smells surprising – very earthy with a nice splash of sweet orange. I’m thinking mulled cider if cider came in orange flavor. He husband mentioned orange cloves. And I can see that because the more I sniff, the more I end up thinking cozy-by-the-fireplace thoughts. I really was expecting something more summer-day-in-the-sun but that’s really because I got stuck on the “orange and lemongrass” side of things and not the “cinnamon and ginger”.

When my little tea timer went off and I wandered into the kitchen to pour, the whole kitchen smelled sweetly of cinnamon. Nice! Sticking my nose in the cup, I get a very orange-ginger smell. It’s a little sweeter because of the lemongrass and cinnamon, but this smells very similar to my oh-so-adored Samovar Orange Ginger (and thus to a lesser extent, Rishi’s Tangerine Ginger which is just not cool but has a similar-ish taste profile).

My first sip, though, makes me change that assessment. Yes, I can still see similarities, but the cinnamon in this one really changes up the game and puts this in a distinct class. For me, this is officially a cinnamon tea. Cinnamon teas are hard for me because images of Red Hots (or Hot Damn – ah, college!) float through my mind with each sip and I just don’t enjoy that. But while this isn’t quite the cinnamon flavor I’d put on my toast in the morning, this registers just shy of the Red Hot comparison. Lemongrass seems to pick up next, adding a kind of clean lightness to the flavor (which honestly probably keeps the cinnamon from becoming too heavy). The ginger adds a nice warmth to it and I think the orange comes in at the bottom of the taste as a sweetness that couples with the lemongrass. There’s a nice depth to the flavor here that makes this very easy to sip. Uhm, where did the rest of my cup go? No really. Did I drink it that quickly?

ETA: Oooh. Second steep (7:00) is like the cuddly-warm lemongrass steep. Lemongrass with a cinnamon undernote and then a warm tingle of ginger with a splash of sweet orange. Tasty!
2tsp (=2.5g)/8oz

I remember my grandma helping me make potpourri thingies by sticking cloves into an orange and then dusting it with … something powdery; maybe alum or corn starch? That’s what your description made me think of.

Aw, yay memories! I wouldn’t be surprised if the taste made you think of that, too, just because it gave me a very Christmas-warm-by-the-fire vibe.

I picked up on a few different scents from the dry leaves: cardamom first, followed by a cooling sensation similar to that of mint, and finally a slight orange note. Once brewed, it reminded me of a chamomile or light green tea both in perfume and in flavor. I wasn’t able to taste any of the spices in the tea while drinking, but my taste buds have been a bit off since I’ve been sick so that might be it. Overall, this was a nice and simple cup for a calm, relaxing morning.