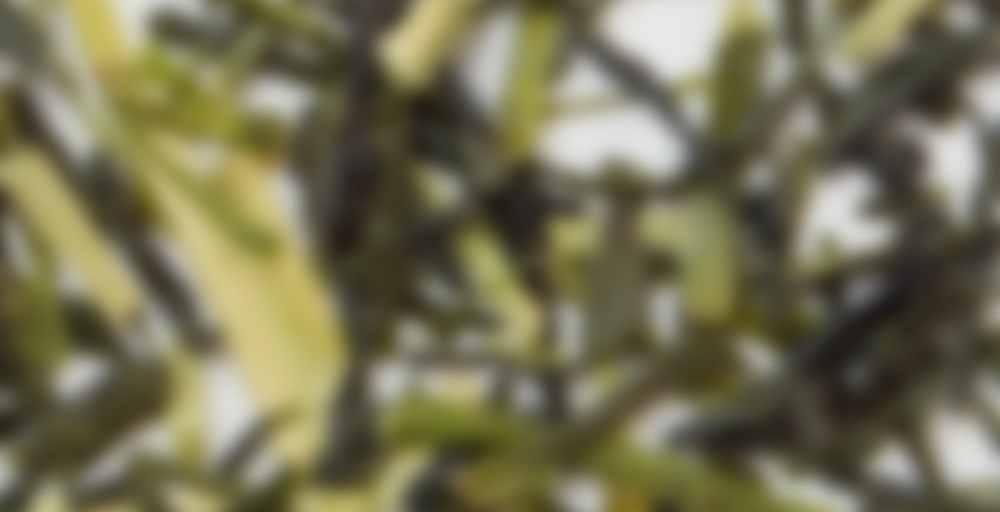 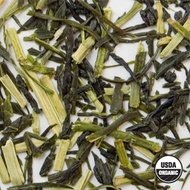 by Arbor Teas
78
You

Our organic Kukicha (pronounced KU-key-cha) is a distinctive-looking Japanese green tea that consists of tea leaves mixed with the young stems of the tea plant. For this reason, it is also known as “twig tea.” The resulting mixture consists of fairly uniform yellow to medium-green fragments, which yield a pale yellow-green infusion with a sweet aroma. It has an extraordinarily fresh taste with moderate bitterness, and is not as vegetative as our other Japanese green teas.

Backlog:
I don’t know what it is, but ever since summer break started for me, I feel like there is less time in the day than before, and I don’t even have homework to do! I can rarely brew tea and actually sit down with it. I am up and down doing house chores or tending the dogs and cats or running errands. I think chores are inventing themselves now that I have time for them.

I brewed a cup of this yummy kukicha, determined to force a proper break on myself. My husband watched Top Gear during his lunch break and I left the television on after he left and I went to the grocery store. When I came back, I brewed this tea and sat down on the couch, planning to change the channel at first. But I was curious about what was already on. It was Dr. Who!

I commented somewhere recently (somewhere on Shmiracles log I think) that I am not a Dr. Who fan as it seems so many steepsterites are. There was some strange show on the TV a few years ago and after watching it for 5 or 10 minutes, I asked my husband what it was and he said that it was Dr. Who. He also said that he wasn’t a big fan of the series (I think he refers to the older/original shows that his mother liked to watch). I don’t know exactly what episode was playing, but I think it might have been part of the 1996 movie. Whatever it was seemed creepy weird in an x-files sort of way (and I am not a fan of that type of sci fi). Since my husband didn’t have a a gloating recommendation for it, I never considered watching any more and wrote it off as an “other people” show.

Thanks to leaving the TV on after my husbands guy-tv lunch break, I discovered that I might actually enjoy Dr. Who. I added the 2005+ series to my Netflix cue and had time to watch half of the first episode before my break had to be cut short for more chores. Stupid chores! and stupid OCD that wont let me leave them be!

But lovely tea. I will always remember Kukicha now as my Dr. Who tea (^^) and now I wonder if I should watch some of the older shows too…

Hahaha, I love associations like that! I have a couple… although they aren’t coming to mind at the moment.

And just so fitting that I should associate a Japanese tea with a British program :p

twig tea! i definitely get it!
and not super grassy for that reason. but still very greeney fresh.
i’ll try to make sure my sister drinks the rest with me. i think it will help give her an appreciation of more greens.
thanks very much Shelley_Lorraine!

This tastes like a very, very mild sencha to me. It’s savory but only faintly vegetal, and the mouthfeel is nice and buttery. I’m really enjoying my cup, and I could definitely see myself keeping some of this around – I’m not always in the mood for very vegetal or seaweed-y greens, but this strikes me as something I could enjoy more or less anytime. Thanks for the sample, Shelley_Lorraine!

Brewed at 80C for 1:00. Used more tea than I normally would. The result is a light green/golden infusion. It has that familiar buttery smell of a good kukicha. The taste is a light buttery one with a savory base, surrounded by hints of vegetal notes and very mild astringency. In my very last sip I taste something almost floral about this kukicha – very unexpected but wonderful!

I recommend paying close attention to how you brew this tea – steeping too long, too hot, or with too much tea can result in an overly astringent brew (that’s just the nature of kukicha teas in general). But when done right, its a lovely light green tea.

This was a sipdown from yesterday, but I thought I’d write a proper review of it now that I remembered to look on the empty bag and find which company it was from.

I’m a very big kukicha fan (and houjicha too) because I love the sweet, woody, toasted grain flavour. This wasn’t a great kukicha as a few of the cups were bitter. It was about 50/50 on the bitter vs not bitter over the 6 or so cups I made. I still enjoyed it, but do remember this needs a higher steep temperature. Steeping at lower temps (80-90 C) will get you weak flavoured tea or tea with flavour that is bitter. Go with more leaf, hot water, and a moderate steep time for the best flavour.

I love houjicha! I have never tried kukicha, does it have a similar flavor profile to houjicha? I am going to have to try some sometime!

I’m the opposite as I’ve only tried Kukicha and loved it.

This kukicha was the stems mixed with sencha, but most kukicha I have tried (and enjoyed the most) were stems only. Houjicha is the roasted leaves and kukicha is the roasted stems. They share a lot of the same flavours. Kukicha is lower in caffeine because the stems contain almost no caffeine (plants make caffeine in leaves to discourage insects and herbivores, but few insects eat the tougher stem tissue.)

Houjicha is definitely one of my favorite teas, I have a friend who introduced me to it who is a big fan and neither of us have tried kukicha. Seems like we are going to have to change that at some point! Sounds like a good fit! I’m very intrigued.

I must have made this way too concentrated because the first taste was horribly bitter and grassy! Watering it down helps a lot! Much smoother now. Half way through the sip I get a wheatgrass type taste that holds on into the after taste. I get that same mouth sensation that I do when I take a shot of wheatgrass juice. Almost a slight puckering. The first part of the sip is different and a little more mellow, but I don’t know how to describe it. Interesting tea, but not one I need to seek out.