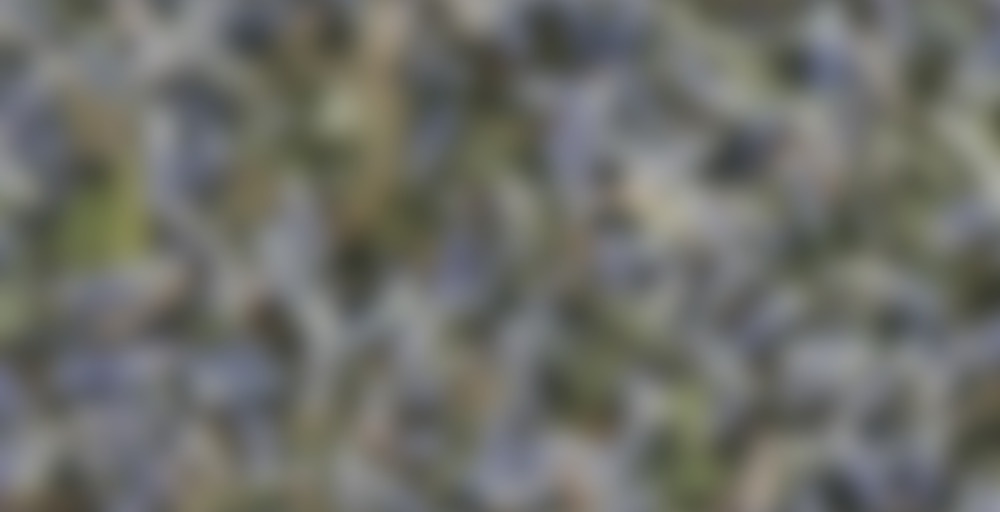 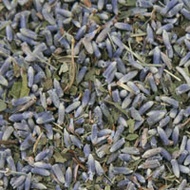 by American Tea Room
72
You

Of all our tisanes, Provence is the most profoundly soothing. It’s an organic fragrant blend of violet lavender buds, mellow lemon verbena (“verveine”), sweet lemon balm, herbaceous lemongrass, and tingly peppermint that we at American Tea Room think of as “aromatherapy in a glass.” The crisp, clear, coppery infusion has clean aromas of flowers and fresh mint, and an intensely floral taste with herbaceous, citrus and mint undertones. The aftertaste is at first minty, floral and tingly. As the aftertaste lingers, these flavors give way to a smooth, citrusy sweetness. Find peace and tranquility with each sip of this grounding brew.

I’m assuming I got this as a sample from American Tea Room, because I have yet to order a tea with lavender in it. To me, lavender is something I inhale to enjoy. In a tea? Well… okay, I’ll try it. Had an surprising amount of lavender in it, and it smells strongly of potpourri out of the bag. Also, one sample bag = one liter of tea, or four cups.

Steeped, this smells of lavender mint – again, a bit concerning for me. Lots of tiny floaties as well. First sips tasted like little to me, so maybe they’re too hot still. The taste left in my mouth is… fuzzy. Burning. Flowery. Odd. It tastes like potpourri to me. I’m… going to dump this and try something else. Wanted to like it, be adventurous. I think I’ll just go with something I know I’ll love.

I feel like a single lavender flower can kill any good cup of tea :(

I just looked at the picture. When they say lavender, they aren’t kidding, are they?

I agree wholeheartedly with you both. It’s probably lovely as a potpourri.

Oh man, that is a lot of lavender! Crazy

I rather enjoyed this blend. I am somewhat afraid of certain blends that contain lavender as they sometimes remind me of drinking laundry detergent. This one, however, in no way had that quality. I found this to have a nice mix of lavender and mint with a mellow lemon backdrop. The mint tasted more like spearmint that peppermint to me. This blend was very relaxing and an excellent aromatherapy option.

We browsed our favorite health food store last night and discovered they have dried lavender by the ounce. I was tempted to try some, but not sure what to do with it. This gives me an idea … just a pinch in something lemony.

This infuses to a very distinct Grey-ish yet brighter green. It’s very different than anything I have ever seen in other herbals. The aroma reminds me of a Lavender Lip Balm I once had. I would agree with the product description in saying it’s like Aromatherapy in a cup! The Lemon Balm and Lavender overpower the other ingredients on taste. The Peppermint isn’t overly noticeable. This is an ‘ok’ cup!

A very strong aromatherapeutic blend. However, I feel that the lavender tends to get lost amongst the strong spearmint flavor, somewhat disappointing.

Holy barometric-pressure-just-suddenly-changed Batman! Anyone else a walking barometric themometer because of their health? I was doing fine all day, and then suddenly my head went BAM! I feel the shift as quick as the snap of fingers. (Stupid chronic migraine…)

Took something, now I just want soothing tea, especially as I know the GI stuff will follow later. I forgot about this one, but I’ve been trying to actually go through (albeit a bit out of order) some of the September Sipdown prompts (thanks for sending me the list, VariaTea!) I bought this one when American Tea Room had their “going out of business” sale… like everything I own, it’s old because I’m a bad Tea Mom. But that checks off the “discontinued tea” box, and it actually sounded like something I really wanted with my head going pffffffffffft on me: lemony herbs, lavender, and mint. (No sipdown though, as ATR only sold ridiculously large bags… now, I would never even place an order with tea shops that only sell bags that big. Ah well, every cup helps…)

I love lavender teas but usually steep them shorter than I would other herbals as I find lavender goes bitter quickly, so I only dunked this one for three minutes and then removed my bag. Smells lovely, though. I smell the lemon and lavender quite strongly from the cup, but not any mint. Herbaceous in flavor, with the lemon more of the grassy/hay-like flavor of lemongrass, though there is a bit of a pleasant citrus tartness that fills out a bit more later in the sip that is left on the tongue. The lavender tastes lovely, it is second to the lemon in the flavor but is a gentle floral note. Any mint in this blend must be quite subdued to the other ingredients because I’m not tasting it at all.

Not my favorite lemon/lavender tea, but a perfectly non-offensive and servicable nighttime herbal.

Edit: I finally caught up my Steepster reading! A year’s worth backlog of 50 users, totalling around 200 or so entry pages… I’ve definitely been at it for more than a month, so this is a big accomplishment! (And now I can get back to my manga backlog, ha!)

I have a weather boob, thanks to breast cancer…

200 pages of reviews? Wow, my hats off to you! I’ve fallen behind myself but this site has been sooo slow lately I can only do 3-4 pages at a time.

From the tea box! I usually really enjoy lavender teas, so I was looking forward to this one. I did a short steep, so I’m probably lacking a bit of flavor, but the primary flavor is a pleasant lavender with a little bit of other herbiness underneath. There’s a tiny bit of bitterness, which sometimes happens with this type of blend. So this is a decent lavender tea, but I have a few others on my shelf that I much prefer.

I steep my lavenders briefly too.

I suppose I didn’t realize just how much lavender was in this blend when I ordered it, but the sample I purchased consisted of about 80% lavender. I do enjoy lavender in my tea, in small doses, but large amounts like this tend to be overpowering. I decided at the last minute to do a short (4 hour) cold-steep in an effort to draw out some of the other flavors—it actually turned out fairly well. The flavor still leaned strongly towards lavender, but I was able to taste the peppermint and lemongrass as well. This was a nice end of the day cup of tea, but not something I’m likely to order again—there is just way too much lavender for my tastes.

I have a facial cleanser that is lavender. One time I bought a pure lavender tea thinking it was going to be amazing, but all I could imagine is drinking the cleanser!

so funny you should say that, I actually picked out some of the lavender to make a lemon lavender sugar scrub so the leftover tea didn’t go to waste.

Upon opening the package, I was pleased by the strong lavender scent. I love the smell of real, fresh lavender. However, I do relate it with potpourri, so I had some misgivings about whether I’d want to drink something so strongly floral. The steeped beverage was very nice – as I inhaled it, the experience seemed more like aromatherapy, as if I shouldn’t actually put it in my mouth. Surprisingly, when I did, the flavor was subtle, gentle, soothing. The lavender was the strongest flavor, but made more complex by subtle mint and lemon accents. Very nice tea. Very unusual in a good way. I wouldn’t choose to drink it nightly because I have American Tea Room’s Lemncello for that. But I would brew this when specifically seeking to have my nerves calmed.