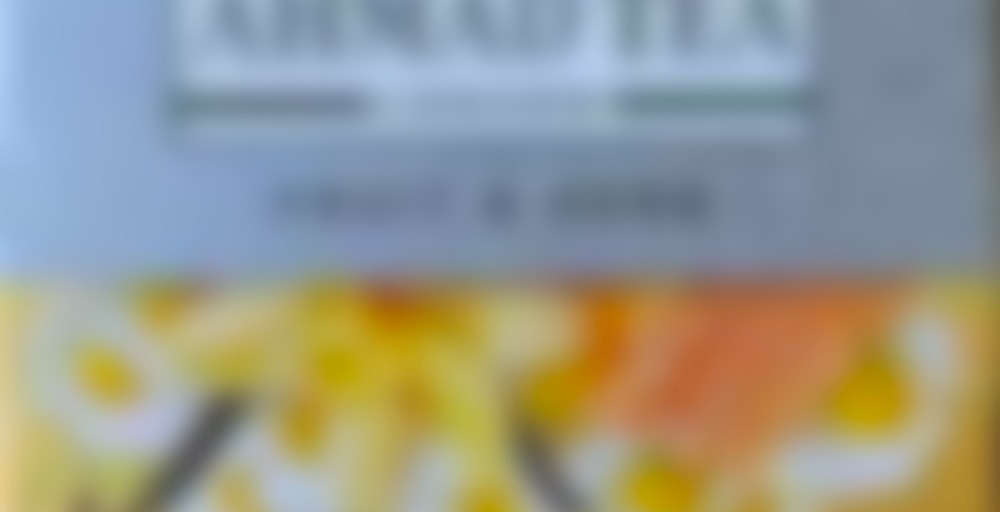 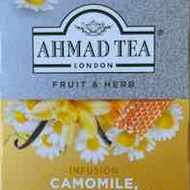 A harmonious blend of soothing camomile expertly crafted with the natural warmth and gentle sweetness of honey and vanilla. This wonderful herbal infusion includes subtle sweet notes, perfect for unwinding in the evening or as a relaxing and sweet treat in the afternoon.

Tonight I’m comparing this and two other Camomile-Honey-Vanilla combo teas. I’ve poured all three cups separately at the same time (quickly, consecutively). I’ve used one teabag per one 10 oz cup apiece, steeping for 5 minutes, the recommended time.
This one, the Ahmad was the lightest in color of the three cups, also the weakest tasting. I hate to say this, since I love various Ahmad teas, but this one is insipid. The perfume of it is lovely and light—but sadly, it doesn’t translate to the cup, at least not with only one teabag.
I can taste the camomile, and maybe a little vanilla, but I’m missing the honey. Quite frankly, I’m disappointed.
I’m also comparing the Twinings and Celestial Seasonings versions. But just looking and sniffing, then tasting, this seems to be the least satisfying of the three.
I shall use this one for mixing with other teas to blend in a mixed pot—it should work well for that, especially if I pair it with something I want toned down.

What they don’t tell you on the box is that the 8% natural flavoring isn’t flavor at all, it is clearly the code word for an analog of MSG. Great unless you have a food sensitivity to it. It made my tongue burn like fire for a couple of hours. The tea tasted like what I imagine licking a metal can would. YUCK! Thanks for cheaping out on ingredients and wasting my money. I won’t buy ANY of their teas ever again!