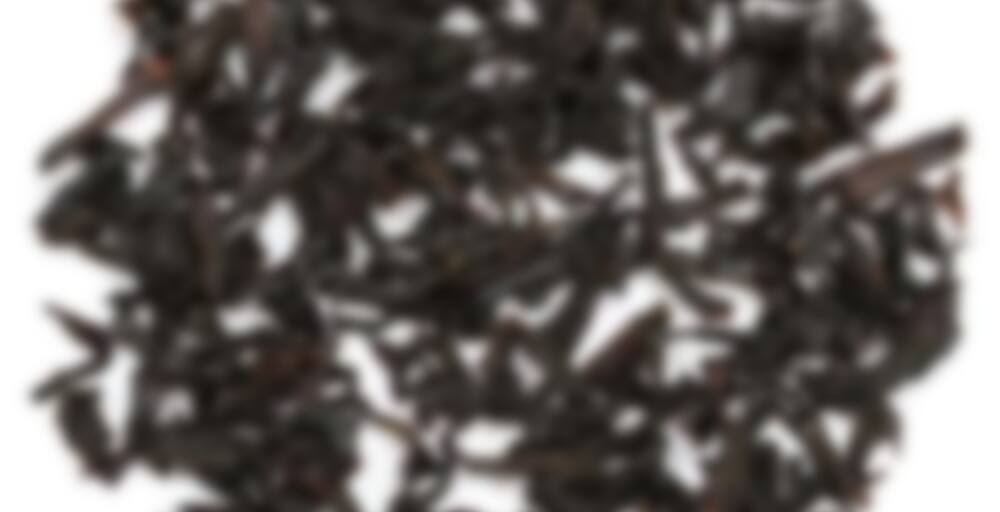 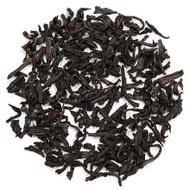 by Adagio Teas
63
You

While the greatest chocolates may come from Switzerland, the best chocolate tea undoubtedly comes from Adagio. And we guarantee that you won’t choose to remain neutral. This decadent treat infuses the flavor of rich chocolate with the bright, full taste of Ceylon black tea. A rich sugar-free treat, delectable both hot and cold.

I backlogging this tea from yesterday. I only had a tiny bit left, so I made my last cup and smiled as another tea was finished from my stash making room for yummier and newer tea!

The leaves are dark and smell sweet more than chocolaty. They reminded me the scent of a chocolate lotion that I was once gifted. You know it is supposed to be chocolate but it doesn’t quite make you believe it is.

Once brewed it is a darker brew that smells sweet with a hint of chocolate. Unsweetened it tastes just meh… A bit astringent with a hint of something flavored that is not quite distinguishable. Sweetened it turns into a chocolaty sweet liquid that is much better than you would have imagined from the scent. It isn’t the sweetest or the most realistic chocolate tea I have tried, but it is a well pulled of chocolate tea. My biggest complaint is that the scent doesn’t really scream out CHOCOLATE! But oh well… Still tasty!

On a quick side note, isn’t it cool that Chocolate is spelled the same in English and in Spanish?

A few years ago I got to visit a plantation of Cacao trees. I got to eat the white pulpy fruit (yellow and red on the outside) that surrounds the chocolate seed (Sweet and delicious though it tastes nothing like chocolate at all). Then we got to see the entire process from tree to chocolate bar. It is amazing how the seeds smell when they are drying and roasting… The entire farm smelled like chocolate! Yummmmm….

Yep… That is one of the cool advantages of living in Ecuador! :)

I am a wee bit jealous!

I got a chocolate chai from Adagio that was kind of the same way – the smell isn’t quite chocolate, and I think it would help if it was, since much of our sense of taste is in smell.

This is a sipdown (73), but only because music27note wound up with most of it.

I don’t particularly care for this. It ranges from mildly artificial to really artificial depending on how I’m feeling that day.

I ended up mixing some of my homemade cocoa mix in because I decided that in the end, I really did want chocolate and this just wasn’t providing it.

As an aside, keeping track of sipdowns makes me realize how much tea in a day I don’t end up logging. I’m okay with that. I try to log each tea at least once, though. I think I’d burn out on Steepster if I reviewed everything every time.

but with a twist!

I’m f-f-f-f-f-freezing! So I wanted a tea with a warming sort of flavour. You know chocolate with chili in it, right?

So I had this chocolate tea and I had this here chili powder and I thought, “hmmmmm…. Self, it’s worth a try.”

I made a small strong pot of chocolate tea and added half a teaspoon of chili, stirred and steeped.

The result was… this very red sort of tea, seriously it’s almost as red as a pu-ehr. It smells like a spicy spaghetti sauce and the flavour has gone really sweet in an unpleasant sort of way, with the hotness of the chili scratching my esophagus all the way down.

It’s not very pleasant and it’s not even warming. It’s not impossible that I used too much chili, but I don’t really feel inclined to experiment further with this.

I’m not going to drink the rest of the pot, but at least I’ve learned something. That in itself is a good thing, right?

Well the Aztecs drank it that way, but then again a people who loved bloody human sacrifices might not be the best thing to compare yourself against. ;)

Maybe something a bit milder like cinnamon would work instead.

I don’t much care for cinnamon in tea, but I’ve had good experiences with adding other things to this, like for example a smidge of mint tisane.
Elsewhere I was also suggested to try it with cayenne instead of chili since a lot of commercial chili powder is actually a spice mix, and sure enough mine was! So I’m guessing there were several factors that made it a bad experience.

I have soooo many ideas for variations on this tea though!

Now you’ve got me eyeing my Chocolate Chip tea from Adagio in a speculative manner. I afraid of wasting it though since it’s only a sample tin and it’s almost gone.

I think if you started off by adding less chilli (say 1/4 tsp) and slowly work your way up in amount it might turn out better tasting. Ginger might be another warming spice you could add instead. If you’ve ever eaten chocolate-covered ginger you’ll know how good they taste together.

Yeah, I think that might be a tad too much. I suggest using cayenne pepper instead. (AND ONLY A TINY SPRINKLE.)

Jillian: I don’t much care for ginger at all, so that’s not really something I’d ever consider.
I’m not sure it would work with Chocolate Chip…? How is it different from just the chocolate variation? I’m sort of thinking of cookies. :p

Tabby: I’ve had lots of people suggest cayenne, so I’ve filed that away for future experiments. If eventually I decide I dare. ;)
I’ve also had suggestions of ground pepper, so I’m currently looking into what sort of teas they use that with. I suspect not every tea would be able to carry pepper very well.

I’ve never tried the plain chocolate one, but from the description the only difference is the absence of tiny, dark-chocolate chips in the tea. The chips melt in the hot water and it makes the tea extra cocao-y, mmmmmm. Actually I think I’ll make myself of a cup right now. :D

As for the ginger, I’m just sugesting what I remember of the ‘warming’ herbs and spices that are used in eastern medicine.

I think the Cayenne chili (pepper) powder (or any hot chili pepper powder) will work. I’ve used it in hot cocoa to make spiced cocoa. I’ve also used ginger powder (and mint extract and vanilla extract). Use very little and work your way up. Since I do not think steeping will make any difference, you should be able to stir it in before drinking and add more as needed. I do not think black pepper would taste good.

Also, dried herbs and seasonings are about three times stronger than fresh. Chili powder, in America at least, tends to always be the stuff you’d season chili with (as your was) and not hot pepper (chili) powder.

I look forward to hearing about your future experiments and I love your avatar.

Backlog: I haven’t had much time to go on steepster, but I have been drinking this tea in the mornings before going to work.

so After trying my sweet potato I left the room and forgot to take the teabag out so i over brewed it.. pored that out and went for something different This tea also Sent from Darby Oh my goodness this is SOOOOO good!!!! Defiantly My chocolate craving tea!!!

the dry notes are slightly chocolatey but kind of that musty artificial chocolate. once steeped it smells like a plain black and I can actually smell the astringency in it? so weird.
I had a couple sips and I cannot finish this, too black, too astringent. cup #2 of the day that is headed down the drain.

I find a lot of chocolate tea’s taste the same, powdery and artificial. They remind me of old fashioned cocoa powder without the milk to smooth out the edges. Such a shame :(

Chocolate Cake and Chocolate Tea…Breakfast of Champions! LOL I over steeped the amount but not the length only because this is the last of the tin I bought. I will be doing resteeeps today

Kind of chocolatey, a little astringent but still smooth enough. I added an extra 30% to the basket for the 2nd cup but that didn’t do much to improve its wateriness. The flavor is pleasant so I can see that it would be a good tea to blend with others but too weak and a little flat-flavored on its own. Trying it with a little almond milk only watered down the flavor, no enhancement. My quest for a satisfying chocolate tea goes on…

This evening I really wanted a bitter tea, something less than a cup of coffee so I decided to have a chocolate tea… I didnt want to go for a sweet chocolate tea, so I was hoping that this wouldnt be as sweet as chocolate is,, gladly this isnt so sweet, Its not as bitter, I was hoping for a bitter rich chocolate taste but it isn’t, I guess Ill have to make do with this tea, I wouldnt drink this again to substitute the coffee.. I need a stronger tea, overall.. its alright, I can drink it.. besides the coffee I need.. its not a chocolate drink that lives up to other choccy teas… Im guessing it would blend with other teas well,,, other than that.. on its own,, id rather not..

This is more of a tasting note out of the archives of my tea journal. I do remember trying this as a stand alone, and it was pleasant with a slight chocolate flavor. It does taste like chocolate and tea at the same time. By adding milk and sweetener, you get a blend of tea with a hint of hot chocolate.

What I really like about this tea is what it will do in blends. I like to blend this one with fruit flavor teas like Orange, Raspberry, or Strawberry. The general ratio I use is about 1 part Chocolate Tea to about 3 parts fruit flavored tea. As a stand alone, around 70, in blends as mentioned previously, high 80s. I know Adagio offers the option to make your own blends, but I go the more cost effective route and blend my own, as I am sure to drink all of the tea eventually! The Raspberry Chocolate is outstanding.