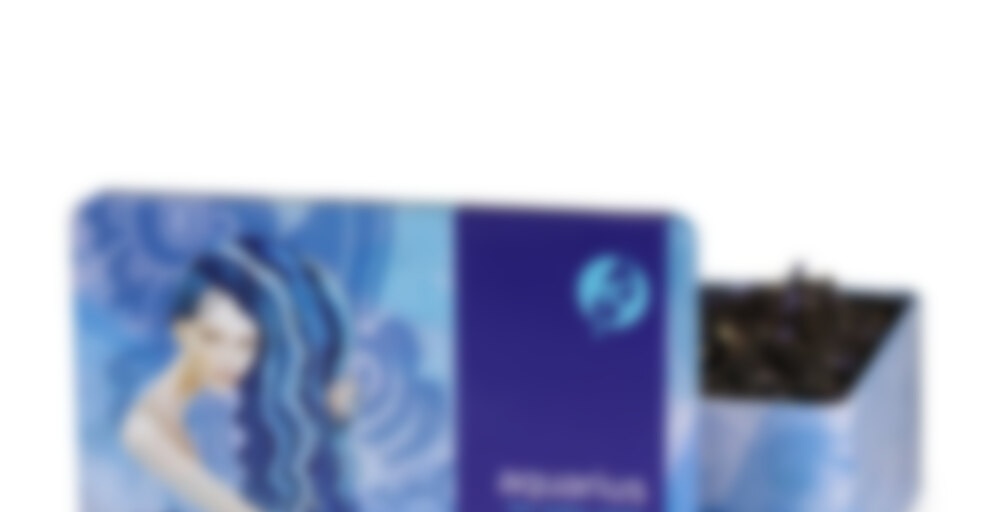 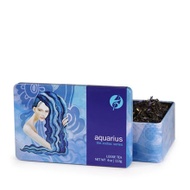 by Adagio Teas
75
You

Aquarius people love to make others laugh and cheer them up. It makes them feel good. Why not do that while sharing a cup of tea! A blend of Vanilla Oolong and Hazelnut and Irish Breakfast.

While I was sick I received my Adagio order, which included this & a few other teas I was really excited about (and that’s saying alot, because most of the time I’m not that into flavored teas). So, of course, this was my other bath tub tea. The tea base itself is just ok, but I love the additions of Hazelnut & Vanilla, & being an Aquarius (Jan 27th), I had to give it a try! It is a tasty tea, different from anything else I have in my cupboard, & destined to be enjoyed again & again. Now I have a gig to go play at the Peabody Opera House (no, I’m not playing in an opera, although I used to play with an opera theater a very long time ago, & I loved that job!).

A perfect fall morning tea. The strong, warming flavor of hazelnut is nice wake-up for a windy day like today.

Yeah, I finished off the last of it this morning. I really enjoy it, but not quite enough to place another Adagio order, as I’ve often been disappointed with many of their teas.

this tea smells really nice dry! a blend of floral and malty and nutty. i’m guessing the floral note is the vanilla oolong. as it cools the mellow vanilla note becomes a tad bolder. what an intriguing cup! i love adagio blends they are so fun!!

you can thank Shadowfall for the following crazy person rant! cuz she gave me this fun tea to try!

honestly, if you haven’t seen the film Hair by director Milos Forman, you should. he did One Flew Over the Cuckoo’s Nest and Amadeus for heavens sake. also, i was a dancer and NEVER liked Twyla Tharp’s choreography, that is UNTIL i saw it in Hair. and the it all made sense. you don’t have to like musicals to like this movie. i swear.
http://www.youtube.com/watch?v=N9oq_IskRIg

let me list some famous Aquarius men for your entertainment and artspiration.
Tom Hiddleston i watch in Wallander. sure sure he’s Loki, but he is Magnus Martinsson first for me.
Simon Pegg is a brilliant man and one of the only celebs i follow on twitter. you MAY wanna look up the new The World’s End movie trailer that was just released. it’s gonna be so much fun. (and can’t wait to read the slash fic.)
David Lynch is awesome duh.
Seth Green is awesome duh.
Justin Hartley is only ever gonna be Smallville’s Green Arrow. but i love Green Arrow in every genre. cuz he is a rule breaker. and totally anti-authority. and loves spicy chili. and they quickly made it a point to have Justin take his shirt off in EVERY SINGLE EPISODE. quite frankly i’m shocked there isn’t a fandom youtube edit of them all.
James Spader is brilliant in so many things, cuz i was a teenager in the late 80’s, but he rose to the top in the movie Secretary. i only own 4 actual DVDs and this is one of them.
Henry Rollins, the person i’ve seen play or perform live more times than anyone else. the second time i went to see live music i was 15 and at the first Lolapalooza. the opening band was The Rollins Band. i can still sing every word to every song on Weight. don’t EVEN get me started on Black Flag. i always own two copies of Get In The Van, so i can give one copy away when the mood strikes me.
François Truffaut. start with The 400 Blows. it’s a movie that every other great film maker loves.
and lastly, Phil Collins is also an Aquarius. this song is one of my karaoke songs forever.
Genesis – Misunderstanding
http://www.youtube.com/watch?v=bmFRvpwVSwo

PS i just got the david’s tea email about the t-shirt. i don’t wanna buy it, but i have to. i seriously have to.

I told my husband that DavidsTea had new “tea”-shirts, haha!! They’re cute!

Omg I just looked them up. Cute.

Um, you forgot to add me to your list of Aquarius Men…Im soon to be famous!!

Sipdown! (219) I like this tea in concept. Hazelnut + vanilla instead of the usual chocolate hazelnut? Yes! In this particular tea, it’s either the hazelnut or the base that make me want for something more. Still though, not a terrible cup of tea and this one was less sneezy than the other one lol. now that i’m thinking about it, i don’t love adagio’s hazelnut so that might be what it is about this one. I did enjoy trying another adagio cup though :) thanks terri!

Steepster is being a butt tonight. It ate this review twice before posting it. And it keeps giving me the kettle page when I click anything. _

So I grabbed this to make tonight ‘cause I just felt like making it. It smells just like what I’ve been craving the last day or so and I made a big double cup to sit with me while I go play some Diablo 3.
Unfortunately the taste was not what I was hoping or remembering. It tasted very watered down, and the few mouthfuls I had left my mouth feeling funky. I think next time I make this I’ll try two tsp per cup, or 1 + 1/2. I can’t remember what I used last time and I seem to have misplaced the little notebook that I kept all my earlier tea notations. /frowns/ It’s here….somewhere. >>
Totally unsatisfying tonight and completely killed my urge for tea at all. /sigh/

Yum, the tea smells like one of those vanilla nut lattés that they used to serve at Starbucks before they got all cheap and crappy. With teas that are a mix of more than one kind (in this case black tea and oolong) it’s hard to determine what the steeping parameters should be (Adagio’s are always vague at best) so to be on the safe side I went with what I’d usually do for the lighter tea (it’s a dark oolong so about 90°C).

The flavour is nice and quite bold with the hazelnut being especially noticeable. The oolong gives it a bit of sweetness as the tea cools and the vanilla smooths out some of the harsher notes from the Irish Breakfast, so it all works together pretty well.

When I finally get around to placing another Adagio order, I have to restock this one. It is a tasty treat :)

I haven’t actually bought anything from Adagio in ages – their international shipping rates are ridic expensive (we’re talking $30 min in shipping alone).

Geez! That is ridiculous!

This was good, I was very glad to get the chance to try this Zodiac blend. The dried leaves look like a black tea and smell like vanilla and hazelnut. This is going to be a very fragrant black tea. I brewed for 4 minutes, hot with no sugar. The brewed tea aroma smells like a breakfast black, almost a faint flavored-coffee scent with the vanilla. The taste is breakfast blend tea with a hint of vanilla. It was very good. Tried with a little bit of sugar, it made it slightly sweeter.

I was so excited when my latest order from Adagio came and they had thrown in this as a free sample, since my first tin of this was starting to run out. This is an old favorite, but my cup today tasted bitter. The smell is divine, though.

Took the last of this tea with a bit of my Formosa Nut Oolong tea and it was fabulous. I’ve got to order more ASAP, it’s a strong blend, but it’s nice and versatile. I bet it’d take fruit flavors well, too.

It smells good, if you like hazelnut. The predominant scent is hazelnut but you can smell vanilla as well. I just tried my free sample from Adagio, and I’m not very impressed with this one. It is a tad bit bland.

However, it was my first try, and I might be biased since I just realized that I am not a huge fan of hazelnut flavor (except with chocolate). I will give it another try, and also try it with milk.

you would like Florence by Harney&Sons then -it’s chocolate and hazlenut.

Oh yeah, that sounds good… on my shopping list, haha.