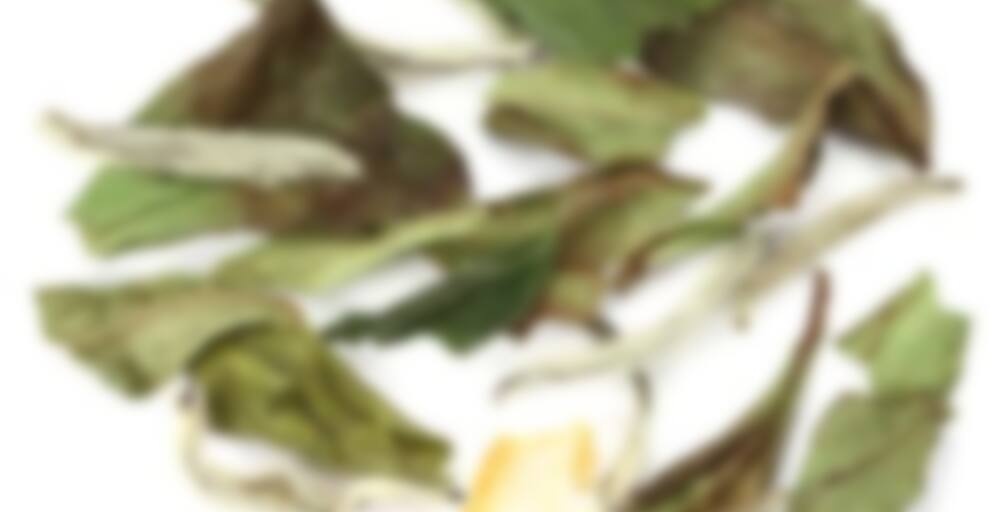 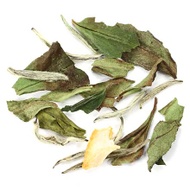 by Adagio Teas
73
You

Tangy grapefruit is paired with delicate white tea from China to create a wonderfully sour-sweet tasting cup of tea. Enjoy any time during the day, hot or iced!

Sipdown no. 44 for the year 2014. This concludes all the Adagio white tea samplers, unless I find the Jasmine Silver Needle that has either (1) mysteriously disappeared or, (2) been sipped down over the last couple of years without me remembering.

I made sure to measure by weight this time. I also went for a shorter steep time, but not as short as the Breville thinks white teas should have (2:30) because I’m not convinced from what I’ve read that’s the ideal time. I went for 4:30 because the highest rating this tea got on Steepster indicated a 5 minute steep time.

This turned out to work pretty well. The grapefruit tastes much better to me than the other flavored whites. Part of this is the way the flavoring works together with the tea base instead of seemingly at odds with it as some of the other flavored whites seemed to do. Something about the grapefruit flavoring cuts through the plantiness and reduces it to just a hint so the impression is a sweeter tea over all. The grapefruit is definitely apparent, unlike the tangerine in the white tangerine or the pear in the white pear, but it isn’t overwhelming and cloying like the coconut in the White Tropics.

This is definitely my favorite of all the Adagio white flavored teas I tried, and I actually prefer it to the plain whites, too.

Bumping the rating. It earns a place on the shopping list.

I don’t see grapefruit a lot in teas, interesting!

i LOVE grapefruit and grapefruit juice… can’t imagine how it will translate in tea! does it have a nice tartness to it when steeped? would you say it has a ‘juicy’ quality to it (at this point)?

It’s a little too subtle for me to consider it juicy. It was very evident though. Tartness… hmmm. Not in a mouth puckering sense, and there’s a bit of sweetness to it but it isn’t overly sweet.

Bayswater in Vancouver has a nice Grapefruit Earl Grey that works quite nicely, and I just tried a cherry graprefruit green from RiverTea that was good as well!

Yeah, it’s an interesting flavor for a tea and I’m always surprised at how well it usually works. I have a few other grapefruit teas as well.

This is nice and delicate. You can definitely taste the white tea, but there’s also a hint of orange in addition to the grapefruit. Yes, it doesn’t taste exactly like grapefruit, but whatever it does taste like is very pleasant with a pinch of sweetener added.

I love my new Jumbo Cup and Saucer from Adagio, so I can’t resist showing it off (with some White Grapefruit inside, of course):

Gorgeous! Almost white wine colored! How long did you steep it for? I like it ~3min ish.

I think I steeped it for just around 2 minutes, maybe slightly longer. I loved the way it looked in my mug, I just couldn’t resist taking a picture : )

I’ve had this Adagio sample since forever, and I don’t think that I’ve ever tried it. It’s definitely not what I expected in the flavor. The dry leaves are large and pretty, and have a tangy citrus aroma. The tea smells of soft and sweet citrus. The flavor is of tangy grapefruit and sweet orange. There is almost a creaminess to the aftertaste with a hint of zesty citrus. This definitely is not a pure grapefruit flavor, there is more sweetness than tartness in the cup. It’s also a very delicately flavored cup, as none of the flavors stand out very much. If the flavor were a little stronger then I would rate this tea higher, but it’s still not a tea that I would drink very often.

It’s getting later in the day and my Adagio order just arrived. I plucked this one from the bunch and set it up in the Breville. It smells quite a bit like citrus when dry. 175/3 min. Now, it’s not so citrusy smelling, however, it’s still pleasant. The taste is very light. It’s not overwhelming and there is definitely a citrus aspect to this tea. The white tea has taken on a vegetal taste, which, with the grapefruit flavoring, isn’t my ideal cup of tea.

I had similar issues when brewing this one – it ends up heavy veggie with a lack of citrus.

I figured it out as I was washing the pot. It tastes like veggies with orange flavoring, like in cough syrup. The scent isn’t horrid, though.

I liked this tea more than I thought I would. I received it as part of a sampler, and it’s grapefruit is enough to know it’s there, but not enough to be overpowering. More, please!

I regard Adagio as my new ‘go to’ store as a newbie – they have never upsold me and their teas have all been very drinkable – this was no exception.

A very smooth tea, with no bitter aftertaste, almost to the extent that I was thinking it would have been a little bland were it not for the citrus taste to it. It is very fragrant, I was worried it would taste a little bit like ‘lemsip’ (UK based cold and flu sufferers will get the reference), but actually I was getting more orange than grapefruit in the brew – I believe there is orange peel on the label.

Very nice clean aftertaste, my breath even felt fresh – none of that vile coffee breath.

3 good steeps from the leaves. This is the most I have ever done, and I didn’t notice any diminution in taste or aroma.

In conclusion, would buy again! A palpable hit!

Had this over at my aunt’s today. Kinda funny, we got talking about colds and teas and I had no clue before today that she even drank tea, much less loose. She got this our local tea shop, not directly from Adagio. She made this for me so I can’t tell you the perameters. All I can tell you is that I told her to steep it for 3 min instead of 7. Very good, fruity and yet you can definitely tell it’s a white tea. I can’t stand grapfruit juice because it’s way too tart, but it’s nice to drink a tea where you can actually taste the flavor w/o being turned off.

Nice review grapefruit can be nice if its subtle. have you been enjoying the chocolate rose romance I sent?

I’m tired of writing tonight, but this is the last tea on my list for the day so…

- It was grapefruit, leaning “pink grapefruit” over bitter/pithy
- Fresh and sweet, but coupled with refreshing and cucumber skin tasting white tea
- Better than Pisces
- Which I also had this week as a cold brew & is an Adagio blend w/ grapefruit too…

I finally finished off the big bag of Cherry Blossom Green Tea making iced tea, and since flavored whites is another type of tea I tend to prefer iced, I’m going to try to work through all the ones I got from Meowster’s cupboard clearout a couple summer’s ago (thanks Meowster!). This pouch only had a single serving in it though (which isn’t really enough for me to go to the trouble of icing) so I just made a single warm cup to sip on tonight. I normally have a strict “only herbals after 6 pm” rule, so I’m hoping the white tea doesn’t buzz me too much. I know there are some claims it has “less caffeine” than other teas but I’m not one that believes that stuff too much, hense why I avoid all camelia sinensis in the evening…

I’ll be the first to admit that grapefruit is not a flavor a really enjoy… but it isn’t like bananas where I have such a strong aversion that I can’t stand being in a room with one either, and depending on how it is prepared and other flavor pairings, I can tolerate them to varying degrees. This one is actually not too bad to me… there is a little of that citrus bite but it doesn’t have that overwhelming grapefuit sourness that I dislike about the fruit. It is certainly “grapefruit” flavor, but I am tasting subtle notes of lemon and lime which may be why I’m handling this better than most grapefruit-flavored things. If it were any stronger than this, I’d probably really dislike it. The white tea itself is coming off fairly subtle, but I’m getting a light autumn leaf flavor in the background.

Not something I’d ever purchase for myself (again, grapefruit isn’t really my fruit), but I’m glad I got to try this since I am surprised by it. Thanks for the sample, Meowster!

Adagio! My favorite brand :) Well, I got this as a free sample when I bought some tea earlier last month. I was in the mood for a white tea today but wanted some flavor.

I opened this bag and the smell was a bit different… I don’t know what I was expecting. Also, the steeped leaves smelled surprising.

I don’t know what I feel about this tea. It called for a 3-5 minute steep with 2 heaping tsp per cup. I followed those directions and this tea is so light that I can barely taste it.

So, after drinking a bit more, I’ve discovered that when you take large sips you can taste the flavor well. It is still a bit too delicate for my taste, so next time ill add an extra tsp and steep for longer. But, I do taste the citrus flavor in this really well (from what I can taste)! This tea is true to what it is described to be. I have not had grapefruit in a while, but I am pretty sure this tastes similar.

Overall, I enjoy this tea but next time I need to steep it longer!