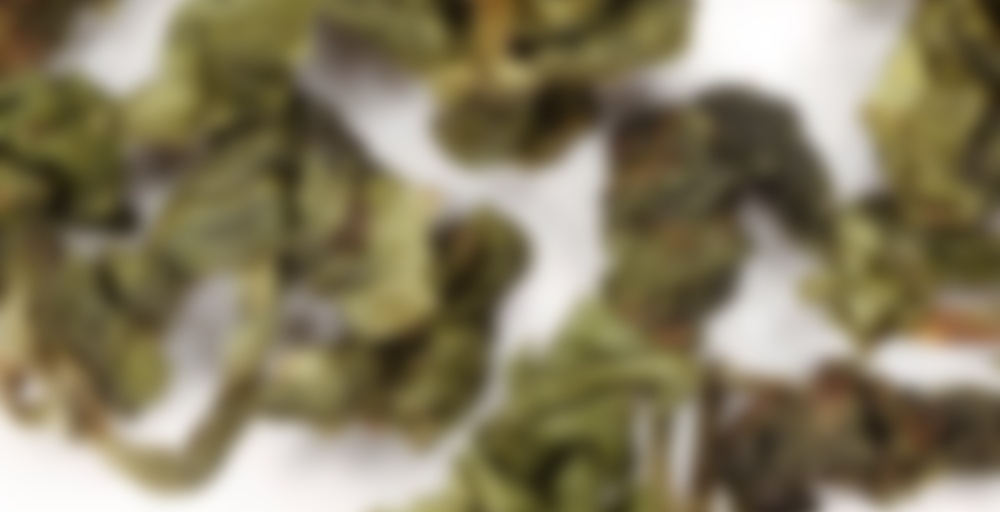 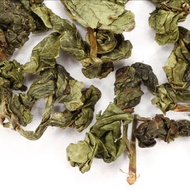 by Adagio Teas - Discontinued
69
You

with 26 Ratings Rate this tea Rate This Tea

Huang Jin Gui is an Anxi oolong whose name means “Golden Flower.” A lightly roasted oolong our “Bolero” reveals an intensity with hints of honey and flowers you will find enticing and seductive.

I’m totally having on of those days where I really just don’t want to be an adult. I want to make a blanket fort, draw pictures and watch Disney. I just kind of hurt all over today.

I popped a fresh set of leaves into the fridge last night after dinner, so this probably about 14 hours. It’s very green tasting with nutty accents, and a bit of pepper. It’s a little like brown butter green beans. It’s quite good this way, and would be nice in the summer.

I totally feel you on the adulthood thing…

Me all month ;P

I think you should build a blanket fort! I love those things, which may explain my fondness of canopy beds. Hope you feel better!

Many many thanks to Michelle for this and many other samples I’m about to make my way through! I do believe that this is my first Anxi oolong that is medium roasted, I have been meaning to try one and Michelle included two! It smelled dark and appealing, though I think all of the packets smell kinda similarly delicious, due to there being bags of caramel, hazelnut, bon bon and lapsang that left me salivating when I opened the box, this girl is certainly not complaining!

I’m glad I brewed this gonfu, though I hadn’t read any tasting notes yesterday. It is nice and woodsy and nutty and actually stood up well to the seasame honey almond I was snacking on last night. It does have a little bit of orchid and green notes as well. My one complaint is how quickly this turns bitter when it cools.

I did revive it this morning and brewed western at the recommended 3 mins, it tolerated the time well, perhaps because I started with shorter steeps last night. In the afternoon I switched to a roasted Tie Guan Yin which I’m reviewing next and I think I find I’m preferring it, though this was a very nice introduction. Thanks Michelle!

Um…not sure about this one. I don’t want to give it a thumbs down yet…but I will say this…

Not much for scent – maybe that of a pale gunpowder prior to steeping. The leaves of this blend are hardcore! OMG! The leaves expand much more than ANY tea I have ever seen! WOW! So…beware…you certainly don’t need much. Having said that…I could have very well oversteeped this with too much from the start…another reason I don’t want to give it a thumbs down yet.

After steeping it smells kind of like dirty socks. I know…NOT cool, eh!? Well, it does calm down a bit as it sits in the cup.

The taste is a choir of bitter, woodsy/bark, and pepper. At first taste a real turn off. The aftertaste is NOT pleasant either. I am really hoping my next attempt at this is more successful. Next time I will have to remember…less…is more…

this review scares me… lol:)

Second that. Does not sound appetizing in the slightest.

try a 20-25 second steep in a yixing pot. This is one of the better oolong’s in the oolong sampler that I got this in. I don’t think I’ll be reordering it, but I do like this tea.

I just had some for the first time before reading your review and I think it is a tea that is a lot more brewing sensitive. I brewed it in a gaiwan with boiling water for around 10 seconds and got excellent results and multiple infusions, which to me came off as being a bit like Pouchong

I got a giant order from Adagio yesterday. Yay! This is the first one I’ve tried. Steeped gong fu in the tasting cup. I’m not scientific with this method; I just kind of toss in a pinch of leaf and steep until I feel like stopping. But it works alright for me.

I like this. The first few steeps were a bit blah, but then it started to get creamy and sweet and smooth. It’s a great oolong.

I’ve had the last of this in storage for awhile, but it still packs quite a punch. Still full bodied and sweet. Lovely!

Super short steep time. Easy to oversteep and completely ruin. I can’t believe the tin says 3 minutes. That amount of time makes it taste like dirty rotten tree bark that’s been soaking in urine. However, with a 15-30 second steep max, this tea yields a smooth yet slightly bitter flavor. The hints of flowers in the Adagio description means that it taste like eating flowers, not a floral smell. So if you don’t like the edible variety of flowers, then you won’t like this tea. The hints of honey are an outright lie. Not a sweet tea by any means.

I didn’t use anything in this tea.
The taste up front is a dark-astringent oolong which fades into a sweet finish that also fades quickly. Very weak mouth and no lasting impressions what so ever.
Meh.

If you don’t like it, I’ll take whatever you have left.

Works for me… want to trade?

Sure, wanna try a rootbeer rooibos? I have almost a full ounce. I only had one cup. My email on my profile info.

I need to write more. Boo.

So after the leaves from a mystery-origin (Protip: don’t label tea tins with post-its) TKY were spent, I brewed up some of this, and in contrast to the TKY, this tasted much bolder and very fruity….the fruitiness especially got my attention… golden raisins and white peaches come to mind. I actually enjoyed it more than the TKY, which I found strange, since this tea is much older and lower-quality than the TKY I was drinking. This leads me to a few possible conclusions:

- The mystery TKY I was enjoying before this is actually older/lower grade than I believed, and was just a bad comparison. I’ll be honest in that I was very passively enjoying the TKY while working on a project and wasn’t especially paying a lot of attention to it.
- I have had so much TKY lately that I am burned out on it or it just tastes standard to me, and it was nice to have something different in an oolong.
- This tea has been sitting around so long (seriously, I think I’ve had this little tin for three years) that it magically developed new flavor characteristics with time. Kind of unlikely, I think (at least, I don’t think I’ve ever heard of green oolongs aging well), but I won’t rule it out.

I mean, I’ll be honest, I never thought of this as an amazing tea. I’m pretty sure that this is leftover from a sampler from years ago when I was beginning my tea-tasting journey; I guess in that early phase of trying every tea possible this one fell by the wayside in that awkward category of, “good, but there are better”. So it became a “mixer,” something I would occasionally add a few leaves of to my morning mug-worthy blacks for some extra richness, but not something I considered taking the time to gaiwan-brew. Once I lumped it into that category, it kind of stayed there for years, and I think my tastes have since changed. Honestly, the only reason I decided to brew it is because I only had a tiny bit left, and I’m trying to finish off all my little bits. But this tea really surprised me. I’m a little sad it’s gone.

I don’t think I will order this again (I might, just to settle the nagging theory that it was the age that brought out the best of it), sadly the flavor faded after only a few short steeps but I definitely want to investigate other huang jin oolongs now.

When I was first exploring the tea-world, I guess I latched onto TKY as “BEST OOLONG EVER” and made the mistake of shunning other perfectly good oolongs such as this. Discoveries like this kind of make me kick myself over missed opportunities, but at the same time are pretty exciting; I feel like a tea-newbie all over again!

This invigorating tea is already a favorite of mine, after only two cups. It is extraordinarily fresh and quenches my thirst (even when hot on a hot day!). It is certainly one of the more green oolongs I’ve had, but without any green bitterness. I highly recommend this tea.

Slightly roasted oolong with earthy flavor. I really hoped for promised flowery and honey notes but they never showed up. All I could taste was woodiness and a subtle sweet finish. Aroma was so fleeting that it felt almost non-existant. Falls into “drink and forget” category for me.