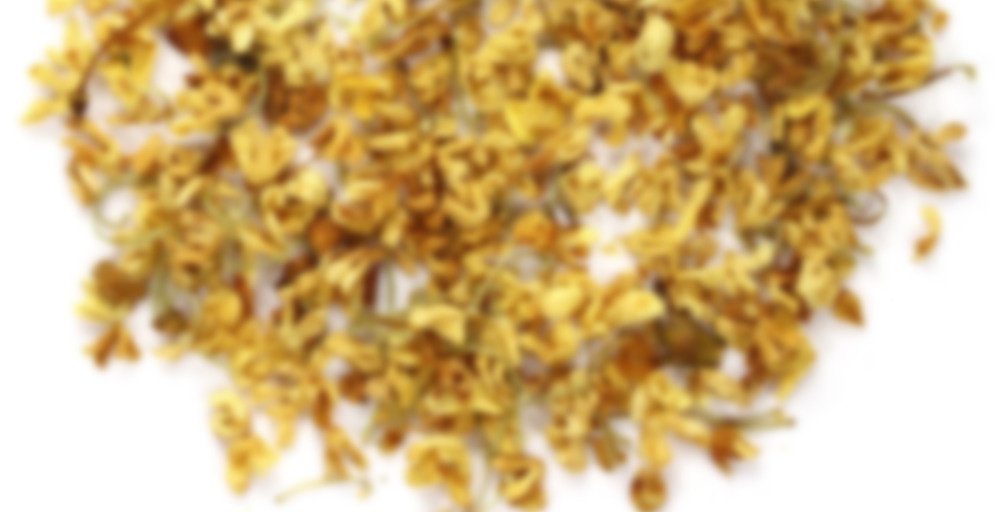 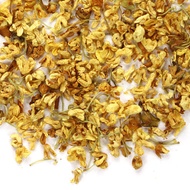 by Adagio Teas - Discontinued
74
You

Haven’t heard of Osmanthus? Don’t despair – you’re not alone. While this fragrant herbal is frequently used to enhance the flavor of black or green tea, we are the first company to offer it pure and unadulterated. Osmanthus is an Asian flower with sharp taste and a floral scent reminiscent of sweet summer peaches.

I’ve been wanting to try this one for a while- it just seemed interesting, so with my last order I grabbed a 10cup sample of it.

The leaves (both dry & wet) smell like an orchard. Brisk and fruity and warm. My first thought was “this smells like September.”

My first sip was horrendous. It was bitter bitter bitter. So much so that I couldn’t find any other flavors in it (because I couldn’t keep it in my mouth!). AAH! Since it’s described as having a peachy flavor, I added a generous dollop of honey to it and… wow… Suddenly it was fruity and juicy. There was a nuttiness to it. Maybe not nut so much as that distinctive peach pit kind of taste. Underneath there was a little hay to it? Not quite sure, but hay was my first impression.

It reminds me a little bit of chamomile, but with a pit fruit flavor as opposed to the more appley flavor of chamomile. A nice herbal that I think would be great as a compliment to other teas.

Boiling 7 min, 0 sec
Yours I Like This
6 likes
0 comments
Edit

I discovered this herbal tea while browsing the herbal selection on the Adagio Teas website. I get my caffeine in the morning when I drink cup after cup of Gunpowder green tea but after a long day of school/work I try to avoid caffeine. Rooibos comes in handy here however I wanted to try something different.

I decided to give Osmanthus a shot. I had never heard of it before. Nothing from Adagio’s herbal selections really stood out to me besides Osmanthus. I purchased a ten cup sampler of loose tea.

I’ve brewed roughly four cups of Osmanthus. I must say that it is difficult to figure out a steep time for this tisane. Adagio recommends steeping Osmanthus anywhere in the ballpark of five to ten minutes. I tried a five minute steep time with my first cup and thought the flavor was a little too weak. I’ve been increasing the amount of time I steep Osmanthus for with each cup.

As for the taste, the longer you steep Osmanthus the stronger the taste. Initially I thought the taste was not strong enough so as I stated before I have been increasing the steep time. I like steeping Osmanthus for 5+ minutes. Anything at 5 minutes or less the herbal tea tastes too watered down. Even at 6 min 30 sec I still feel like the Osmanthus I brewed tastes a little too watered down. I know other people will enjoy the non-overbearing taste of Osmanthus but I seek a bigger punch in my cup if you will.

Overall, I am not disappointed with this selection in the long run. I am more upset that I cannot seem to figure out how to correctly brew a cup of Osmanthus for my tastes. The taste has a sort of syrupy tone to it. It’s not overbearing but it exists. I love to see the deep golden/honey color liquid in my glass mug. I would recommend Osmanthus to anyone who is seeking an herbal selection. It’s worth trying out.

I have not finished my sampler but I feel that once it is gone I will most likely purchase more Osmanthus.

Sample from Nichole. Thank you!

I’ve been curious about this for a while. I always like trying new herbal teas and this sold out before I could put in an order. I wasn’t a fan of this though. When I first opened the package, the smell reminded me of something, but it took me a while to place it. This smells like eyeshadow. I don’t think eyeshadow smells bad, but it’s not something I’ve ever thought of tasting. This just strikes me as really odd.