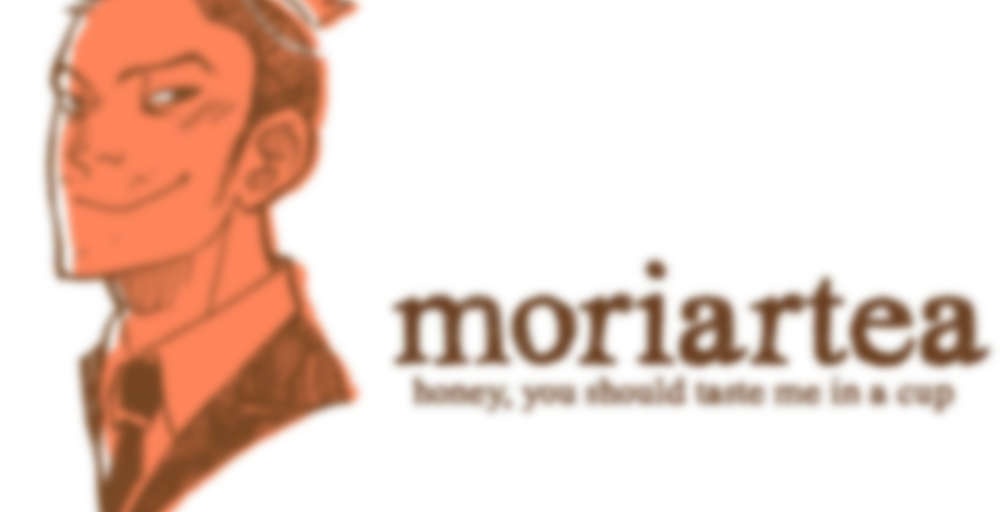 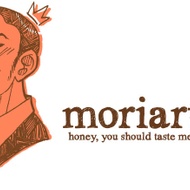 Spicy Chai backed by more ginger. Guaranteed to burn the heart out of you. Because that’s what people BREW.

Inspired by BBC’s Sherlock, which I am in no way affiliated with. This is created purely for my own enjoyment.

Steeping Instructions: Steep at 212° for 3 minutes.

haha… I’m hoping Moriarty is secretly the brother that Mycroft mentions as “the other one” on the newest ep.

Cold brew. Mostly ginger and clove this way, and while I don’t usually enjoy ginger it went really nicely with the rhubarb I ate while I was drinking this. My first tasting note on this tea (which was also my first tasting note ever) was very thorough and I’m not sure I have much more to add except to say that the flavour profile isn’t massively different iced than it is hot, only smoother.

So I made a test run of some chocolate covered popcorn that I plan on serving on my girls night this week :) YUM! I love that sweet and salty combination!
Well after that, I really wanted something different so I reached for this blend. I hadn’t tried it yet, which is surprising considering it was one of the ones I was most excited to try out of the sampler. I guess I would always reach for it and suddenly Moriarty would flash before my eyes “I will BURN the heart out of you!” yikes! The cup is enjoyable, but I was hoping for more cinnamon. I will reach for this when I need an extra kick for sure, but I won’t order a full bag of this one.

BECAUSE I LOVE MORIARTEA.
I don’t own him, but Monica does and we have tea parties every week aaand MORIARTEA TIME. I’M EXCITE. BEST TEA EVER OKAY.

This was another Friday try, but due to a busy weekend I never did get chance to write a note. Quite a few of the Sherlock blends are chai-based, it seems, which is okay with me because I rather like chai. I used 1 tsp of leaf, and gave it 4 minutes in boiling water. I added a splash of milk.

This is probably my favourite of them so far – a relatively normal masala chai blend (good notes of pepper, clove and cardamon), with a strong overtone of ginger spiciness. It wasn’t too hot, or mouth-burningly spicy, although I expect that could be ramped up with a longer brew time or a bit more leaf, or by leaving out the milk. I like it as-is, though. I think it strikes a good balance for my tastes personally.

The fandom aspect is pretty apparent here – Moriarty says he will burn Sherlock, after all, so a spicy blend is more than fitting. It’s not as devilish as it could be (clearly something could be learned from 52Teas Mayan Chocolate Chai), but it’s drinkable, which is definitely more important. And I reckon the spiciness could be increased as I’ve already said, so that’s fair enough. A great cup for a cold evening.

Initially, I found this tea slightly bland. (I like my chai to burn the back of my throat as I drink it). However, as I got better at brewing it, and worked my way towards the bottom of the bag, the spice started to become more powerful. This is an excellent masala chai blend. Also, I adore the label art!

I really like this simple tea (chai + ginger), even if I was expecting a bit more… devilishness from it, after its namesake and all. ;) It’s a solid chai, and one that I do (and will) enjoy often. Having said that, it’s far from an amazing chai ever, so I doubt I’d make a point of restocking it. It’s just nice.

I don’t own this, but I’m putting out a begging note of PLEASE IF YOU HAVE IT AND WANT TO GIVE IT AWAY, PLEASE, PITY A BROKE COLLEGE STUDENT WHO LOVES BBC SHERLOCK AND WOULD ADORE TRYING SUCH A FUN SOUNDING TEA. I know, I’m cheating, putting this as a tasting note…but I REALLY want to try it!!

In other news, WHO HAS FINISHED SERIES 3 OF SHERLOCK? I want to talk to people about it!

I’ve been drinking Moriartea regularly for the past four days. I find it a soothing chai without much of a bite, but then I love ginger. I will probably buy more of this because it is soothing for me.

Sometimes, I worry that I’ll be unduly influenced by character blends and think the tea is tastier because I like the character. Though I’m a huge Moriarty fan, that is not a factor in this tea. It is explosive and awesome, by ANY name.

I should note that I regularly drink 100% ginger root infusions, so I have no problems with a huge wallop of spicy ginger. Moriarty WILL burn the heart out of you if you’re not so inclined.

This is one of my absolute favorite breakfast teas. Tasty, with a nice caffeine pop, and just the kind of warming, stimulating experience from start to finish that helps get me going for the day.

1 Tb tea to 12 oz water, plus a Stevia sweetener equal to 2 tsp sugar.