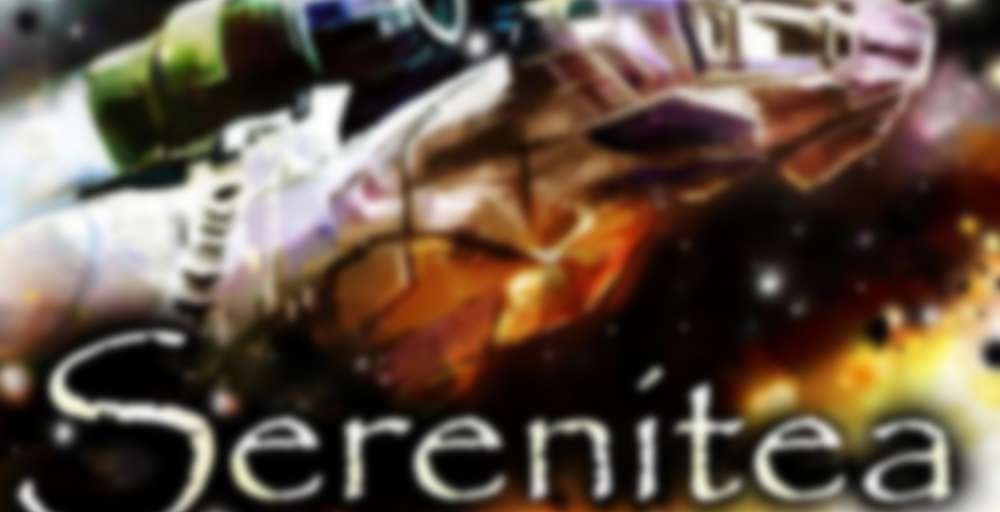 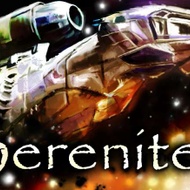 Love keeps her in the air when she oughta fall down, tells you she’s hurtin’ ’fore she keens. Love makes Serenity a home, and love also so happens to makes her a tasty cup of tea, with mint, hazelnut, and slightly smoky gunpowder.

Inspired by Joss Whedon’s Firefly. Art by me.

Steeping Instructions: Steep at 205° for 4 minutes.

I love spearmint and was intrigued by the addition of gunpowder to the blend. I was not disappointed. This is a nicely balanced, and strong, cup of tea!

this is another from variaTEA and while this one is minty fresh, i’m getting zero hazelnut, if that’s what this is supposed to be. to me this is just a cup of mint tea…with a different smell than normal lol ah well, it’s been a refreshing cup :)

I noticed both Roswell Strange and Cavocorax rated this an 80 and tbh I feel as though I am having a completely different experience. This is probably my least favorite Firefly tea of the ones I have tried so far. I mean, it is not bad by any means but I am just finding the spearmint to be overpowering for my tastes. There might be a hint of nuttiness in here but it is not present in a pleasant way. Instead, I am finding that the mint and the nut combine and end on an earthy/vegetal note that comes off almost drying as the sip ends. Perhaps I might enjoy this more cold brewed but if not, I will probably just pass the rest along or drop it into my swap box.

Ha. It’s funny how we all taste different things!

(If you give up on it, I wouldn’t mind more of it to play around with)

In that case, you will probably see this in the next package I send your way.

So the plan was to drink this while watching Serenity but Tre highly distracted me tonight with conversation and now I’ve long finished the tea before starting the movie! Argh! Plus it’s 1 AM and I have work in the morning. I should have just told him to leave so I could watch it…

Anyway, this was I think the weirdest of all the ones VariaTEA sent me. Like, it was super distinctly Hazelnut and Spearmint. Maybe even perhaps the most distinct Hazelnut flavour I’ve had in any tea. Hazelnut on steroids which was also weird because there was no chocolate flavour and I’ve kinda learned to associate the two. And then Spearmint and Hazelnut apparently DO NOT mesh together not that I really expected them to anyway.

It was very much like drinking two totally different teas, just at the exact same time. Which, I suppose, I was technically doing? Because that’s sorta what the fan blends at Adagio are. And as weird as it sounds this was really good though; just super mind boggling. The really problematic part is that now I want more of it because it was good; just not 3 oz. more. Something like 1 oz. would probably be more than enough. Except that’s not an option.

But thank you VariaTEA. This officially finishes off the Firefly teas you gave me and I think it was the perfect excuse/reason to watch and get into the series. And, while I definitely didn’t like all of the teas I found each of them interesting! And I will get around to watching Serenity eventually, just maybe not tonight…

Haha, great tasting note. I get exactly what you mean by drinking two teas at the same time.

I know what you mean about the 3 ounce thing. They have a Cowboy Bebop fandom on Adagio but they don’t offer it as a sampler and I certainly don’t want to buy 3 ounces of all of them at $9 a piece! :(

I felt the same, it made no sense to me but I liked this!

I felt the same, it made no sense to me but I liked this!

Second last Firefly sample from Cavocorax
Thanks for passing it along!

Weird, I thought I’d hate this, based on the ingredients description. Sounds to me like a bunch of stuff thrown together randomly and the tea blender was daring us to drink it so she could laugh.

Ok, that’s a bit of an exaggeration but you get my point of view. Hazelnuts and mint? Wtf?

But it was actually comforting in a bizarre sort of way. It kind of seemed to work well, despite the varying personalities of the individual flavours….wait a minute.

Here’s another lovely sample from VariaTEA! Thanks! :D (206)

It’s a very relaxing spearmint tea, with a bit of green tea in the background, and the ocassional comfort of hazelnut rising to the top. Thumbs up!

Yay! I am glad you have been enjoying them.

And I really am enjoying them so far! I’m trying to try them so I can send the rest to whatshesaid!