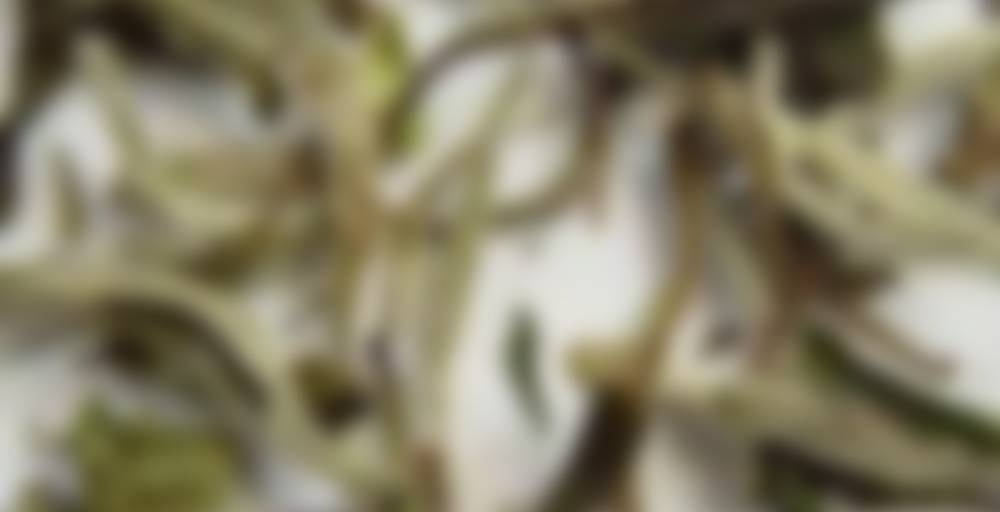 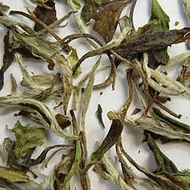 Hm, interesting – I didn’t have high hopes for the White Mulberry (Like, what’s a white mulberry, anyway? What’s its purpose?) and there were no reviews to read, really, but I ended up absolutely loving it – this one, on the other hand, was talked up by a certain T, so I thought it would be something similar to White Temple. (All these ACP whites!)

But… it’s really not. I think this would really shine as an iced tea, though, much like White Temple. Steeped hot, however, it comes off a little flighty.

Elderflower is tricky – I used to make concentrate every year, using it for sorbets and ice creams and lemonades and cakes and whatnot, so I know my elderflower notes; and this is good – a good elderflower. (I just used ‘elderflower’ three times in one sentence! Is there a special prize?) However, it’s so very subtle when hot that this delicately balanced little flavouring is nearly lost.

In terms of the pomegranate I know is supposed to be in here, I don’t really know. The aftertaste is more one of fruity candy than pom, to my palate. Any other flavour notes are sort of swallowed up by this lingering sweetness.

But yeah – iced. Next time, definitely.

I have been drinking this tea three times now and it’s so delicious that I can’t stop drinking it. When I smelled on the tea at A C Perch Tea Shop, my first thought was candy. The tea had a sweet but sourish and fresh scent. I think it’s because of the pomegranate and elderflower. First time I tasted it was as a takeaway and from the first sip I loved it. The flavour of pomegranate comes as an aftertaste, which makes the tea even more interesting and more tasty. At first I didn’t catch the name of the tea and I was searching for the “right one” for a couple of days until I found it. When I finally got it, I loved it even more. So this one I can really recommend. I prefer to drink the tea warm but it’s also good as an ice tea and lukewarm.

Do you like this one more than White Temple?

Yes I think so. I like them both a lot really. But this one, I just can’t handle it!

Well, this one wasn’t finished. The rose was all that came through, sadly. The rose was definitely stronger in scent than flavour, but with so many teas behind I wasn’t in the mood to drink the whole cup of this one.

Also, I think the ingredients of this one have changed since the original notes. The booklet that comes with the calendar states: “White tea (China), pear pieces, flavoring, pomegranate pieces, rose leaves, cardamom, vanilla pieces”.

Thanks for this sample, Greenteafairy! A leafy Pai Mu Tan type with a candy peach flavor. I wish I had saved this one for summer! There seemed to be other ingredients than the peach (like a cardamom pod? Hmm.) and there also seemed to be other fruit flavors that should have made an appearance, but I didn’t find those. An okay blend!
Steep #1 // 2 tsps // 20 min after boiling // 1 minute steep
Steep #2 // few minutes after boiling // 2-3 min steep

Wow, I don’t know how these dudes blend their teas but they tell you to steep this white one for 5-8 minutes :O So umm… I did exactly that, although reluctantly, and voilà! It tastes… really good, actually!

No, it did not come out bitter. Not at all. It smells a little tart, but it’s a good kind of tart… like the promise of tropical fruit. The way it tastes holds up to its aroma promise I think. There’s definitely pineapple and peach… Not sure about the elderflower, I mean, what is it supposed to be anyway? Oh, there’s also supposed to be pomegranate, but it’s wonderfully subtle. I am used to pomegranate hogging all the room for itself in blends (usually it turns out it’s hibiscus, not pomegranate, anyway!) and here it is more in the background.

It gets better as it cools… Nothing about it tastes artificial. It reminds me a little of American Tea Room’s Bliss green & white blend, but this one is IMHO better. I really like it!

Big thank you to Anna for sending me a sample! :)

Weirdo steeping times on those, I know. So cool that you got around to trying this! Did I send you the White Mulberry, too?

I don’t think I got that one, Anna! I just checked. Is it as yummy as this one? :D

I like the mulberry more, but my friend likes the symphony, so I’d say it’s a matter of taste. The absolute best, though, is the White Temple. Next swap!

White Temple… I think I saw that one in the swaps! I must try it soon! Let me know whenever you’re ready for the next international swap :D