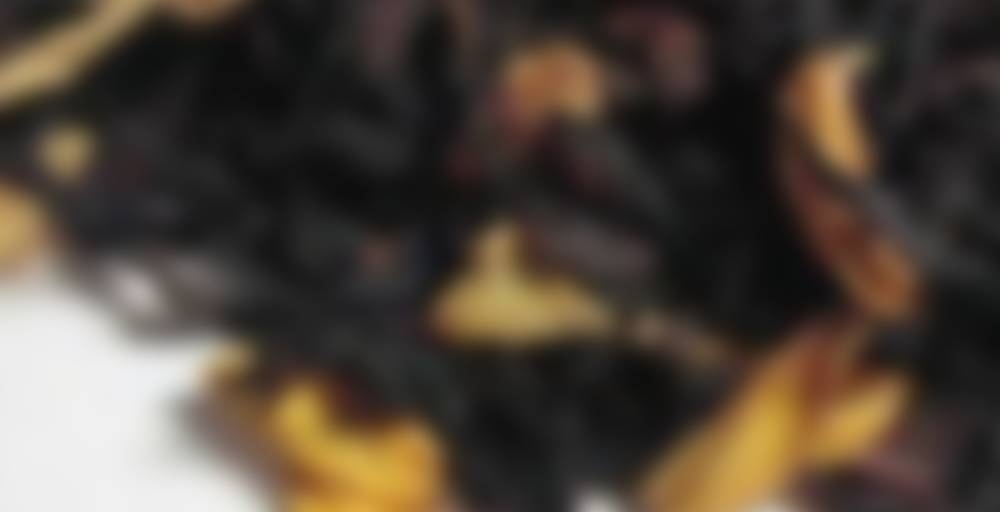 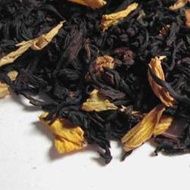 The dry leaves have a strong orangey aroma which reminds me rather a lot of the orange pu-erh from Nothing But Tea, which I’m very fond of. That one currently holds the place of my ideal orange tea, so I find this aroma quite assuring. But it is very strong indeed. So strong that I actually had a small coughing fit because the sheer strength of the aroma tickled my throat so much.

I wasn’t looking specifically for anything orange flavoured when I bought this. It was partly based on aforementioned orange pu-erh, yes, but mostly it was because I was getting a generally wide selection of fruity teas and I thought I might as well include it. I actually got a couple of things that I probably wouldn’t have tried otherwise on that occasion. I think, with this order, I’ve now bought every single fruity black that AC Perch’s has to offer at one point or another (there are some that I’ve had before and didn’t stock up on), except for the more fanciful blends with more than one flavouring ingredient and also excepting the many different varieties of Earl Grey that they have.

Anyway. After steeping the aroma is a more tolerable level of orange intensity, although it’s still pretty overwhelming. I can’t find anything of the base tea underneath and I wonder about the wisdom of choosing a Chinese black as the base rather than a Ceylon. I wonder if maybe a Ceylon would have been better able to hold it’s own against the flavouring. Or perhaps that’s all just because I’m used to the significantly stronger pu-erh base. I really mustn’t compare with that one, it’s completely unfair. It’s hard not to, though.

The colour of the tea is quite dark and you know what? On the first sip, it is similar to the orange pu-erh! It’s a bit less of a murky flavour but it’s the same sort of orange. The flavouring is very strong and the base isn’t really coming to it’s right, and this is the only real difference between this and the orange pu-erh.

It’s a good alternative to the orange pu-erh in a pinch, but I do prefer the pu-erh to this one, mainly because the base is more assertive in that one. In the meantime, I think I shall rather enjoy this one.