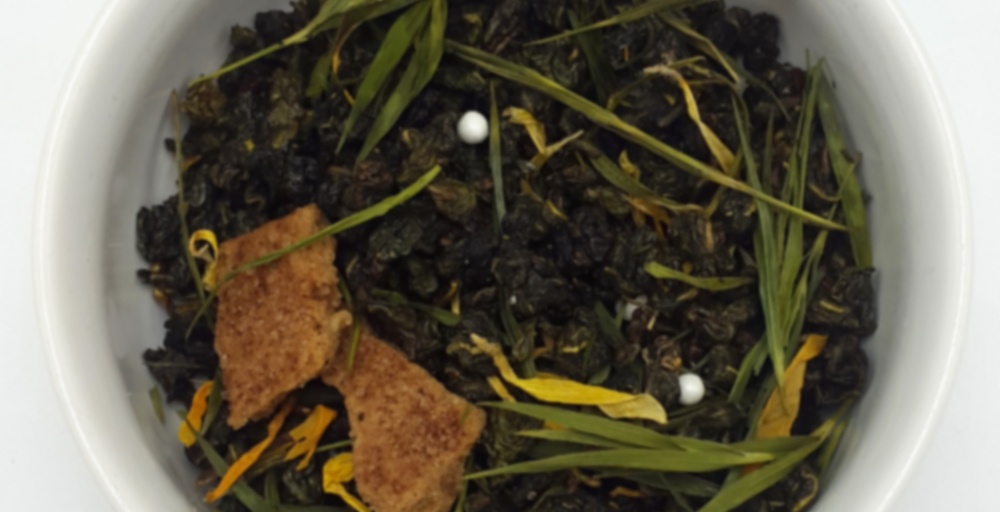 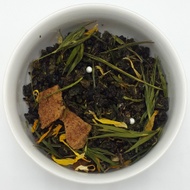 We started this with a naturally sweet and slightly floral jade oolong and added sweet lime, lots of cream and a rich custard flavor to make a tea that smells good enough to eat. And even better to drink! This is a gluten free pie experience!

This tea is limited run, so once it is gone, it’s gone for the season. It is sold only in 0.5oz quantities.

All orders come in resealable packaging and include a reusable muslin cotton tea bag.

I expected this to be similar to the flavour of the tea brewed hot, but I found it very woody, herby, and nothing like key lime or graham cracker/pie. Nothing sweet or creamy, either. I recommend sticking to brewing this hot.

The bag smells like key lime, but lime green skittles. As soon as I soak the leaves with hot water-thick, buttery cream blams into my nose with the key lime. I was not counting time, but it could not be more than two minutes and thirty seconds. Water at around 200 F, 6 ounces, a little over a teaspoon. The leaves opened up quickly.

First taste, key lime pie. Moslty key lime custard with a strong, but thinner cream note. The cream flavor blended into the oolong perfectly. It actually made me think of Mandala’s Milk Oolong in a weird way. Specifically, the first five second steep where you can taste a weird buttery creamy candiness. It was not nearly as thick as the Mandala’s Milk, but still milky nonetheless. Some might disagree with my comparison, but the creaminess is there. The graham cracker is a lot more subtle, but if you pay attention, it’s there.

Steep two at about four minutes, lime is what I taste the most. Not quite as creamy as before but still a hint creamy.

More will be written. Expect me to edit this.

I can say that I wish Lauren always had a Jade blend up because she has done a good job with every one that I tried.