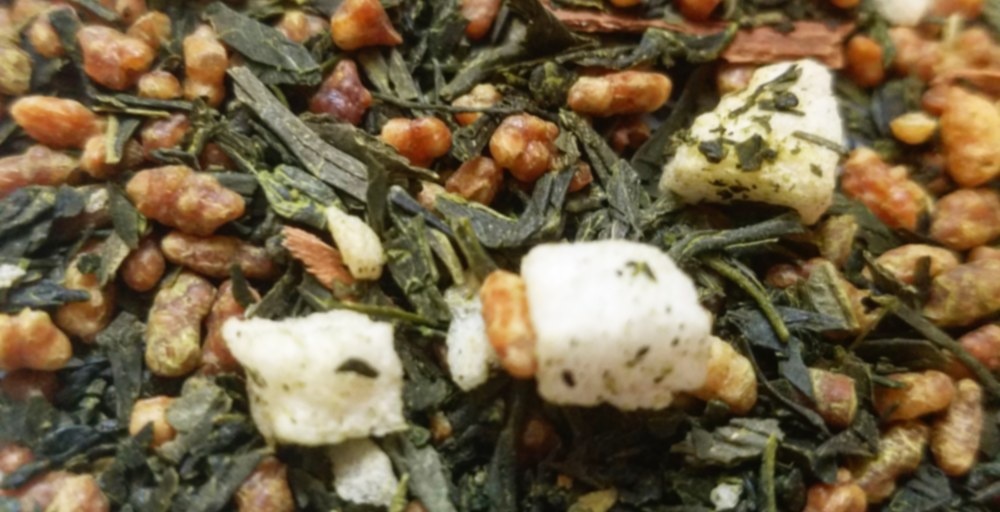 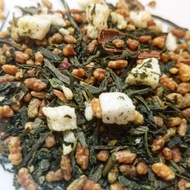 I love rice pudding – and what better tea base to utilize for a rice pudding blend than a Genmaicha? And since Mat’s birthday is right around the corner, I decided to add his favorite fruit flavor to this sweet, creamy blend: apple!

I didn’t go heavy on the apple – I didn’t want the apple to overpower the creamy notes of smooth pudding that I’ve got going on here. To enhance the apple, I added some real cinnamon bark.

So here it is: our organic Matcha infused Genmaicha blend with lots of creamy, custard-y notes, vanilla bean, apple bits & chunks of real cinnamon bark. This is so yummy!

Honestly, don’t remember this one well enough to write about it. Sad. It was probably either in the ok to fairly good range, otherwise my memory would be stronger, but I can’t even remember if it was creamy enough, mostly apple….

I have never been a big fan of genmaicha: to me it tastes to ricey, strong and untamed. Not exactly what I expect from tea. This mix, however, skillfully balanced the unique genmaicha flavor and made it way more palatable for people like me.

The dominant flavor of this tea is still a toasted rice with all of its grainy pungency. However, there is a notable smoother strain of cinnamon at the tail which makes it less one-dimensional. The same is true of the taste: the green tea provides the tanginess, while cinnamon and vanilla add some much-needed sweetness. Overall, it is still a potent and strong drink but way more complex and balanced, suitable for a wider variety of moods. Well done.